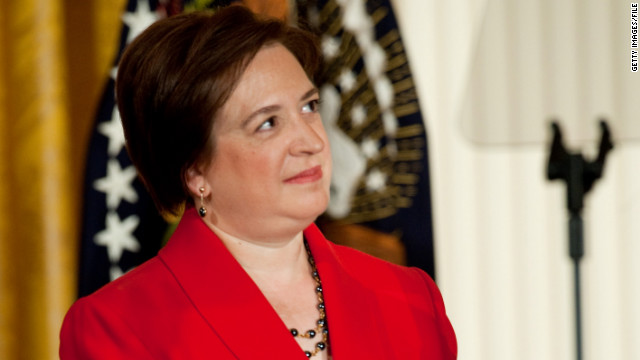 Washington (CNN) - Justice Elena Kagan has some exciting news: "I shot myself a deer."

New York City native Kagan revealed over the weekend that she and conservative colleague Justice Antonin Scalia have expanded their hunting forays. 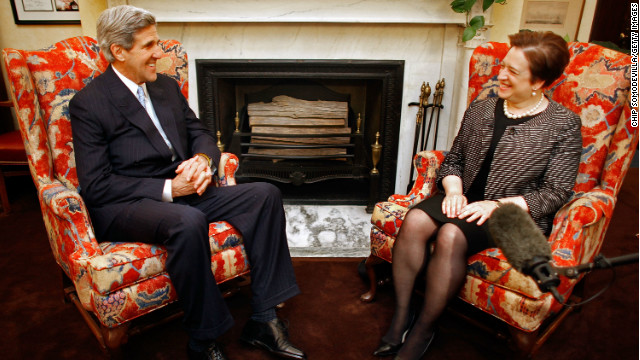 "He knew her well from the Clinton White House and from Massachusetts," Nuland said.
END_OF_DOCUMENT_TOKEN_TO_BE_REPLACED

Washington (CNN) - The Supreme Court has turned aside a motion from a political advocacy group that sought to argue Justice Elena Kagan should not participate in the upcoming blockbuster appeals over the constitutionality of health care reform.

The justices without comment on Monday denied the request from Freedom Watch. Kagan herself did not get involved in this particular motion. 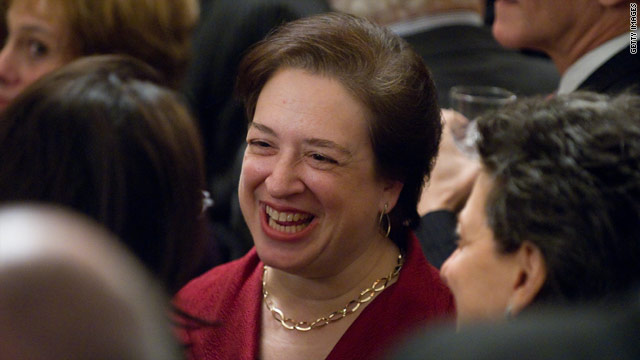 Washington (CNN) - A federal judge on Friday turned aside a request the Justice Department turn over more documents related to the role Justice Elena Kagan played in appeals over the sweeping health care law, while she was a top Obama administration official. 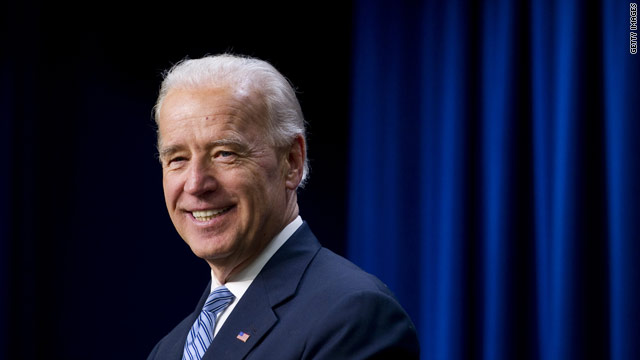 (CNN) – Vice President Joe Biden reported for jury duty in Delaware Monday morning, but he was not chosen to sit on a jury.

The White House announced early Monday that Biden, who served for nearly four decades as a U.S. senator from Delaware, and who often retreats to his Wilmington family home on the weekends, would "participate in the standard jury selection process in his capacity as a private citizen" at the New Castle County Courthouse in Wilmington.
END_OF_DOCUMENT_TOKEN_TO_BE_REPLACED

Washington (CNN) - Politics is serious business - but not all of the time.

The most informed juror

"Sporting dark trousers and a checkered patterned sweater jacket, she sat quietly, reading through what appeared to be a legal brief and making handwritten notes in the margin," ABC News' Devin Dwyer reports.
Full Story

Washington (CNN) - Noisy protests at military funerals, immigration reform and violent video games are among the issues on the Supreme Court's docket as the high court begins its new term Monday.

The term also marks the debut of Justice Elena Kagan on the Supreme Court and the first time three women will serve on the nine-justice panel.

Roughly 52 appeals are currently on the high court's schedule. About another two dozen are expected to be added in coming months.

But Kagan, 50, will recuse herself from at least 24 cases already on the docket. That means she will not sit in oral arguments or vote on the outcomes.

Washington (CNN) - Elena Kagan, building on a long, diverse legal career in government and academia, was officially sworn in as the 112th justice at the Supreme Court on Saturday, promising to "faithfully and impartially" discharge her new judicial duties.

With friends, family and four of her new colleagues looking on, the 50-year-old Kagan took the judicial oath in the court's wood-paneled West Conference Room. It was only the second time such a ceremony was televised at the court.

Chief Justice John Roberts administered the 62-word oath, required of all federal judges. In a private ceremony just moments before, Kagan took a separate constitutional oath across the hall. Both are necessary for her lifetime job to become official.

Kagan beamed as she waved to relatives and guests when walking in for the public ceremony. Among those in the ornate room were her two brothers, as well as former colleagues from the Justice Department, where she served as solicitor general before being tapped by President Obama for the high court on May 10.

END_OF_DOCUMENT_TOKEN_TO_BE_REPLACED

Elena Kagan was confirmed Thursday by the Senate. She is pictured here being sworn in before the Senate Judiciary Committee. (PHOTO CREDIT: Getty Images)

Washington (CNN) - Solicitor General Elena Kagan was easily confirmed Thursday as the next associate justice of the U.S. Supreme Court, completing the 50-year-old native New Yorker's climb to the peak of the American legal profession.

The 63-37 vote was more than enough to blunt any possibility of a last-minute Republican delay or filibuster. Opposition during three days of Senate floor debate was relatively subdued.

Kagan is set to begin a lifetime position as the nation's 112th justice. Administration officials anticipate she will sworn into office Saturday, when she takes the traditional constitutional and judicial oaths. She will then assume her court duties immediately.

Her brisk confirmation was a political victory for President Barack Obama - who placed Justice Sonia Sotomayor on the high court last year - and for Senate Democrats.