(CNN) – President Barack Obama’s European tour – originally focused on nuclear security and a first-time meeting with the new Pope – has taken on new urgency as international allies seek ways to punish Russia for its incursion into Ukraine.

Obama’s four-day continental excursion still features some Old World flair at the newly refurbished Rijksmuseum in Amsterdam, Netherlands, and a tour of the Colosseum in Rome. But amid the Vermeers and ancient ruins, the President must try to rally European leaders around a tougher response to Russian President Vladimir Putin’s movement into the Crimean Peninsula.

END_OF_DOCUMENT_TOKEN_TO_BE_REPLACED 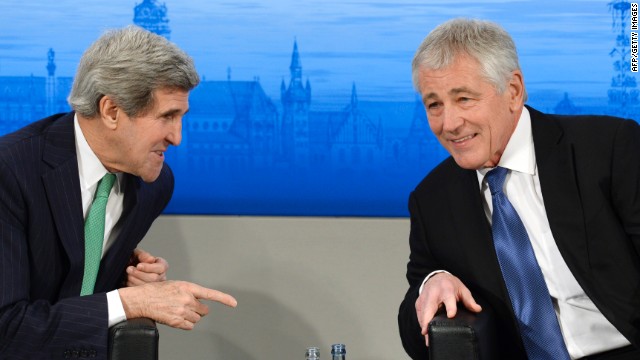 END_OF_DOCUMENT_TOKEN_TO_BE_REPLACED

Washington (CNN) - President Barack Obama will travel to Portugal in November for a summit with the leaders of the European Union, the White House announced Tuesday.

The meeting on November 20 in Lisbon will include European Council President Herman Van Rompuy and European Commission President Jose Manuel Barroso, according to a news release.

"The president looks forward to this opportunity to meet again with EU partners, to reaffirm our transatlantic agenda, and to advance our cooperation on issues of mutual concern," said the release, which called the U.S.-EU economic relationship "vital to global prosperity."