Washington (CNN) - The Federal Emergency Management Agency said Thursday it is recalling some furloughed workers to help prepare for Tropical Storm Karen, expected to strike the Gulf Coast this weekend.

About 86 percent of the agency's staff was furloughed Monday due to funding issues associated with the government shutdown.
END_OF_DOCUMENT_TOKEN_TO_BE_REPLACED

(CNN) - The Federal Emergency Management Agency has denied additional aid tied to deadly explosions at a Texas fertilizer plant, a decision ripped Wednesday by local and state officials who accused President Barack Obama of having "gone against his word."

FEMA's administrator informed Gov. Rick Perry in a letter Monday that it was denying a request to declare West, Texas - the small town where an April 17 fire led to simultaneous blasts at a fertilizer distribution facility, killing 15 and decimating homes, businesses and more within 37 blocks - a "major disaster" area. The letter noted Obama had previously issued an emergency declaration and other measures that paved the way for some direct federal assistance.

Fifty-nine percent of people questioned in a Washington Post/Pew Research Center survey released Wednesday say federal emergency aid does not need to be offset by cuts elsewhere in the budget, as some GOP lawmakers have urged. Nearly seven in ten Democrats, 57% of independents, and even 52% of Republicans questioned agree.
END_OF_DOCUMENT_TOKEN_TO_BE_REPLACED

Washington (CNN) – Lawmakers in the House of Representatives approved measures Tuesday to send more than $50 billion in aid to the Northeastern states ravaged by Superstorm Sandy last fall, though some conservatives in the House were pushing for spending cuts that would offset the cost of the recovery package.

The final bill passed 241-180, with 49 Republicans voting for the measure. The package now heads to the Senate.
END_OF_DOCUMENT_TOKEN_TO_BE_REPLACED 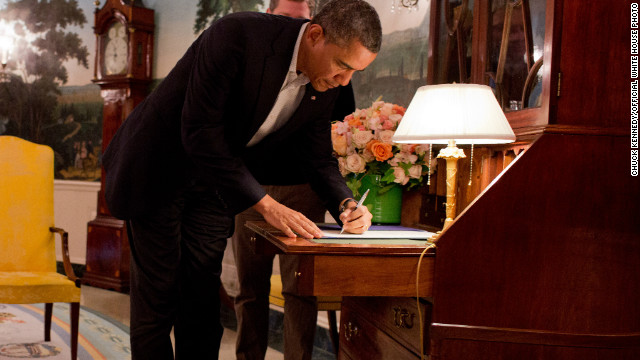 The measure passed the House on Friday, 354-67. The Senate approved the measure unanimously and without debate. The new law includes more than $9 billion to help the government pay flood insurance claims.
END_OF_DOCUMENT_TOKEN_TO_BE_REPLACED

The measure passed the House, 354-67. The Senate did so unanimously and without debate.

This summer, the Republican senator made headlines when he held up a bill re-authorizing the National Flood Insurance Program by attaching a non-related "personhood" amendment that called for defining life as beginning at conception.
END_OF_DOCUMENT_TOKEN_TO_BE_REPLACED

(CNN) - President Barack Obama visited the headquarters of the Federal Emergency Management Agency in Washington Wednesday morning ahead of his trip to New Jersey to assess storm damage with the state's governor.

Obama last visited FEMA on Sunday ahead of the storm, which damaged huge swaths of the East Coast. 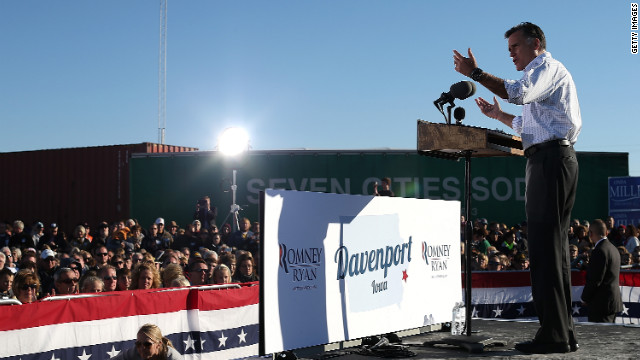 Romney joined the representatives from the agencies, as well as officials from the Department of Homeland Security, on a 20-minute phone call at 4 p.m. ET while the GOP nominee was in Davenport, Iowa for an event, according to campaign spokesman Kevin Madden.
END_OF_DOCUMENT_TOKEN_TO_BE_REPLACED

(CNN) - A short-term spending measure to fund the federal government into next week won approval Thursday from the U.S. House and now goes to President Barack Obama's desk.

The measure was part of a bipartisan agreement intended to end a dispute over disaster relief spending that threatened to cause a partial shutdown of the government when the current fiscal year ends at midnight Friday.