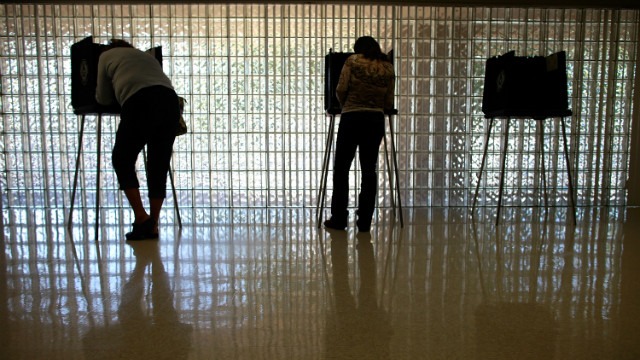 It's official...the votes are in

(CNN) - Mitt Romney may have lost the presidential race to President Barack Obama, but he can find some comfort in knowing that he beat at least 68 other Americans who received votes for president in November. In fact, 2.2 million voters cast their ballots for someone other than Obama or Romney, comprising 1.7% of the total vote.

END_OF_DOCUMENT_TOKEN_TO_BE_REPLACED

(CNN) - Libertarian presidential nominee Gary Johnson weighed in Friday on his potential impact on the 2012 presidential race during an interview with CNN's "Newsroom."

"Where are the majority of Americans being represented by either of these two (parties). And I'll just tell you from my viewpoint, what I'm representing is the fastest growing segment of American politics today. The whole Libertarian movement," he said. "We'll see what happens on Election Day."

Washington (CNN) - Gary Johnson and Virgil Goode have no chance of winning the November 6 presidential election, but the two "third-party" candidates could have an impact on who does.

Together, Johnson of the Libertarian Party and Goode of the Constitution Party are in position to siphon a few thousand votes from Republican Mitt Romney and perhaps President Barack Obama in some of the handful of battleground states considered up for grabs and therefore decisive in determining the winner.

Washington (CNN) - Not invited to participate? No problem. Just declare yourself the winner.

Washington (CNN) – Gary Johnson's poll numbers may not give him much-of-a shot at winning the presidency, but in the latest CNN/ORC Poll, he is registering enough of a following to possibly tip the balance in an increasingly close election.

Three percent of likely voters responded that they would vote for Johnson, the Libertarian Party's candidate for president, in November. That number is slightly higher among registered voters, with 4% identifying with the former governor of New Mexico.
END_OF_DOCUMENT_TOKEN_TO_BE_REPLACED

(CNN) – Former GOP presidential candidate Gary Johnson won and accepted the presidential nomination of the Libertarian Party on Saturday, which his campaign said earns him a spot on November ballots in all 50 states.

Johnson, a former governor of New Mexico and business owner, won the nomination with more than 70% of the vote at the party convention in Las Vegas. He entered the Libertarian primary race after dropping his 2012 Republican bid in late December.
END_OF_DOCUMENT_TOKEN_TO_BE_REPLACED

(CNN) - Gary Johnson, who announced this week he was withdrawing from the 2012 Republican race to seek the Libertarian presidential nomination, urged his Iowa supporters Saturday to back Ron Paul in Tuesday's caucuses.

Libertarians have long identified with Paul's views, which espouse limited American military involvement abroad and a reduced role for government at home.
END_OF_DOCUMENT_TOKEN_TO_BE_REPLACED 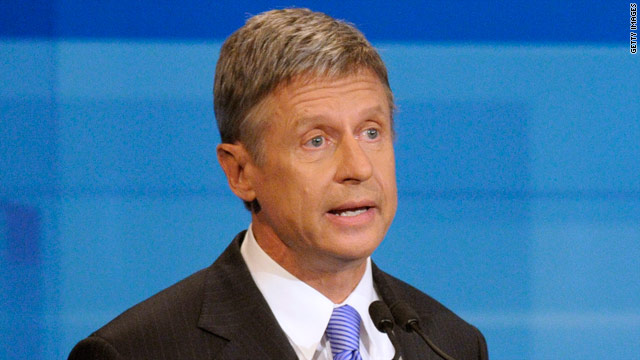 Calling his choice "both a difficult decision-and an easy one," in a statement, Johnson decried the Republican presidential nomination process and pledged to bring a "libertarian voice" to the 2012 race.
END_OF_DOCUMENT_TOKEN_TO_BE_REPLACED 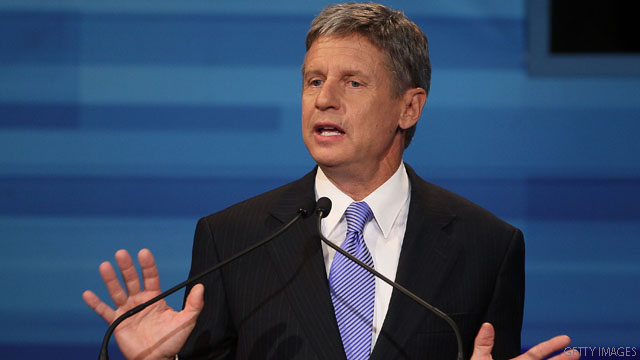 Johnson has been running for president on the Republican ticket since April but has struggled to break above the low single digits in poll numbers.
END_OF_DOCUMENT_TOKEN_TO_BE_REPLACED