The Obamacare echo chamber: Neither side will budge

WASHINGTON (CNN) - As a potential government shutdown inched closer Saturday morning, the Obama administration reiterated that it will not negotiate with Republicans over delaying the president's signature health care law.

A day after President Barack Obama said any attempt to "gut" or repeal the Affordable Care Act "will not happen under the threat of a shutdown," a White House official echoed the commander-in-chief, telling CNN's Jim Acosta a continuing resolution that alters or delays Obamacare will not merit the president's signature.

END_OF_DOCUMENT_TOKEN_TO_BE_REPLACED

"The fact is you have to make the system work," Carney told reporters during the White House press briefing, arguing that one of the most popular aspects of the Affordable Care Act, the protection of those with preexisting conditions, cannot work without the individual mandate.
END_OF_DOCUMENT_TOKEN_TO_BE_REPLACED

For the second time this month, Carney on Thursday challenged a reporter to a debate on CNN's "Crossfire."
END_OF_DOCUMENT_TOKEN_TO_BE_REPLACED

"I think that the American people, at least in my assessment, appreciate a commander in chief who takes in new information and doesn't celebrate decisiveness for the sake of decisiveness," Carney said in the daily press briefing.
END_OF_DOCUMENT_TOKEN_TO_BE_REPLACED 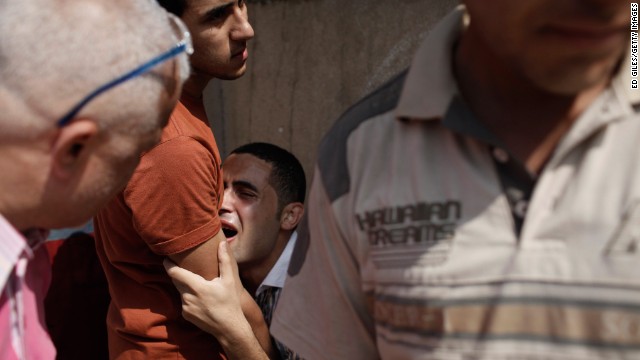 White House: no immediate cut in U.S. aid to Egypt

Washington (CNN) - When is a coup not a coup?

According to White House spokesman Jay Carney, when it is an "incredibly complex and difficult situation" involving key Middle East player Egypt that requires more time to figure out what response would be in the best interest of the United States as well as promoting democracy in Egypt.

"I'm not going to get into a back-and-forth with Chairman Issa," Carney said, laughing it off at the daily press briefing.
END_OF_DOCUMENT_TOKEN_TO_BE_REPLACED

(CNN) - The Internal Revenue Service controversy took a few sharp turns this weekend, with the Cupid Shuffle, lavish hotel expenses, and the head-turning "L-word" finding its way into the mix.

Gone were Tuesday's repeated expressions of frustration, stern demeanor, and the suggestion that questions about scandals relating to the IRS, Benghazi talking points, and investigations of media outlets had become as frivolous as those that were raised about President Obama's birth certificate.
END_OF_DOCUMENT_TOKEN_TO_BE_REPLACED

"I can tell you that in our conversation yesterday, [President Obama] reiterated just how important he believes it is that reporters, that all of you and your colleagues, are able to do your jobs in a free and open way," said White House Press Secretary Jay Carney at Tuesday's press briefing.
END_OF_DOCUMENT_TOKEN_TO_BE_REPLACED

Video: Carney comments on 'many faces of Jay'