And yet, for a moment, the crowd gathered at the American Policy Summit's opening night on Friday did turn on Rep. Joe Barton as the Texas Republican explained his party's push for budget cuts in the House. The three-day summit is sponsored by the Tea Party Patriots, among other key groups in the movement.
END_OF_DOCUMENT_TOKEN_TO_BE_REPLACED 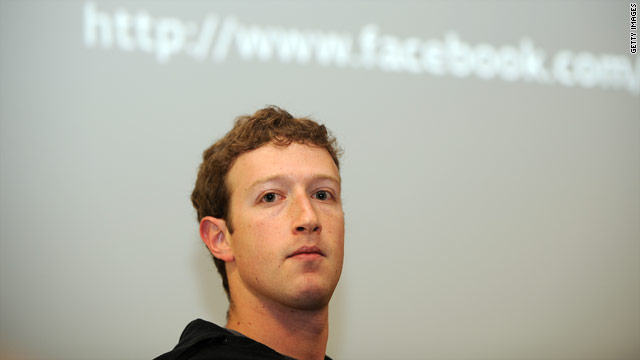 Partisan barriers broken down in the name of baseball bets

(CNN) – Apparently all it takes to break through Washington's seemingly never-ending cycle of partisan gridlock and stubbornness is a couple of devoted baseball fans.

The proof is in the pudding. Well, actually, it's in the pecan pie.
END_OF_DOCUMENT_TOKEN_TO_BE_REPLACED

A 'slush fund' no more, apparently

Last month, the Texas Republican came under intense criticism from members of his own party and was forced to issue an apology after calling BP's agreement to set up a $20 billion fund for victims of the Gulf oil spill "a shakedown" by the Obama administration. Despite the apology, Democrats used the comments to spark fundraising and gain political ground.

Barton, who also called the $20 billion a "slush fund," came face-to-face Tuesday with Kenneth Feinberg, the independent special master of the fund, and prefaced his first question with an emphatic message.

END_OF_DOCUMENT_TOKEN_TO_BE_REPLACED

Washington (CNN) – The Democratic National Committee is rolling out a new television commercial that criticizes two Republicans – one for his comments on the Gulf oil spill and the other for his recent comments about Capitol Hill's response to the financial crisis that began in late 2008.

The ad hits House Minority Leader John Boehner, R-Ohio, over his comments last week to the Pittsburgh Tribune-Review, where he said the financial regulatory overhaul favored by Democrats amounted to "killing an ant with a nuclear weapon."

The other Republican criticized in the ad is Texas Rep. Joe Barton – who endured weeks of criticism after he apologized to BP over the $20 billion account to pay damages claims that the company created at the request of President Barack Obama.

The 30-second spot will start airing Tuesday on cable stations.

Obama weighs in on Boehner and Barton controversies

[cnn-photo-caption image= http://i2.cdn.turner.com/cnn/2010/images/06/30/art.getty.obama.3.4.jpg caption="President Obama is in Wisconsin on Wednesday touting his economic plan."]Racine, Wisconsin (CNN) - President Barack Obama takes his economic message on the road Wednesday, traveling to Wisconsin to hold a town hall on the economy. But he also plans to use the forum to take aim at some recent controversial comments by two top Republicans.

"We already tried the other side's ideas. We already know where their theories led us. And now we have a choice as a nation. We can return to the failed economic policies of the past, or we can keep building a stronger future," the president is expected to tell an estimated audience of 1,300 in Racine, Wisconsin, according to excerpts of Obama's speech released by the White House.

The president's event comes one day after the stock markets on Wall Street tumbled, following a report showing a slump in consumer confidence and signs of a bigger slowdown in the global economy.

END_OF_DOCUMENT_TOKEN_TO_BE_REPLACED

A handful of fellow House Republicans wanted Barton to lose his post after the Texas GOP lawmaker described BP's agreement to establish a $20 billion fund for oil spill victims "a shakedown" by the Obama administration and apologized to the oil giant. Barton later retracted his comments after being shelled by criticism from both Democrats and Republicans.

House Minority Leader John Boehner, R-Ohio, emphasized that Barton had apologized again for making those remarks and noted that the issue was now "closed."
END_OF_DOCUMENT_TOKEN_TO_BE_REPLACED

DNC out with second 'Barton-BP' ad

The new ad includes video of GOP Senate nominee Rand Paul of Kentucky, Republican Rep. Michele Bachmann of Minnesota, House Minority Whip Eric Cantor of Virginia, and Barton apparently sticking up for BP, saying the Administration should "stop demonizing BP," that holding the oil company accountable is "un-American" and that the escrow fund is "extortion" and a "shakedown."

Barton, the senior Republican on the House Energy and Commerce Committee, ignited a political firestorm Thursday, during questioning of BP chief Tony Hayward, when he called BP's agreement to set up a $20 billion fund for spill victims "a shakedown" by the Obama administration. And Barton apologized to BP.

Barton's remark drew immediate criticism from Democrats and even Republicans. Under pressure from House GOP leaders, Barton later retracted his apology to BP and said he was sorry for using the term shakedown.

In an e-mail Friday morning to supporters, the DNC asked for donations to begin running a television commercial ad targeting Barton's remarks. The DNC says those contributions led to the airing of a first commercial on national cable TV, which said "Republicans apologizing to BP? Tell Republicans: Stop apologizing to big oil."

The DNC says the new ad, titled "How Republicans Would Govern," will also run on national cable. Democratic officials say the message of the ad is that the Barton apology to BP was not a gaffe or isolated incident but rather the Republican approach and an indication of how the GOP would govern if it wins back control of Congress in November's midterm elections.

END_OF_DOCUMENT_TOKEN_TO_BE_REPLACED

On his radio show Monday, Limbaugh suggested the GOP leadership likely agrees with Barton's sentiments, but are driven by recent national polls which suggest the majority of Americans support President Barack Obama's push for BP to set aside $20 billion for future liability claims.

"It was a shakedown pure and simple," said Limbaugh, echoing the words for which Barton later apologized. "And somebody had the audacity to call it what it was and now everybody's running for the hills."

Barton, the ranking Republican on the House Energy and Commerce Committee, quickly faced fire from both the right and the left after apologizing to Hayward during the BP chairman's appearance before his committee Thursday. Hours later – amid threats he would lose his leadership post – Barton retracted the comments.

"Let's just slither away under the rock here," Limbaugh said, mocking the Republicans' approach to Barton. "We'll let Joe Barton get eaten by the Democrat lizards on this to protect ourselves. This is politics and this is the reason why true believers have such a problem with politics. It's just that simple and no more complicated than that."

State of the Union: Candy Crowley's Crib Sheet for June 20

After an eight-month hiatus from Sunday Morning talk, White House Chief of Staff Rahm Emanuel speaks. Despite all the hefty issues floating through the White House, he remains an aficionado of raw politics. Ratcheting up the political noise over Rep. Joe Barton’s (R-Texas) apology to BP, Emanuel said Barton’s now retracted words were “not a political gaffe… (but) a philosophy.”

As close as Democrats try to tie all Republicans to Barton’s remarks, that’s how far away Republicans want to get.

Coming soon to a campaign trail near you.

In the 62 days since 11 men were killed on the Deepwater Horizon Oil Rig, more than 70 members of the U.S. military were killed in Afghanistan. Taking stock of the war, Sen. Dianne Feinstein (Chairwoman, Senate Intelligence Committee) called Afghanistan a “difficult situation.” Sen. Richard Lugar says the question is what’s the mission, …”the President is going to have to redefine the plan.

Amid signs that June may be the deadliest month so far this year in Afghanistan and against the backdrop of a U.N. report saying roadside bomb attacks in Afghanistan are up 94 percent in the first four months of this year, Defense Secretary Robert Gates blames the media and argues that people are “losing context.” Gates says the plan to begin withdrawing troops in 2011 still stands.

To all Dads, wherever you are this day, Happy Father’s Day.
END_OF_DOCUMENT_TOKEN_TO_BE_REPLACED