Santorum: The U.S. has no national security interest in Syria

"The bottom line here is we have no national security interest," the 2012 GOP presidential candidate said, just hours before President Barack Obama is set to explain in a televised address the stakes for the United States in Syria.
END_OF_DOCUMENT_TOKEN_TO_BE_REPLACED

(CNN) – With the president and Congress on Christmas vacation - and no deal struck on avoiding the fiscal cliff - one retiring senator predicted Sunday that Washington would be bustling with negotiations as the clock ticks toward 2013.

"We're going to be here New Year's Eve," Sen. Joe Lieberman said on CNN's "State of the Union," offering less-than-rosy prospects for the possibility of a debt-reduction deal by midnight on December 31.
END_OF_DOCUMENT_TOKEN_TO_BE_REPLACED

(CNN) - Public officials reacted to the Friday shooting in Newtown, Connecticut, where a law enforcement official said nearly 20 people died, at least 10 of them students.

President Barack Obama's spokesman said he and Obama "feel enormous sympathy" for the families of the children.
END_OF_DOCUMENT_TOKEN_TO_BE_REPLACED

Video: Senators on the definition of marriage

(CNN) – Senators Joe Lieberman, John McCain and Lindsey Graham discussed the definition of marriage Tuesday in an interview on "Piers Morgan Tonight," insisting the decision to allow same-sex couples to legally wed should be left up to the states.

"In my state, we're not going to change the traditional definition of marriage and I would support the traditional definition of marriage not out of hate but that I believe that's just best for society," said Graham, a Republican from South Carolina. "At the end of the day states will come out differently on this issue and I think that's the way it should be."
END_OF_DOCUMENT_TOKEN_TO_BE_REPLACED

(CNN) - Sen. Joe Lieberman of Connecticut parted with two of his close friends in the Senate - Sen. John McCain and Sen. Lindsey Graham - on the question of Susan Rice's role after the Libya consulate attack and whether it could affect a potential cabinet nomination.

"I've been over all of the intelligence that we had before she went on TV that Sunday morning, I went over all of her comments. I don't think she's disqualified based on anything she said that morning," the senator said, reiterating his defense of the U.S. ambassador to the United Nations.
END_OF_DOCUMENT_TOKEN_TO_BE_REPLACED

Yet before ballots were cast, thirty-five members of Congress had already said they wouldn’t be returning to Washington in 2013. The number of retiring lawmakers was the highest since 1996, and the list included some formidable – and famous – members of the legislative branch. All will be watching from the sidelines as their former colleagues attempt to find solutions to both major legislative problems, and Congress’ own dismal approval ratings.
END_OF_DOCUMENT_TOKEN_TO_BE_REPLACED

"I've been thinking about this since these leaks came out and I've reached a conclusion which is that we do need a special counsel," Lieberman said on "Fox News Sunday."
END_OF_DOCUMENT_TOKEN_TO_BE_REPLACED 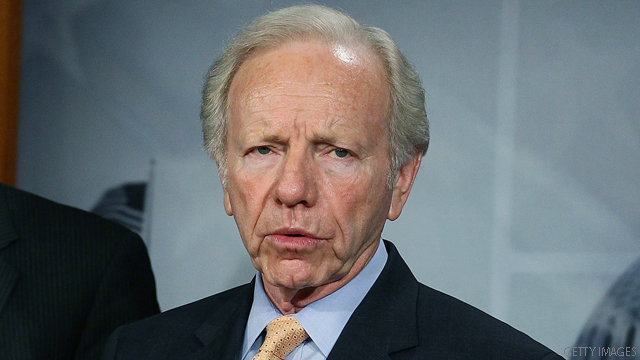 The hearing will take place May 23, Sen. Joe Lieberman, the committee chairman, told CNN's "State of the Union." 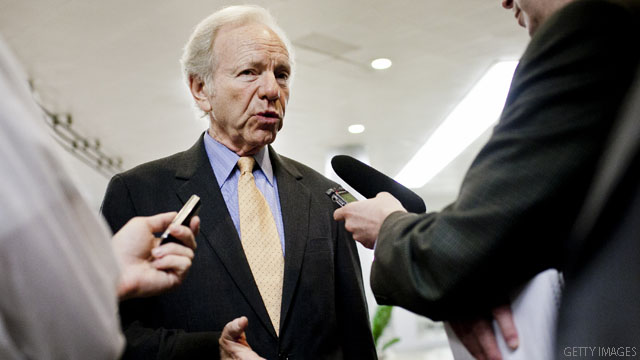 (CNN) - Democrat-turned-independent Sen. Joe Lieberman vowed to stay out of presidential politics during the 2012 race, a marked difference from campaigns past.