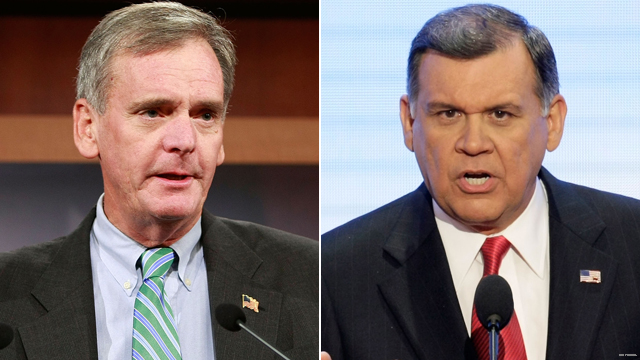 The Romney campaign announced Monday that former Sen. Judd Gregg of New Hampshire and former Sen. Mel Martinez of Florida are supporting the former Massachusetts governor, who is making his second bid for the White House.
END_OF_DOCUMENT_TOKEN_TO_BE_REPLACED 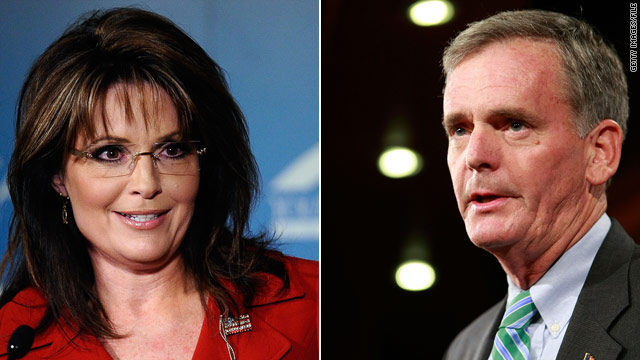 (CNN) - Prominent New Hampshire Republican Judd Gregg says that Sarah Palin just might have a clearer path to the Republican presidential nomination next year than commonly understood – an event he warns would lead to President Obama's clear reelection.

Gregg, the former senator and governor of the Granite State, says the muddled GOP presidential field means it's more likely than ever there won't be a clear consensus candidate before the party's nominating convention in August of 2012. If that happens, says Gregg, Palin and her army of supporters might have the upper hand when it comes to settling on a presidential candidate.
END_OF_DOCUMENT_TOKEN_TO_BE_REPLACED 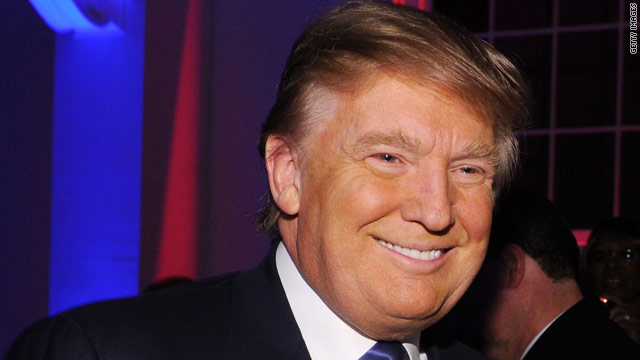 Derry, New Hampshire (CNN) - New Hampshire's first-in-the-nation presidential primary is more than a year away, but Granite State Republican activists will be polled Saturday on which candidate they would like to see become their party's nominee in 2012.

The straw poll organizers - WMUR-TV and ABC News – will survey the 493 members of the New Hampshire Republican State Committee at the group's annual meeting in Derry, though not every committee member is expected to attend. Results are expected sometime in the afternoon.
END_OF_DOCUMENT_TOKEN_TO_BE_REPLACED

Washington (CNN) - Despite the fact that the deficit commission did not reach its goal of a supermajority to get its proposals to the floor of the congress, two of its members say their work should now serve as the blueprint for deficit reduction in the future.

In addition, Senate Budget Committee Chairman Kent Conrad (D-North Dakota) told CNN that he believes there needs to be a "budget summit" in the near future-with representatives from both sides of the aisle, the White House and the budget office. "It's essential,' he says, adding that near-term decisions on raising the debt limit and cutting spending have to be made with the commission recommendations in mind.
END_OF_DOCUMENT_TOKEN_TO_BE_REPLACED

(CNN) - Two politicians in their final terms in office faced off Friday over a series of tax cuts that are set to expire on January 1.

"That was a good bill last week. That provided some certainty," the Michigan Democrat told CNN Chief National Correspondent John King. "The - the ability to extend the tax cuts for the middle class and down, I think, are very important. Do the top two percent need that? If you get back to the fiscal conservative argument about paying for it, I think it's really speaking out of both sides of your mouth."

Retiring New Hampshire Sen. Judd Gregg, a Republican, countered: "It would be hard for me to disagree with that more strongly."

END_OF_DOCUMENT_TOKEN_TO_BE_REPLACED

Washington (CNN) - Sen. Ben Nelson said Friday that he will not support Elena Kagan's nomination to the Supreme Court, but will vote for the cloture, a move that will help bring the nomination to an up or down vote.

"As a member of the bipartisan 'Gang of 14,' I will follow our agreement that judicial nominees should be filibustered only under extraordinary circumstances," Nelson said in a statement. "If a cloture vote is held on the nomination of Elena Kagan to the U.S. Supreme Court, I am prepared to vote for cloture and oppose a filibuster because, in my view, this nominee deserves an up or down vote in the Senate."

But one yes vote doesn't lead to another, the Nebraska Democrat said.

END_OF_DOCUMENT_TOKEN_TO_BE_REPLACED

[cnn-photo-caption image= http://i2.cdn.turner.com/cnn/2010/images/04/13/art.2gregg0413.cnn.jpg caption="Americans are 'center-right people,' Sen. Judd Gregg said Tuesday."]
Washington (CNN) – A respected Republican senator said Tuesday that the Obama administration and the Democratically-controlled Congress are taking the country too far in a liberal direction. And retiring New Hampshire Sen. Judd Gregg said his party is justified in opposing Democratic measures because the American public is fundamentally “center-right” in its political orientation.

Earlier in the day, former House Speaker Newt Gingrich said Republicans will do themselves a disservice in this midterm election year by simply embracing “the party of no” label placed on the GOP by Democrats. If Republicans succeed in retaking both chambers of Congress, their agenda once in charge “can't just be yelling no,” Gingrich said.

Related: 'You can't govern by saying no,' Gingrich says

In an interview with CNN Chief National Correspondent John King, Gregg was asked whether the GOP says “no” too much lately.

“Well, we do and we need to when we’re confronting things that are very bad for our country – either fiscally or from a standpoint of policy,” Gregg, the ranking member of the Senate Budget Committee, said on CNN’s John King, USA.

“You’ve got a government now that’s moving to the left,” Gregg said.

The Republican employed a football metaphor to explain his view of where national Democrats stand right now on the political spectrum.
END_OF_DOCUMENT_TOKEN_TO_BE_REPLACED

Bipartisanship thrives – but not on health care

Washington (CNN) – While Congressional Democrats and Republicans threw dirt bombs at one another over health care on Tuesday, two Senate veterans engaged in actual bipartisanship a few blocks away on an issue far from the headlines: Tax reform.

In terms of its scope, Wyden-Gregg is big. For individuals, the bill would halve the number of individual tax rates to three. It would end the Alternative Minimum Tax, which lawmakers have been "temporarily" fixing for years so it doesn't smack middle-income families.

It would consolidate the three different kinds of individual retirement accounts. The Bipartisan Tax Fairness and Simplification Act would also clean up the corporate tax system. It would get rid of the current rate structure and replace it with one flat corporate rate of 24 percent, and eliminate a lot of big corporate tax breaks.

END_OF_DOCUMENT_TOKEN_TO_BE_REPLACED

"I don't think it accomplishes the goal," Gregg said Friday in an interview. But the New Hampshire senator, who is retiring at the end of the year, said he is willing to look at the specifics before passing final judgment.

Obama is expected to sign an executive order within the next 10 days to create the commission, which would make recommendations to Congress for reducing the deficit, estimated at $1.3 trillion this year.

But Gregg said that only a commission created by Congress would have the power to force the legislative branch to make changes necessary to reduce the deficit.