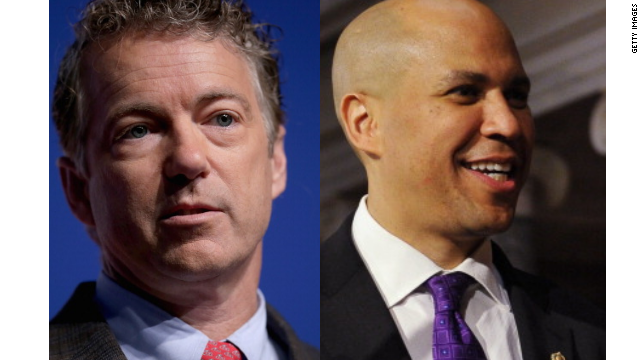 (CNN) - An unlikely political duo, Sens. Rand Paul and Cory Booker have teamed up in a bid to reform the criminal justice system for non-violent offenders.

Paul, a Republican from Kentucky, and Booker, a Democrat from New Jersey, discussed a wide range of topics Wednesday at a Politico “Playbook Cocktails” event in Washington.

END_OF_DOCUMENT_TOKEN_TO_BE_REPLACED

Posted by
By Evan Perez, CNN 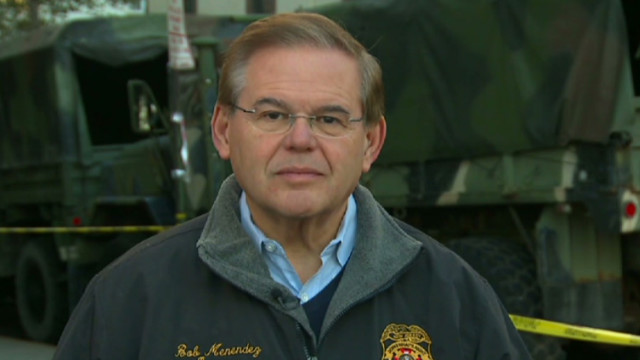 WASHINGTON - Sen. Robert Menendez, dogged by a federal corruption probe, was the target of a Cuban intelligence smear plot that managed to fool the FBI and media into investigating.

That's the allegation from Menendez's lawyer, who has asked the Justice Department to investigate, a person familiar with the request confirmed to CNN.

It's a dramatic twist to an already sensational story that involved allegations that Menendez, a New Jersey Democrat, traveled to have sex with underage Dominican prostitutes. Those stories, shopped to journalists around Washington for months, were published on a conservative news website before the purported prostitutes recanted and the FBI found no merit in the matter.

END_OF_DOCUMENT_TOKEN_TO_BE_REPLACED

Washington (CNN) – Sen. Rand Paul took to the Senate floor Wednesday to deliver a 31-minute speech in opposition to the judicial nomination of a former Justice Department official, David Barron.

Barron has drawn the ire of senators on the right and left for legal memos he wrote justifying the killing of an American terrorism suspect overseas with drones.

END_OF_DOCUMENT_TOKEN_TO_BE_REPLACED 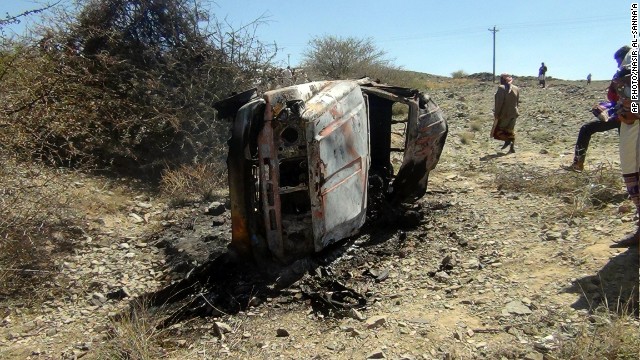 Man gets 25 years for ricin letters addressed to Obama

(CNN) - A Mississippi man was sentenced to 25 years in prison for sending ricin-laced letters addressed to President Barack Obama and other public offices, the Justice Department said on Monday.

James Everett Dutschke, 41, of Tupelo pleaded guilty in January to possessing and mailing the threatening letters, which were dusted with the ricin - a natural and highly toxic compound extracted from castor beans.

END_OF_DOCUMENT_TOKEN_TO_BE_REPLACED

Washington (CNN) - Attorney General Eric Holder is calling on Congress to require companies to more quickly alert customers when their personal information is put at risk in cyberbreaches.

In a video message Monday, Holder says "a strong, national standard for quickly alerting consumers whose information may be compromised ... would empower the American people to protect themselves if they are at risk of identity theft. It would enable law enforcement to better investigate these crimes - and hold compromised entities accountable when they fail to keep sensitive information safe. "

Federal law currently doesn't offer any standard for companies to notify customers following breaches, though some states have notification laws. Many companies are wary that public notification will hurt their business.

END_OF_DOCUMENT_TOKEN_TO_BE_REPLACED

(CNN) - The Justice Department on Friday appealed a December federal court decision threatening the National Security Agency's program that collects data on nearly every phone call made in the United States.

The ruling by U.S. District Judge Richard Leon in Washington found the program was likely unconstitutional.

(CNN) - They've stood by President Barack Obama in the past, but not now.

Three African-American members of Congress are part of a civil rights coalition claiming they were deliberately kept out of the process for filling vacancies on two Atlanta-based federal courts.
END_OF_DOCUMENT_TOKEN_TO_BE_REPLACED 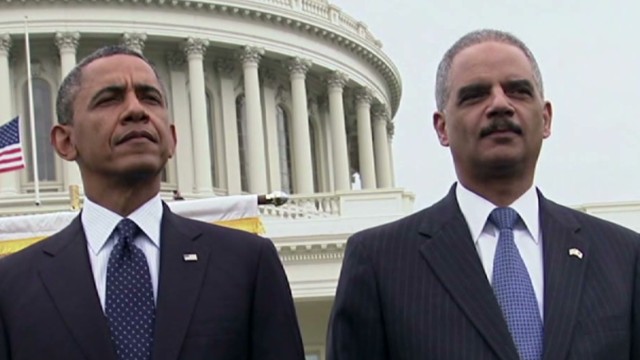 Source: U.S. to allow ATF agent to write 'Fast and Furious' book, not profit from it

Washington (CNN) - A federal agent will be allowed to write a book with an insider's account of Operation Fast and Furious, reversing an earlier government attempt to block publication for "morale" reasons. However, John Dodson, an agent with the Bureau of Alcohol, Tobacco, Firearms and Explosives, won't be allowed to make money on the book.

A U.S. law enforcement official familiar with the matter says the Justice Department, ATF and the Federal Bureau of Investigation will review Dodson's manuscript and, after making redactions to protect sensitive law enforcement information, will clear it for publication. However, federal employee guidelines prohibit Dodson and other active agents from making a profit from their work in law enforcement, the official said.