(CNN) - U.S. Defense Secretary Leon Panetta has ordered the military to begin implementing cost-cutting measures aimed at mitigating the risk of significant budget cuts should Congress fail to reach a deal in coming months to avert or soften them.

"We have no idea what the hell is going to happen," Panetta said Thursday. 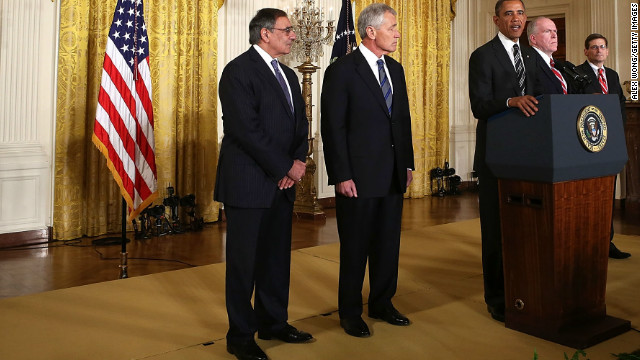 Hagel and Panetta dish about Pentagon

(CNN) - Just hours after President Barack Obama's formal nomination of Chuck Hagel as the next secretary of defense, Hagel joined current Defense Secretary Leon Panetta at the Pentagon for dinner.

In Tuesday afternoon's briefing, Pentagon Press Secretary George Little reaffirmed Panetta's support for the former senator from Nebraska. When asked for details on the dinner between Panetta and Hagel, Little tried side stepping with a listing of the dinner's menu that included "corn chowder, filet mignon, and chocolate cake."
END_OF_DOCUMENT_TOKEN_TO_BE_REPLACED

Hagel will be a "champion" for members of America's military, Obama said in announcing the former Nebraska senator as his choice to succeed Leon Panetta as secretary of defense.
END_OF_DOCUMENT_TOKEN_TO_BE_REPLACED 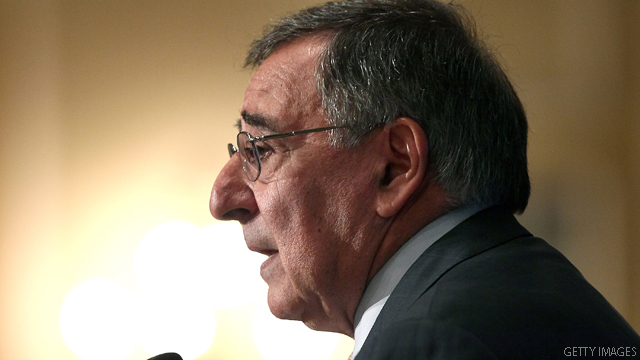 “I think you know without getting into the campaign rhetoric of what he’s asserting, I think you’ve got 50 nations in NATO that agree to a plan in Afghanistan,” Panetta said on ABC’s “This Week.” “It's the Lisbon agreement, an agreement that, you know, others, President Bush, President Obama, everyone has agreed is the direction that we go in in Afghanistan."
END_OF_DOCUMENT_TOKEN_TO_BE_REPLACED

(CNN) – Presidential hopeful Newt Gingrich on Friday called on Secretary of Defense Leon Panetta to resign, rebuking him for telling a congressional panel that the U.S. would “seek international permission” before intervening in the ongoing bloodshed in Syria.

“I have been told that the secretary of defense has suggested that international agreements override the Congress,” Gingrich told supporters in Gulfport, Mississippi. “If he believes that, he should resign tonight.”
END_OF_DOCUMENT_TOKEN_TO_BE_REPLACED

Romney said the public announcement jeopardizes the Afghanistan mission and “our commitments to freedom.”
END_OF_DOCUMENT_TOKEN_TO_BE_REPLACED 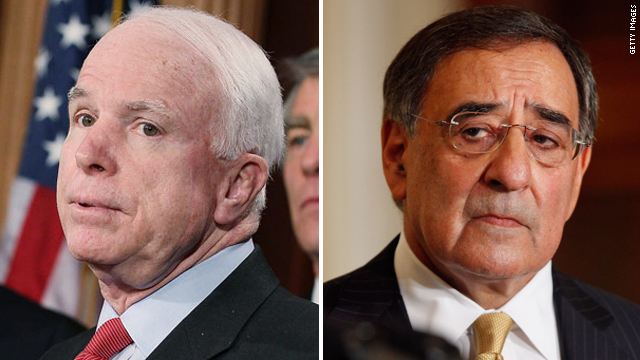 (CNN) - U.S. Defense Secretary Leon Panetta warns that excessive partisanship could well "hollow out" the military, saying "we cannot tolerate" if Congress fails to reach an accord on debt reduction and thereby triggers hundreds of billions of dollars in across-the-board cuts.

Speaking with CNN's Erin Burnett in an interview that aired Monday on the first edition of her program "OutFront," Panetta said that he was prepared to slash about $450 billion from the defense budget over the next decade, as currently mandated. But he described as potentially dangerous any deeper cuts, like the $1.2 trillion that would be unavoidable if a bipartisan panel does not reach a debt-reduction accord in the coming weeks that is then passed by Congress and signed by President Barack Obama.

Under a bill passed last year that set up a process for repealing the controversial "don't ask, don't tell" policy, all three men needed to sign a certification confirming the military's ability to move forward with the integration of openly gay and lesbian troops.
END_OF_DOCUMENT_TOKEN_TO_BE_REPLACED 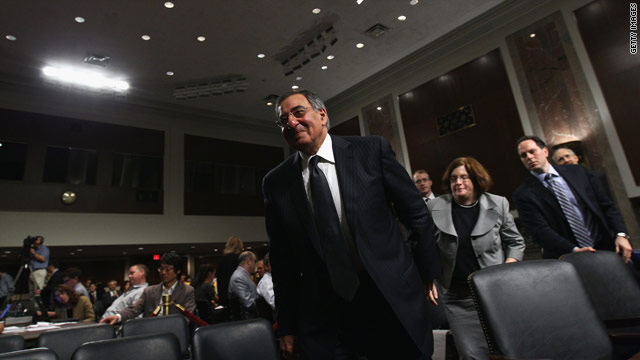 Washington (CNN) - The Senate on Tuesday gave final approval to CIA Director Leon Panetta's nomination to become defense secretary when Robert Gates steps down at the end of June.