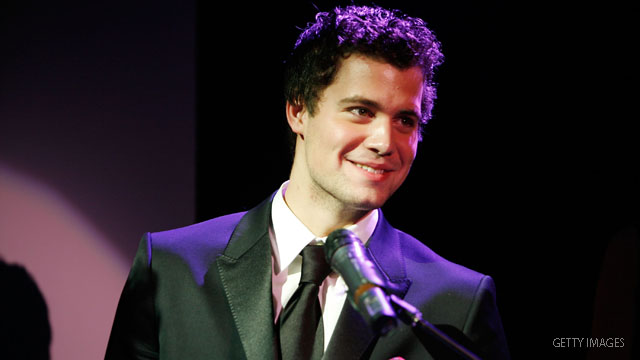 "I want to tell the truth about my close relationship with the Palins, my sense of Sarah, and my perplexing fall from grace – how I feel and what I've learned," Johnston said in a statement. "I'm doing this for me, for my boy Tripp and for the country."
END_OF_DOCUMENT_TOKEN_TO_BE_REPLACED

In the Alaska Public Offices Commission form letter, Johnson filled out a blank stating he intends to run for office in the "City of Wasilla 2011" election but did not declare an office. But, Stone & Company Entertainment confirmed to CNN on August 10 that it is actively shopping a show that will feature Johnston running for mayor.

END_OF_DOCUMENT_TOKEN_TO_BE_REPLACED

The custody agreement comes just weeks after the couple called off their re-engagement.

Under the agreement, Johnston gets visitation rights two days a week, while Palin gets primary physical custody of their son Tripp. The couple will share legal custody, Johnston's lawyer told the Associated Press.

END_OF_DOCUMENT_TOKEN_TO_BE_REPLACED

(CNN) - The man Levi Johnston may face in his bid for mayor of Wasilla, Alaska is sparing no punches when it comes to the political newcomer.

"Well, it is a little early to declare. Usually most wait until the year the seat is up," current Wasilla Mayor Verne Rupright said in a statement. "But since I am nearly old enough to be Levi's grandfather I think it would be wise for him to get a high school diploma and keep his clothes on. The voters like that!"

Rupright's comments come two days after the production firm Stone & Company Entertainment said it is actively shopping a show that will feature Johnston seeking the post once held by Sarah Palin.

END_OF_DOCUMENT_TOKEN_TO_BE_REPLACED

[cnn-photo-caption image= http://i2.cdn.turner.com/cnn/2010/images/08/10/art.levi.johnston.gi.jpg caption ="Levi Johnston wants to be the star of a new reality show that will profile his campaign to be mayor of Wasilla, Alaska."]

(CNN) - Levi Johnston wants to run for Sarah Palin's former job – with cameras watching him at every step.

Stone & Company Entertainment confirmed to CNN that it is actively shopping a show that will feature Johnston seeking his former almost-mother-in-law's old post as mayor of Wasilla, Alaska.

The show, to be called "Loving Levi: The Road to the Mayor's Office," will feature the trials and tribulations of America's most famous teen dad as he enters the world of politics while continuing to dabble in Hollywood, Stone also confirmed.

First reported by Variety, the company confirms it is already shooting the pilot and is shopping it to several networks.

END_OF_DOCUMENT_TOKEN_TO_BE_REPLACED

"It's over. I broke up with him," Bristol Palin told People Magazine. Former Alaska Gov. Sarah Palin told the magazine her daughter has learned a valuable lesson: "to trust but verify."

At the time, the Palin family issued a statement that stopped short of a full-throated endorsement.

And in her statement to People Magazine published Tuesday, Sarah Palin made her wishes for Bristol known.

"I wish for Bristol to be able to move forward in life with her same forgiving, gracious, optimistic spirit, but from henceforth she'll know to trust but verify. Bristol is strong, she is independent, and she knows what is right for her son," the former vice presidential candidate said.

And as for the reasons, Bristol told People that a trip to Hollywood was the final straw.

END_OF_DOCUMENT_TOKEN_TO_BE_REPLACED

[cnn-photo-caption image= http://i2.cdn.turner.com/cnn/2010/images/07/06/art.levi.johnston.gi.jpg caption ="Levi Johnston is set to star in a new music video."](CNN) – Fresh off his re-engagement to Bristol Palin, the Associated Press reports that Levi Johnston is set to appear in an R&B music video in which he will play a young man driven away from his love interest by the young woman's mother.

Johnston, the fiancé of Bristol Palin, has agreed to appear in the video with Brittani Senser, an R&B artist.

"He's looking forward to doing it," Johnston's attorney told the Associated Press on Friday. "It will give him an opportunity to act a little bit in front of a camera. He's done a commercial before, but something like this is a little more involved."

END_OF_DOCUMENT_TOKEN_TO_BE_REPLACED

Bristol and Levi: Not getting their own reality show ... yet

[cnn-photo-caption image= http://i2.cdn.turner.com/cnn/2010/images/06/16/art.levin.bristol.file6.gi.jpg caption ="Bristol Palin won’t be the subject of a new reality show, according to a spokesperson for the 19-year-old."] (CNN) - As soon as Bristol Palin and Levi Johnston announced their engagement, rumors began to fly that they also had a reality show in the works.

But, said a representative for 19-year-old Palin, the young couple's embark into matrimony won't be part of your regularly scheduled viewing.

Read more at the Marquee blog.