END_OF_DOCUMENT_TOKEN_TO_BE_REPLACED

McCain, Gohmert spar over who's 'intelligent'

(CNN) - Sen. John McCain may be advising Republicans not to speak ill will of each other, but that's not stopping him from getting into a public exchange with fellow Republican Rep. Louie Gohmert.

Wednesday night, McCain charged that Gohmert had no intelligence, to which the Texas Republican fired back.
END_OF_DOCUMENT_TOKEN_TO_BE_REPLACED 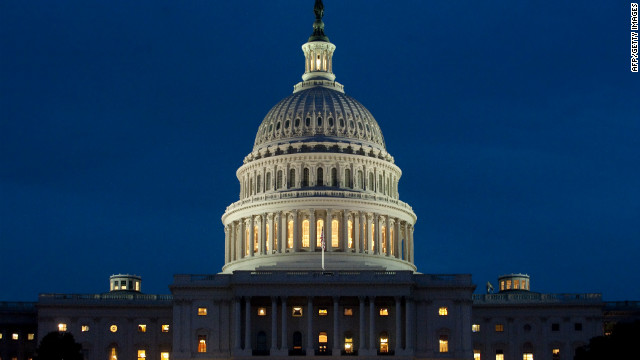 "This is the old football strategy," Rep. Tim Griffin of Arkansas said at the news conference, holding a football. "When you get to where you want to be in a football game, you run out the clock."
END_OF_DOCUMENT_TOKEN_TO_BE_REPLACED

(CNN) - A Republican congressman has accused President Barack Obama discriminating against Christians for his objections to a legal measure that would make more room in the military for religious "actions and speech."

In effect, a proposed amendment to the National Defense Authorization Act, would limit a military officer's possibilities when addressing proselytizing by troops or other activities that could lead to religious run-ins. The White House believes it would lead to disruption in the ranks.
END_OF_DOCUMENT_TOKEN_TO_BE_REPLACED

But the measure, which was formally filed for consideration in the Senate early Wednesday, already faces blowback from some opponents of immigration reform, who argue Monday's attack - which was committed by a yet unknown perpetrator – should be cause for reconsidering any reform making it easier for immigrants to gain citizenship.
END_OF_DOCUMENT_TOKEN_TO_BE_REPLACED

After GOP criticism of golf costs, Obama opts for basketball

(CNN) – Saturday morning dawned sunny in Washington, with clear skies and temperatures in the mid-40s – in other words, perfect golf weather.

But President Barack Obama didn’t hit the links, a favorite hobby of his that came under criticism from Republicans in recent days.
END_OF_DOCUMENT_TOKEN_TO_BE_REPLACED 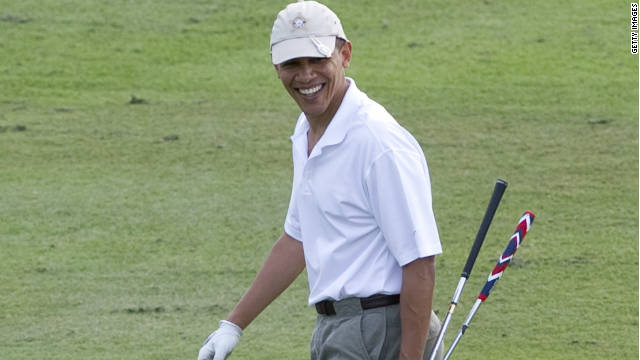 Critics to Obama: Give up golf, not W.H. tours

(CNN) - After the White House announced it would stop giving tours due to the forced spending cuts, some Republicans gave an alternative proposal: Cancel the golf trips, instead.

Rep. Louie Gohmert, R-Texas, is trying to make it illegal for President Barack Obama to use tax dollars for commuting to golf trips. On Tuesday, he submitted an amendment to the continuing resolution that would prohibit the president from using federal funds to travel to or from a golf course until the White House resumes public tours.
END_OF_DOCUMENT_TOKEN_TO_BE_REPLACED

But two days after the attack that took the lives of 20 children and six adults at a Connecticut elementary school, lawmakers were eager to take on the gun debate Sunday - with many saying a tipping point had finally been reached to pass stricter laws.
END_OF_DOCUMENT_TOKEN_TO_BE_REPLACED

Texas congressman: Principal should have been armed for self-defense

(CNN) - U.S. Rep. Louie Gohmert said the deadly Connecticut school shooting could have been halted sooner if staff at the school had been equipped with guns.

"I wish to God (the principal) had had an M4 in her office, locked up, so when she heard gunfire she pulls it out … and takes him out, takes his head off before he can kill those precious kids," the Republican from Texas said on "Fox News Sunday."
END_OF_DOCUMENT_TOKEN_TO_BE_REPLACED

Three hundred ninety-eight congressmen voted in favor of passing the bill. Thirty two did not vote and one, Rep. Louie Gohmert, a Republican from Texas, voted against the measure, which passed the Senate in May with no opposition.
END_OF_DOCUMENT_TOKEN_TO_BE_REPLACED