Washington (CNN) - Republicans seized on a news report Tuesday that raised questions about whether one of the Democrats’ most vulnerable senators up for re-election actually resides in the state she represents.

The Washington Post said Sen. Mary Landrieu doesn’t own her own house in Louisiana. The paper said she listed her home address on a recent campaign filing with the Federal Election Commission as being her house on Capitol Hill in Washington, which the Post said is valued at $2.5 million. But the paper said when she was qualifying for the ballot in Louisiana she listed the house where she was raised in New Orleans, where her parents still live.

END_OF_DOCUMENT_TOKEN_TO_BE_REPLACED

(CNN) - Sen. Mary Landrieu will reimburse the Senate more than $5,700 for a charter flight she paid for with taxpayer money after CNN questioned the expense.

First on CNN: Jindal group to release Obamacare report ahead of 2014

updated at 7:25am ET Tuesday

(CNN) - Louisiana Gov. Bobby Jindal is taking a next step forward in his efforts to do away with Obamacare - and closer to 2016 - all while helping fellow Republicans along the way.

CNN has learned Jindal's non-profit group America Next will distribute to members of Congress and select congressional campaigns on Tuesday an analysis of the healthcare law's effect on rising premiums - campaign ammo for GOP candidates and incumbents ahead of the 2014 midterm elections.

END_OF_DOCUMENT_TOKEN_TO_BE_REPLACED

(CNN) - Rep. Vance McAllister said Monday he will run for re-election in November despite previously announcing he would not seek another term in Louisiana's 5th Congressional District.

McAllister – who is married with children – was caught on video kissing an aide in his office, sparking calls for the Republican congressman to step down. Three weeks after the video was posted by a local newspaper, he announced he would not seek re-election, only to reverse that decision on Monday.

END_OF_DOCUMENT_TOKEN_TO_BE_REPLACED

Jindal announces plan for Louisiana to back out of Common Core

(CNN) - Louisiana Gov. Bobby Jindal said Wednesday he plans to pull his state out of the Common Core academic standards, announcing an executive order aimed at blocking the testing program in the state.

At a news conference, Jindal said he's sent a letter requesting his state's withdrawal from the program to the Partnership of Assessments for College and Career Readiness (PARCC) - a conglomerate of states developing the standards for students in the subjects of English and math.

END_OF_DOCUMENT_TOKEN_TO_BE_REPLACED

State GOP rallies behind candidate as it tries to unseat Landrieu

(CNN) - As the Senate race in Louisiana draws closer, the state's GOP is trying to unite around one candidate: U.S. Rep. Bill Cassidy.

END_OF_DOCUMENT_TOKEN_TO_BE_REPLACED

(CNN) – Louisiana Republican Gov. Bobby Jindal said Thursday he's against Common Core, the academic standards that have many conservatives decrying the program as an overreach of the federal government.

"I'm against the Common Core, and I don't want Louisiana to be in the Common Core,” he said to booming applause at the Republican Leadership Conference - the annual conservative confab, held this year in New Orleans.

END_OF_DOCUMENT_TOKEN_TO_BE_REPLACED 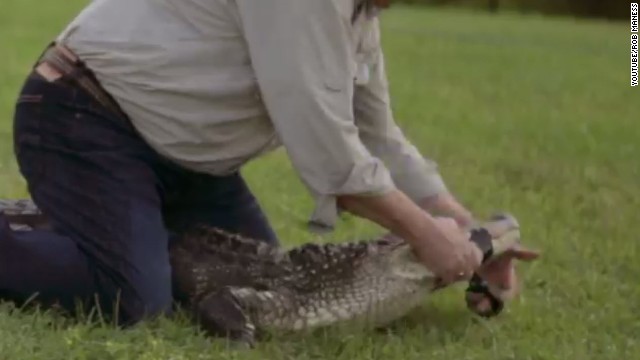 (CNN) – Rob Maness, a GOP candidate in the Louisiana Senate race, released his first television ad showing him tying up an alligator - an act he compares to his promise to tackle "career politicians" in Washington.

The retired Air Force colonel also got an endorsement Thursday from conservative firebrand Sarah Palin - another instance this election cycle where the 2008 GOP vice presidential nominee threw her support behind the non-establishment GOP candidate.

END_OF_DOCUMENT_TOKEN_TO_BE_REPLACED

Washington (CNN) - Americans for Prosperity is definitely putting its money where its mouth is.

The conservative non-profit political advocacy group backed by the deep pockets of billionaire industrialists David and Charles Koch announced Wednesday that it will spend around $2.5 million over the next two weeks to run television commercials critical of the federal health care law in four states where Democrats face a challenge in keeping Senate seats in party hands.