(CNN) – President Barack Obama will on Tuesday discuss a topic he is familiar with from his childhood – American women living in economic insecurity and trying to be breadwinners and caregivers at the same time.

Raised by a single mother who was described as someone who struggled to pay the bills, Obama on Tuesday will meet with Maria Shriver, who is reporting on some 42 million women who she says live “one single incident – a doctor's bill, a late paycheck, or a broken-down car – away from economic ruin."

END_OF_DOCUMENT_TOKEN_TO_BE_REPLACED

"It's a misperception that Maria is adrift, that she's lost trying to figure out where to go next," this source says, adding, "This is an empowered woman. Even her decision to leave (her husband, Arnold Schwarzenegger) was the choice of an empowered woman who knows where she's going and what she wants in life."
END_OF_DOCUMENT_TOKEN_TO_BE_REPLACED 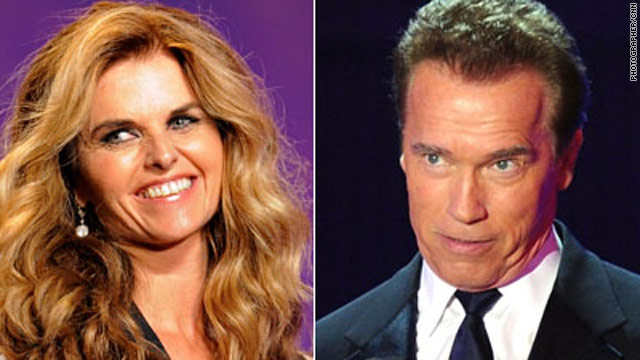 Los Angeles (CNN) - Arnold Schwarzenegger and Maria Shriver announced Monday that they are "amicably separating," but there was no mention of divorce in their joint statement.

Confirmation of their split came just two weeks after the 25th anniversary of their marriage and four months after Schwarzenegger left the California governor's office.

[cnn-photo-caption image= http://i.l.cnn.net/cnn/2008/images/01/23/art.cepd.cnn.jpg caption="CNN=Politics Daily is The Best Political Podcast from The Best Political Team."]
WASHINGTON (CNN) - In the latest edition of CNN=Politics Daily: First Lady of California Maria Shriver caught on tape, breaking the law. What did she do that has her husband, Gov. Arnold Schwarzenegger, up in arms? Internet Reporter Abbi Tatton has the answer.

Meanwhile: A day after an historic vote on health care reform, some congressional Democrats are pushing back hard on what they're calling a "sucker punch" by the insurance industry. National Political Correspondent Jessica Yellin reports on the move that could potentially mean major profit cuts for insurance companies.

Finally: Survivorman - a member of Congress, alone for a week on a deserted island. Rep. Jeff Flake, (R-Arizona) is in the Situation Room with Wolf Blitzer to reveal the story behind his dream vacation. 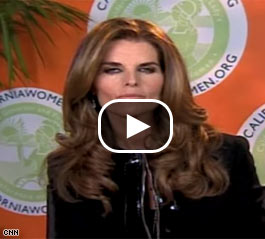