Mark Sanford: Furloughed workers should be working for back pay

Washington (CNN) – Republican Rep. Mark Sanford of South Carolina said Tuesday that despite the fact the federal government is partially shut down, workers should come back to work.

"The handwriting is on the wall," Sanford said on “Erin Burnett Out Front.” "Folks will get back-paid. If you are going to get back pay, you ought to be working for your pay."

END_OF_DOCUMENT_TOKEN_TO_BE_REPLACED

When politics gives you a second chance

(CNN) - Mark Sanford knows first hand the experience of picking yourself up, dusting yourself off, and trying again.

Just like what Candice Glover–the newly minted "American Idol"–faced as she failed to make it far in the singing contest the first two times she auditioned.
END_OF_DOCUMENT_TOKEN_TO_BE_REPLACED 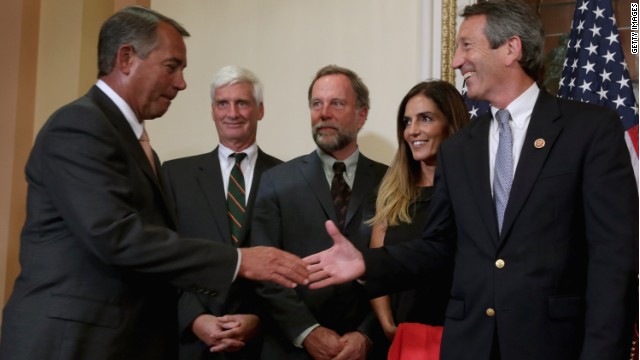 The former Republican governor of South Carolina, whose political career was left for dead along the Appalachian Trail after an extramarital affair, was sworn in Wednesday to the House of Representatives.
END_OF_DOCUMENT_TOKEN_TO_BE_REPLACED 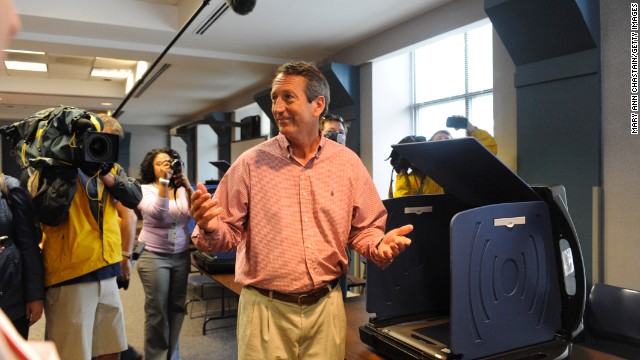 “I think always past is past, and I look forward to working with the entire Republican team,” Sanford said on “Fox News Sunday.”
END_OF_DOCUMENT_TOKEN_TO_BE_REPLACED 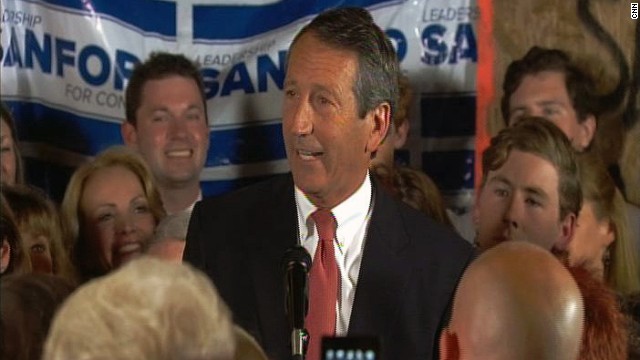 A consent order from family court in Charleston County indicates the two parties reached an agreement ahead of the May 9 court date, under which Sanford admitted "that he is in contempt for this and previous instances of trespassing upon plaintiff's property."
END_OF_DOCUMENT_TOKEN_TO_BE_REPLACED

5 things we learned from Sanford's win

Charleston, South Carolina (CNN) - Mark Sanford is heading back to Washington after detours along the Appalachian Trail and Argentina.

The former South Carolina governor finished his second term in office three years ago with his political career dead in the water thanks to a well-publicized extra-marital affair and ethics violations. But he came away Tuesday with a victory over Democratic opponent Elizabeth Colbert Busch in the special election for a vacant House seat in the Palmetto State's 1st Congressional District - the same seat he once held.

Sanford doesn't have much to say to Weiner

(CNN) - If former Rep. Anthony Weiner was hoping to get any insights from congressman-elect Mark Sanford on making a political comeback, it looks like he's out of luck.

Asked during an interview on CNN's "Starting Point" on whether the former Republican governor has any advice for Weiner as he considers making a bid for New York City mayor this year, Sanford said he's not looking to impart any wisdom.
END_OF_DOCUMENT_TOKEN_TO_BE_REPLACED

The former Republican governor of South Carolina, whose political career was left for dead along the Appalachian Trail after an extramarital affair, asked for, and Tuesday received, political redemption as he won a special election to fill a vacant House seat that he once occupied.