Louisville, Kentucky (CNN) - It was billed as the day's marquee primary battle, but in the end it was an easy night for Mitch McConnell.

The five-term senator from Kentucky - who's the top Republican in the chamber - defeated tea party-backed challenger Matt Bevin in Tuesday's primary.

END_OF_DOCUMENT_TOKEN_TO_BE_REPLACED 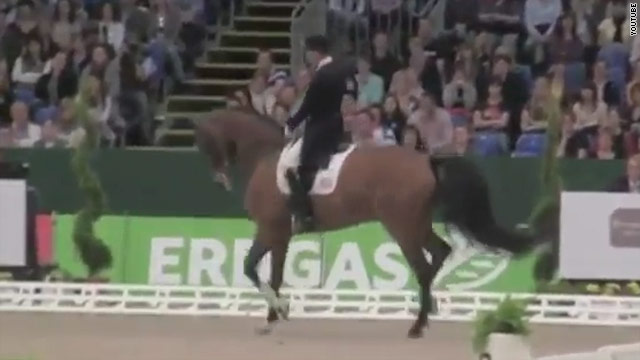 (CNN) – The political horse race between Sen. Mitch McConnell and Alison Lundergan Grimes takes on a different meaning Saturday, as the Senate candidates picked different favorites for the Kentucky Derby.

McConnell, the Kentucky Republican and Senate Minority Leader, picked "Ride on Curlin," according to his campaign.

END_OF_DOCUMENT_TOKEN_TO_BE_REPLACED

(CNN) - Kentucky Secretary of State Alison Lundergan Grimes out raised Senate Republican Leader Mitch McConnell during the first three months of this year, but the five-term senator still holds a more than two-to-one advantage over his Democratic challenger when it comes to money in the bank.

The Senate battle in the Bluegrass State could turn into the most expensive and most bitter contest this year.

END_OF_DOCUMENT_TOKEN_TO_BE_REPLACED

(CNN) - Mitch McConnell's conservative primary challenger is hoping to score some points off of a highly publicized mistake by the Senate Minority Leader's re-election team.

Louisville businessman Matt Bevin, hoping to boost his underdog challenge against McConnell in Kentucky's May Republican primary, is going up with a TV commercial Friday that pokes fun at web video released earlier this week by the senator's campaign that included a clip of a team wearing blue uniforms celebrating a national championship in men's basketball. The major problem was that the team wasn't the Kentucky Wildcats, but instead the Duke University Blue Devils. There's little love among Kentucky college basketball fans for the powerhouse Atlantic Coast Conference school from North Carolina.

END_OF_DOCUMENT_TOKEN_TO_BE_REPLACED 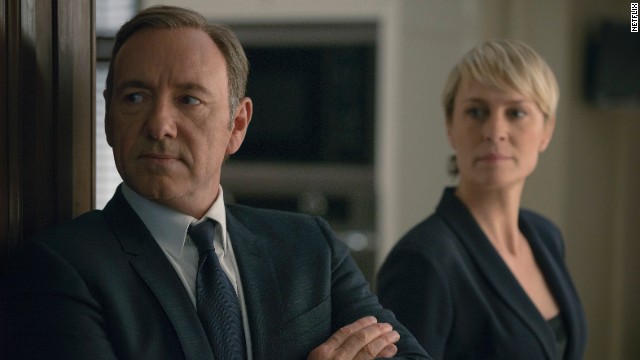 END_OF_DOCUMENT_TOKEN_TO_BE_REPLACED

(CNN) - The man looking to unseat Senate Minority Leader Mitch McConnell in a GOP primary has earned the endorsement of a major conservative super PAC, an endorsement that comes on the heels of a deal McConnell brokered ending the partial government shutdown.

McConnell did himself few favors with some in the conservative base by ushering in a last-minute bargain Wednesday reopening the government and raising the nation's borrowing authority while earning only cosmetic changes to Obamacare.
END_OF_DOCUMENT_TOKEN_TO_BE_REPLACED 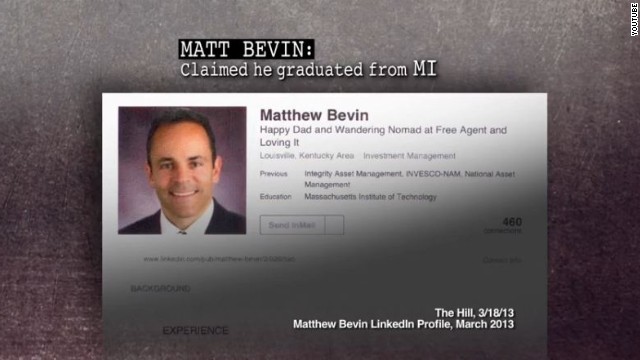 In March, The Hill reported that Bevin, a businessman with tea party ties, led readers of his profile to believe he graduated from a program affiliated with the prestigious Massachusetts Institute of Technology.
END_OF_DOCUMENT_TOKEN_TO_BE_REPLACED

(CNN) - It's one of the country's hallmark political slugfests. And on Saturday, Senate Minority Leader Mitch McConnell was dealt a large portion of the blows.

At Kentucky's annual Fancy Farm picnic, politicians from the state gather at the event hosted by St. Jerome's Catholic Church in Graves County, tucked away in the southwest corner of the Blue Grass State.
END_OF_DOCUMENT_TOKEN_TO_BE_REPLACED