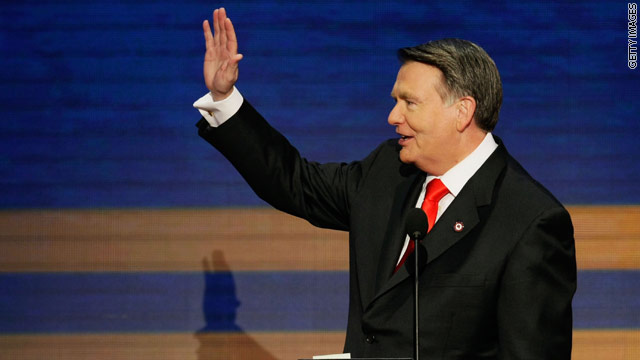 Duncan, a Kentucky native who ran the RNC from 2007 until 2009, when he lost his re-election bid to Steele in a multi-ballot election, told the committee's 168 members in an email that "changes in my family, business and outside responsibilities make it impossible for me to devote the time needed to effectively lead the RNC over the next two years."
END_OF_DOCUMENT_TOKEN_TO_BE_REPLACED

Washington (CNN) - The field of candidates seeking to replace Michael Steele atop the Republican National Committee may have just gotten larger.

Former RNC chairman Mike Duncan, who was one of five Republicans who lost to Steele in the 2009 race for chairman, was a last minute addition Wednesday to a forum of candidates organized by FreedomWorks and the Republican National Conservative Caucus, a faction of conservative members within the RNC.
END_OF_DOCUMENT_TOKEN_TO_BE_REPLACED

[cnn-photo-caption image= http://i2.cdn.turner.com/cnn/2009/POLITICS/01/29/rnc.chairman/art.mikeduncan.gi.jpg caption="Mike Duncan served as RNC chairman from 2007 to 2009."]Washington (CNN) - Former Republican National Committee chairman Mike Duncan, who has maintained a very low profile since losing his re-election bid to Michael Steele last year, has re-emerged as a top advisor to a new Republican effort to pick up state legislative seats in this year's midterm elections.

The effort - REDistricting MAjority Project, or REDMAP - is a program of the Republican State Leadership Committee, which also works to elect Republicans to state legislatures and down-ballot offices like Attorney General, Lieutenant Governor and Secretary of State.

The RSLC recently added another former RNC chairman, Ed Gillespie, as its chairman. REDMAP's goal is to boost GOP majorities in state legislatures around the country, which will play a crucial role in the 2011 redistricting process.

"We're thrilled to join the RSLC team and are excited about combining our ideas about redistricting with the proven success the RSLC has had on state races to ensure future GOP victories," Duncan said in a statement announcing the launch of REDMAP.

Duncan served as party chairman from January 2007 until he withdrew from the contested chairman's race in January 2009.