In his remarks, Obama insisted the fight against terrorists must shift to reflect current threat levels, which he described as having evolved since the attacks of September 11, 2001. The global "war on terror," launched in the aftermath of those attacks, must end, "like all wars," the president maintained.
END_OF_DOCUMENT_TOKEN_TO_BE_REPLACED 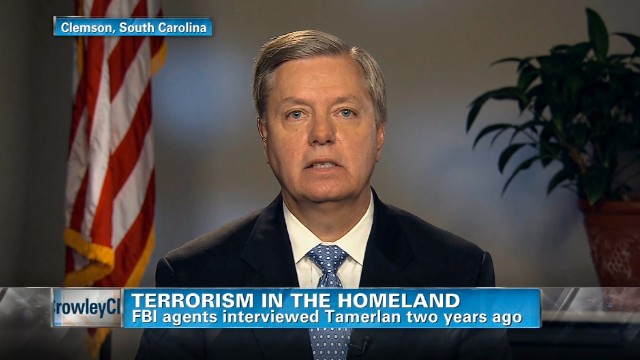 The agency was looking into Tsarnaev’s extremist ties two years ago.
END_OF_DOCUMENT_TOKEN_TO_BE_REPLACED

McCaul also questioned why the FBI did not take further action against Tsarnaev when he was investigated before his trip.
END_OF_DOCUMENT_TOKEN_TO_BE_REPLACED