Washington (CNN) - Eager to respond to criticism of his foreign policy approach to recent crises, from Syria to Ukraine, President Barack Obama will lay out his vision on Wednesday at the commencement at West Point for how the United States should apply force around the world.

"You will hear the President discuss how the United States will use all the tools in our arsenal without over-reaching," a White House official said.

END_OF_DOCUMENT_TOKEN_TO_BE_REPLACED

Washington (CNN) - African-American female lawmakers are taking the Army to task for a new ban on a number of ethnic hairstyles, guidelines which some are calling racially discriminatory.

The group from the Congressional Black Caucus wrote Defense Secretary Chuck Hagel on Thursday urging the military to reconsider the rule.

"It really is a slap in the face to anyone who has served over this past decade multiple times and left their life to do this," the Republican governor said Monday. "We have active duty, but the active duty hasn't felt the pain that the National Guard has felt, and this is not how you show your thanks."
END_OF_DOCUMENT_TOKEN_TO_BE_REPLACED

You might be surprised if you looked at a tag on an American flag bought by the military. It could easily read “Made in China.”

While the flags were made correctly with 13 stripes and 50 stars, representing the original 13 American colonies and the 50 U.S. states, there was no law that said flags bought by the Pentagon had to be made in the United States.

That is until this past Friday.

END_OF_DOCUMENT_TOKEN_TO_BE_REPLACED 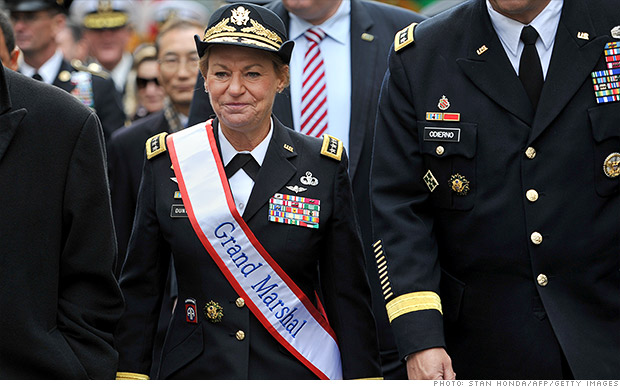 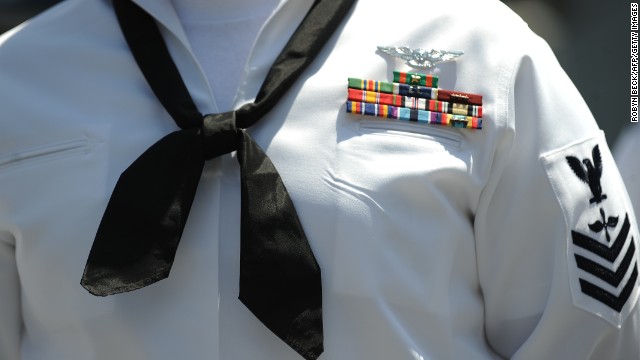 Sailors under investigation for cheating on nuclear exam

Washington (CNN) - Senior enlistees in the U.S. Navy who were training to use nuclear power reactors in South Carolina are under investigation for cheating on an exam, a top military official said Tuesday.

The operators are alleged to have shared the exam on a submarine teaching facility in 2010.

(CNN) - It’s a partisan see-saw that marks when Democrats and Republicans stand and applause at a State of the Union address. Tax cuts – cue Republicans, raise the minimum wage – hurrah go the Democrats.

But on Tuesday night, an Army soldier with a heroic and remarkable story obliterated that custom, receiving arguably the most heartfelt expression of bipartisan gratitude any Congress could muster – a nearly two-minute standing ovation.

END_OF_DOCUMENT_TOKEN_TO_BE_REPLACED

State of the Union: Military - under the budget gun

(CNN) - The Iraq war is over and combat operations in Afghanistan end this year, but there's no evident peace dividend for the U.S. military.

Spending cuts from Washington budget deals have launched a transition started under former Defense Secretary Robert Gates to what he described as a leaner military shaped to deal with 21st Century challenges such as confronting terrorist-armed militias rather than full-fledged foreign armies.

CNN's live, comprehensive coverage of President Barack Obama's State of the Union address starts at 7 p.m. ET Tuesday. Go to CNN.com for complete coverage or take it with you on your iPhone, iPad or Android.
END_OF_DOCUMENT_TOKEN_TO_BE_REPLACED

(CNN) - A Catholic priest has gone to court, saying the partial government shutdown is preventing him from providing religious services– even voluntarily– on a U.S. military base.

Father Ray Leonard filed a lawsuit Monday in federal district court in Washington, saying he "wishes to continue practicing his faith and ministering to his faith community free of charge... but has been told that he is subject to arrest if he does so."
END_OF_DOCUMENT_TOKEN_TO_BE_REPLACED

The issue became an emotional political flashpoint because it had been cut during the government shutdown.
END_OF_DOCUMENT_TOKEN_TO_BE_REPLACED