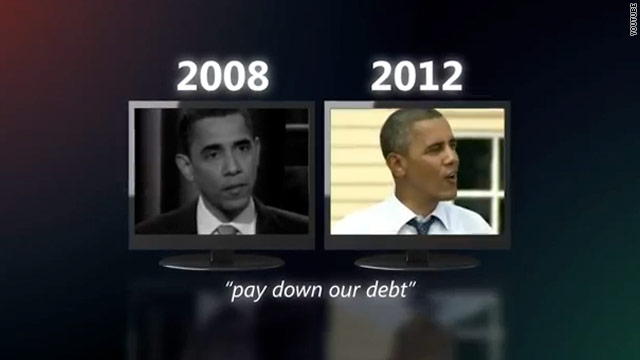 (CNN) - An independent conservative group announced Monday it will drop another half-million on ad time in Minnesota, a state considered safe for President Barack Obama.

American Future Fund said it will expand its $500,000 ad buy from last week for a 30-second spot, spending an additional $483,000 to run the commercial statewide on broadcast and cable through October 10.
END_OF_DOCUMENT_TOKEN_TO_BE_REPLACED

(CNN) - Mitt Romney wakes up in New York City on Friday, where he will attend a fundraiser before heading to suburban Cleveland for an afternoon rally. Meanwhile, his running mate, Rep. Paul Ryan, will appear at the Family Research Council's Values Voter Summit in Washington, D.C.

On the Democratic side, President Barack Obama and Vice President Joe Biden are in Washington with no public campaign events on their schedules. In the meantime, Biden's wife, Jill, hits the trail in Minnesota.

See a full schedule of the day's events after the jump.
END_OF_DOCUMENT_TOKEN_TO_BE_REPLACED

Detroit (CNN) - In front of a friendly audience, Vice President Joe Biden repeated a crowd-pleasing political attack against Republicans on Wednesday – with a new level of sarcasm.

"It's amazing, they discovered the middle class," the vice president said mockingly against his rivals. "And they care about it. They're running to save the middle class."
END_OF_DOCUMENT_TOKEN_TO_BE_REPLACED

Minneapolis (CNN) - Minneapolis is a conflicted city. It's home to one of the largest gay pride festivals in the Midwest and was once dubbed the "gayest city in America" by The Advocate magazine. The metropolitan area is also home to the conservative power base of Rep. Michele Bachmann.

And in six months, voters there and across the state will decide whether to amend the state's constitution to ban same-sex marriage. 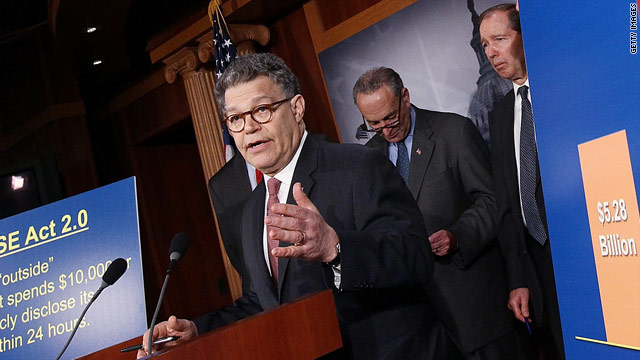 Bachmann's home no longer in her Congressional district

Bachmann announced this month she was running for re-election in the sixth district, which includes parts of the Minneapolis-St. Paul suburbs. She said Tuesday she would still run in the sixth district, despite a new map drawn by the state's Supreme Court Special Redistricting panel that put her town, Stillwater, in the fourth district.
END_OF_DOCUMENT_TOKEN_TO_BE_REPLACED

St. Charles, Missouri (CNN) - As he was handily winning three Republican contests and stalling frontrunner Mitt Romney's clear path to the Republican presidential nomination, Rick Santorum proclaimed to CNN that the 2012 GOP race was now "in a little bit of no man's land."

The former Pennsylvania senator's campaign got a massive dose of momentum after stunning frontrunner Mitt Romney with a clean sweep on Tuesday night, beating him by double digits in Minnesota, a state Romney won in 2008, stunning him in Colorado, another state in Romney's column in 2008, and trouncing him in Missouri, one of the country's biggest battleground states.

Posted by
By CNN's Peter Hamby and John Helton

(CNN) - Rick Santorum's clean sweep in Colorado, Minnesota and Missouri on Tuesday was the latest plot twist in what was already a potboiler of a Republican presidential campaign. Here are five things we learned from Tuesday. 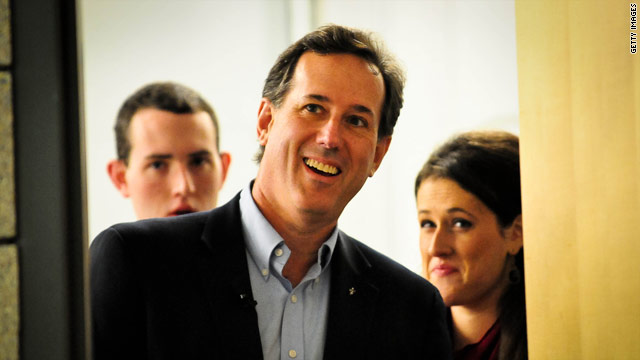 Bachmann not caucusing in Minnesota

(CNN) – One of Minnesota's most prominent Republicans isn't participating in the North Star State's caucuses Tuesday.

Rep. Michele Bachmann, who dropped her own bid for the White House in January, said on CNN she was unable to get home because of votes in Congress. Speaking to CNN's Wolf Blitzer, Bachmann said she wished she could be in Minnesota caucusing.
END_OF_DOCUMENT_TOKEN_TO_BE_REPLACED