Christie to headline fundraiser in Atlanta with Gov. Deal

(CNN) - Gov. Chris Christie of New Jersey and Gov. Nathan Deal of Georgia–two governors associated with recent traffic controversies–will appear together at a fundraiser next month for the Republican Governors Association.

Christie will continue his fundraising swing as RGA chairman, traveling to Atlanta for the private March 7 luncheon, according to Deal's campaign.
END_OF_DOCUMENT_TOKEN_TO_BE_REPLACED 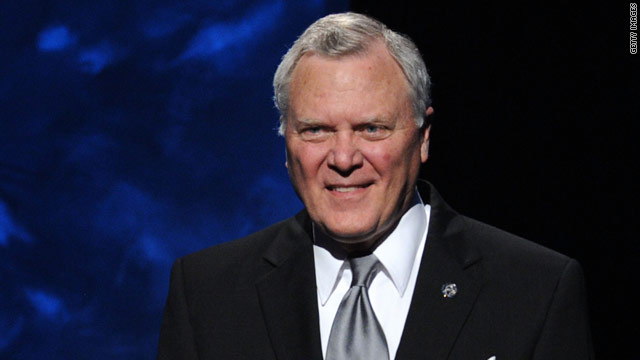 Atlanta (CNN) - Despite protests outside his office and boycott threats, Georgia's governor on Friday signed into law one of the toughest anti-illegal immigration measures yet enacted by an individual state.

The measure, which Gov. Nathan Deal inked about a month after it cleared the Republican-dominated Georgia legislature, allows law enforcement officers to ask about immigration status when questioning suspects in certain criminal investigations.

END_OF_DOCUMENT_TOKEN_TO_BE_REPLACED

While less than 2,500 votes separated the two candidates in this primary runoff election, Handel told Deal late Wednesday morning that she would not request a recount as allowed under state law if the margin remained under one percent. As of Wednesday, the difference between Deal and Handel was 0.4 percent.

The telephone call, brokered by a mutual friend, lasted for about 10-15 minutes and Handel "said she would encourage her supporters to show the same excitement and enthusiasm for Nathan's candidacy as they did for hers," Deal spokesman Brian Robinson told CNN.

END_OF_DOCUMENT_TOKEN_TO_BE_REPLACED

Washington (CNN) - No clear winner emerged Tuesday from the hard-fought runoff for the Georgia Republican gubernatorial nomination, setting up a possible recount to settle this GOP contest less than three months before the November election.

Ex-Rep. Nathan Deal leads former Georgia Secretary of State Karen Handel by 2,489 votes, a margin so small that Handel can demand a recount if it holds. Provisional ballots can still be counted until Thursday, while military and overseas votes are due by the close of business on Friday, Georgia Secretary of State spokesman Matt Carrothers told CNN.

The election will be certified next week and if the margin that separates the two candidates is less than one percent, then the loser can request a recount under state law. Right now, the difference between Deal and Handel is 0.4%.

END_OF_DOCUMENT_TOKEN_TO_BE_REPLACED

[cnn-photo-caption image= http://i2.cdn.turner.com/cnn/2010/images/03/23/art.deal.jpg caption=" Rep. Deal’s resignation creates the 5th vacancy in the House this year."]
Washington (CNN) - Georgia Republican Nathan Deal's resignation from the U.S. House late Sunday night creates a fifth vacancy in that chamber, the latest in a number of membership changes since the 111th Congress first convened in January 2009.

Nine other House districts have had vacancies at some point this term, mostly due to resignations.

Besides Deal's seat, the districts currently without a sitting representative are the 29th district of New York, which opened up upon the resignation of Democrat Eric Massa, the 1st district of Hawaii, which became vacant when Democrat Neil Abercrombie stepped down to focus on his gubernatorial campaign, the 12th district of Pennsylvania, which became vacant upon the death of Democrat John Murtha, and the 19th district of Florida, which had been represented by Democrat Robert Wexler. Deal, who also stepped down to focus on his gubernatorial bid, originally had planned to resign earlier this month but held off until after Sunday's heath care vote.

END_OF_DOCUMENT_TOKEN_TO_BE_REPLACED

Georgia House Republican to step down next week

[cnn-photo-caption image= http://i2.cdn.turner.com/cnn/2010/images/03/01/art.nathandeal.2.gi.jpg caption="Rep. Nathan Deal, R-Georgia, announced Monday that he would resign from Congress next Monday to focus on his run for governor."](CNN) - Republican Rep. Nathan Deal of Georgia announced Monday that he's resigning from Congress next Monday to concentrate full time on his run for governor.

Deal was elected to the House of Representatives in 1992 as a Democrat and switched parties three years later. He represents Georgia's 9th Congressional district, which is located in the mountainous northern part of the state. Deal won more than three-quarters of the vote in his last two elections and the district is considered safe for the GOP.

Deal is one of 11 candidates in the race to replace Republican Gov. Sunny Perdue, who is term limited and can't run for re-election this year.

Deal's departure next week will bring the number of vacancies in the House to four. Three Democratic-held seats are currently vacant. Rep. Robert Wexler of Florida resigned at the beginning of the year to head up the Center for Middle East Peace, Rep. Neil Abercrombie of Hawaii stepped down this past weekend to concentrate full time on his bid for governor, and Rep. John Murtha of Pennsylvania died in office earlier this month.