[cnn-photo-caption image= http://i2.cdn.turner.com/cnn/2010/images/04/17/art.ahmadinejad.gi.jpg caption="Mahmoud Ahmadinejad said he sent a letter to Obama earlier this week, telling his American counterpart that Iran was his only chance at success, the Islamic Republic News Agency reported."]Tehran, Iran (CNN) - Mahmoud Ahmadinejad wasn't invited to the nuclear summit hosted in Washington last week, but the Iranian president had a few choice words for the United States on Saturday at another nuclear conference in Tehran.

The hardline leader slammed Western powers for what he called hypocritical and dangerous policies that can only lead to nuclear proliferation, according to remarks broadcast on state-run Press TV.

He said the United Nations and the International Atomic Energy Agency were ineffective because they were dominated by a few nations.

"The Security Council has openly turned into a tool for the implementation of the policies of a few bullying nations," Ahmadinejad said in
This group should act in a way where all independent countries and governments could have a say and a role in running the affairs of that group," he said.

END_OF_DOCUMENT_TOKEN_TO_BE_REPLACED

At a news conference wrapping up the two-day summit, Obama cited steps taken by countries including Russia and other former Soviet states to eliminate some of the vulnerable vestiges of nuclear stockpiles from the Cold War era.

However, Obama was unable to declare a breakthrough with China and Russia on imposing tougher sanctions against Iran over its nuclear ambitions.

In an interview with CNN earlier Monday, Ukrainian President Viktor Yanukovich said most of his nation's highly enriched uranium would be gone by the end of 2010.

"The Ukraine has quite a number of power plants and various universities and research institutes where we are trying to understand to best utilize nuclear in a peaceful means," Yanukovich said in the interview with CNN foreign affairs correspondent Jill Dougherty. "We are working on it. However, we are already taking the necessary step to remove highly enriched uranium from the country. By the end of this year, Ukraine is going to have the larger part of this uranium taken out of the country."

[cnn-photo-caption image= http://i2.cdn.turner.com/cnn/2010/images/04/12/obama0412.gi.jpg caption ="Americans are split on President Obama's goal of eliminating all of the world's nuclear weapons."]

Washington (CNN) - Americans are split on President Obama's goal of eliminating all of the world's nuclear weapons, according to a new CNN/Opinion Research Corporation poll released Monday. But the survey also indicates the public overwhelmingly agrees with the mission of the president's nuclear summit this week to keep those weapons out of the hands of terrorists.

Seventy-seven percent of people questioned in the poll say that preventing terrorists from getting nuclear weapons is more important than reducing the number of nuclear weapons controlled by government that are unfriendly to the U.S. According to the survey, 55 percent say that it is likely that terrorists will attack the U.S. with nuclear weapons within the next decade, but less than four in ten think that an all-out nuclear is likely.

"Most Americans are worried about terrorists with nuclear weapons and they see 'loose nukes' as the top priority for the government's nuclear policy," says CNN Polling Director Keating Holland.

END_OF_DOCUMENT_TOKEN_TO_BE_REPLACED 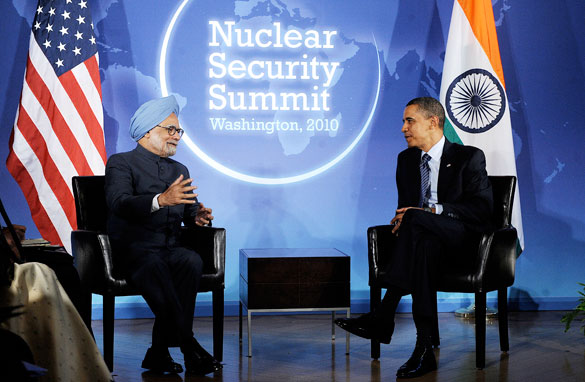 It all fits together as an ambitious effort to mobilize a unified global effort against nuclear proliferation, Secretary of State Hillary Clinton and Defense Secretary Robert Gates said in interviews broadcast Sunday.
END_OF_DOCUMENT_TOKEN_TO_BE_REPLACED 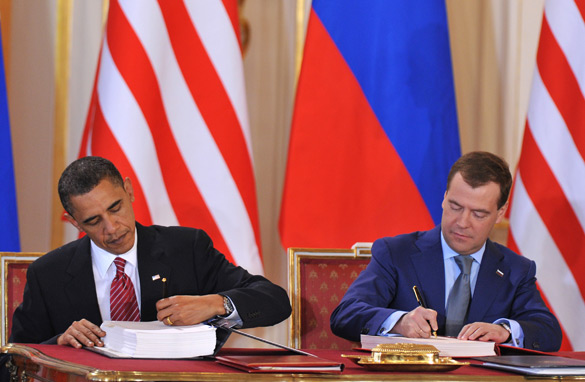 The Obama administration’s Nuclear Posture Review will alter decades of American policy to provide an incentive for countries to stay within the rules of the 1968 Non-Proliferation Treaty, a senior administration official told CNN. The focus of U.S. nuclear policy will be on isolating countries that are flouting their obligations under that pact, the official said.

President Barack Obama is scheduled to announce the new strategy on Tuesday, two days before he plans to sign a new nuclear arms treaty with Russia that reduces both countries' missile stockpiles. The president is expected to be joined by several Cabinet members, including Defense Secretary Robert Gates, Secretary of State Hillary Clinton and Energy Secretary Steven Chu.

Washington (CNN) - Vice President Joe Biden staked out a middle ground on nuclear weapons policy Thursday, trying to reassure critics claiming the administration's disarmament efforts are either too fast or too slow.

"The spread of nuclear weapons is the greatest threat facing the country - and I would argue facing humanity - and that is why we are working both to stop their proliferation and eventually to eliminate them," Biden said in a 23-minute speech at the National Defense University in Washington.

"But until that day comes, we have to do everything in our power to maintain our arsenal and make sure it is reliable."

The vice president said U.S. nuclear laboratories that monitor the weapons' reliability had been neglected and underfunded in recent years.

"That's why earlier this month we announced a new budget that reverses the last decade of dangerous decline," he said. "It devotes $7 billion to maintaining our nuclear stockpile and modernizing our nuclear infrastructure. To put that in perspective, that's $624 million more than Congress approved last year and an increase of $5 billion over the next five years."