On the comeback trail with help from the Clintons

Philadelphia (CNN) - It's a large district in and around Philadelphia. It's not a swing seat; it's a safe Democratic stronghold-not a nailbiter. But in this midterm election, the 13th Congressional District race has attracted some national attention and some rock star fundraisers: Bill and Hillary Clinton.

Why such attention and star power? Because the candidate is Marjorie Margolies: related by marriage to the Clintons and tied to the former President by history.

“When it comes to training our workers, not all of today's good jobs require a four-year college degree, but I promise there's not a job out there that's going to pay a lot if you don't have some sort of specialized training,” Obama said. “So our best bet is keeping ahead in the skills race and you see what happens when we put effort into making sure workers have new skills, the education that's required for this 21st century economy.”

END_OF_DOCUMENT_TOKEN_TO_BE_REPLACED

Standing in a ballroom flanked by campaign signs in downtown Philadelphia, Clinton proudly endorsed would-be Rep. Marjorie Margolies for Congress, telling the audience that if the former congresswoman returned to Congress, she would "make you proud, she will vote right… she will do things that stand up she needs to stand up and she will cooperate when we need cooperation."

END_OF_DOCUMENT_TOKEN_TO_BE_REPLACED

(CNN) - Pennsylvania Gov. Tom Corbett's stance on same-sex marriage is no secret, after bringing a legal challenge against a county clerk who tried to sign marriage licenses for same-sex couples. Friday, Corbett went a step further, comparing gay marriage to a union between siblings.

In an interview with CNN affiliate WHP-TV, Corbett was answering a question about comments made by a member of his legal team who had compared same-sex marriage to the marriage of 12 year-olds, with both unions being illegal.

Corbett, a Republican, said that "It was an inappropriate analogy. I think a much better analogy would have been brother and sister, don't you?"
END_OF_DOCUMENT_TOKEN_TO_BE_REPLACED

The party committee is up with a web video that characterizes the education event in the city where the vice president was born as the first step in the "Biden 2016 kickoff tour."
END_OF_DOCUMENT_TOKEN_TO_BE_REPLACED

(CNN) - A Pittsburgh judge on Friday barred enforcement of Pennsylvania's voter-identification law for the Nov. 5 general election, as well as any election that may come before.

State Judge Bernard McGinley's preliminary injunction means Pennsylvania will again go the polls with no enforcement of the law - a different judge made similar ruling a month before the 2012 presidential election.
END_OF_DOCUMENT_TOKEN_TO_BE_REPLACED

Gray, 71, was attending the Wimbledon tennis tournament in London with one of his sons Monday when he suddenly became ill, Epstein said. Attempts made to resuscitate Gray were unsuccessful. An immediate cause of death is unknown.
END_OF_DOCUMENT_TOKEN_TO_BE_REPLACED

"As I was saying to my co-honorees today, this is a much cheaper way to get a degree, isn't it?" he asked to laughter.
END_OF_DOCUMENT_TOKEN_TO_BE_REPLACED 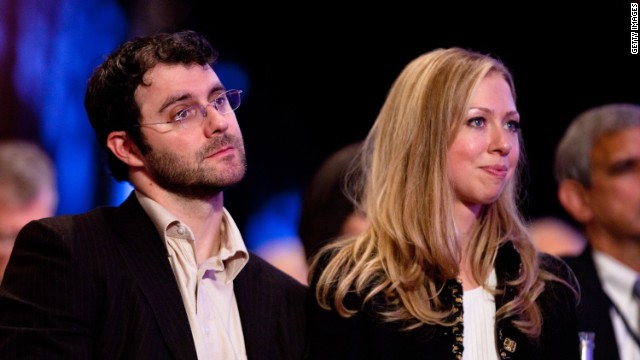 (CNN) - Former U.S. Rep. Marjorie Margolies-Mezvinsky has emerged as a possible candidate for Pennsylvania's 13th Congressional District, a seat currently held by Rep. Allyson Schwartz, who is running for governor in the Keystone State.

If she decides to run, the former congresswoman could probably count on the support of a very powerful political family – her son Marc Mezvinsky is married to Chelsea Clinton.
END_OF_DOCUMENT_TOKEN_TO_BE_REPLACED

"After much deliberation and after reviewing the legal, public policy, and civil rights questions presented, I support marriage equality for same-sex couples and believe that DOMA should be repealed," he said in a statement.
END_OF_DOCUMENT_TOKEN_TO_BE_REPLACED