Posted by
Preston on Politics

[cnn-photo-caption image= http://i2.cdn.turner.com/cnn/2008/POLITICS/09/14/preston.politics/art.rncdelegates.ap.jpg caption=" Delegates applaud during the opening session of the Republican National Convention."]WASHINGTON (CNN) - The fireworks over Denver and balloon drop in St. Paul are distant memories of the 2008 presidential conventions, but Harry Rubenstein and Larry Bird hope the handful of Democratic and Republican delegates who pledged to help preserve history keep their word.

While the international media descended upon Colorado and Minnesota to report on the day-to-day activities of the presidential conventions, Rubenstein and Bird were present to chronicle the daily lives and moods of the delegates for future generations.

They work for the Smithsonian Institution, and they are tasked with putting together a historical narrative of these unique national events that bring together political activists every four years to help select the next president. 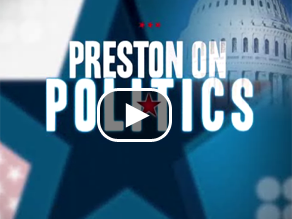 Watch the latest edition of Preston on Politics.

(CNN) - In this latest installment of “Preston on Politics,” Nicolle Wallace, a senior advisor to Sen. John McCain, talks about the presumptive Republican presidential nominee’s political strategy, as well as what distinguishes him from President Bush. 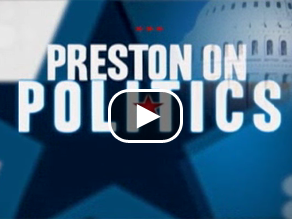 WASHINGTON (CNN) - Barack Obama's decision to forgo public financing for his presidential campaign provides him with the tools needed to implement a "Shock and Awe" television ad strategy designed to paralyze John McCain's campaign, an expert on political TV advertising said in an interview with CNN.

The better-funded Obama is likely to force McCain to spend money on TV ads in Arkansas, Georgia and North Carolina, said Evan Tracey, CNN's consultant on political television advertising. At this point in the campaign, these are states that CNN projects McCain has an edge over the Illinois Democrat, but by no means are these states safely in the Arizona Republican's column.

DON'T MISS: analysis on the deceptive South Dakota primary attack ad that only ran once.

Obama is expected to raise three or four times the $85 million he would have received from the public financing system, providing him with a huge financial advantage over McCain, who has opted to take the public funds.