WASHINGTON (CNN) – A Missouri Democratic family feud, a Kentucky Senate tactic worth tracking and some new nuggets about the busy 2016 GOP presidential maneuvering made for an action packed trip around the Inside Politics table: END_OF_DOCUMENT_TOKEN_TO_BE_REPLACED

Washington (CNN) - Rob Portman isn't shutting any doors to a potential 2016 run for the White House.

But the Republican senator from Ohio Wednesday seemed to down play any talk that he's actively considering a bid for his party's nomination.

END_OF_DOCUMENT_TOKEN_TO_BE_REPLACED

(CNN) - The second-ranking Senate Democrat said Sunday that extending unemployment benefits won't necessarily be a sticking point for his party in budget negotiations, though he hopes they are included.

"No, I don't think we've reached that point where we've said this is it - take it or leave it," Sen. Dick Durbin, D-Illinois, said on ABC's "The Week" when asked if his party would demand the extension of jobless benefits be included budget talks.
END_OF_DOCUMENT_TOKEN_TO_BE_REPLACED

Washington (CNN) - The bar seems to be set pretty low on Capitol Hill, as one top lawmaker says just having Democrats and Republicans talking is a “breakthrough” - even though the two sides don’t have a deal in the midst of a multifaceted budget crisis.

Talks both on ending the government shutdown and on avoiding the debt ceiling have shifted to the Senate, as Senate Majority Leader Harry Reid and Minority Leader Mitch McConnell, along with other top senators, began discussions on Saturday.
END_OF_DOCUMENT_TOKEN_TO_BE_REPLACED

(CNN) - The approval rating for the first Republican senator to back same-sex marriage has edged down, fueled mostly by a drop in support from members of his own party, according to a new survey.

An adviser to Sen. Rob Portman of Ohio, responding to the poll, says the senator's change of heart on the controversial social issue had nothing to do with politics.
END_OF_DOCUMENT_TOKEN_TO_BE_REPLACED

Washington (CNN) - One day before the Supreme Court hears a high profile case on same-sex marriage, a new national poll indicates that the percentage of Americans who say they have a family member or close friend who is gay or lesbian is on the rise. And that increase matches a jump in the percent of the public who support legal same-sex marriages.

According to a CNN/ORC International survey, 57% say they have a family member or close friend who is gay or lesbian, up 12 points from 2007.
END_OF_DOCUMENT_TOKEN_TO_BE_REPLACED 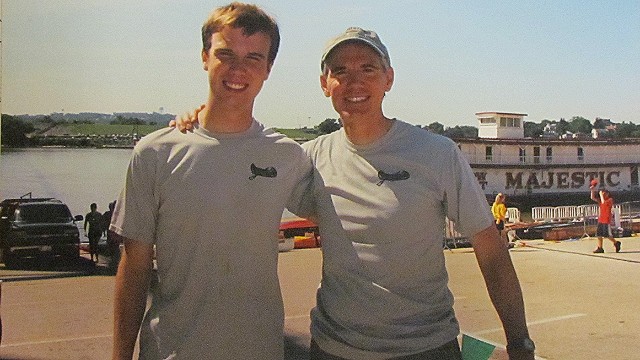 "I came to Yale as a freshman in the fall of 2010 with two big uncertainties hanging over my head: Whether my dad would get elected to the Senate in November, and whether I'd ever work up the courage to come out of the closet," stated the first line of Will Portman's column.
END_OF_DOCUMENT_TOKEN_TO_BE_REPLACED

(CNN) - When Rob Portman signed on to the Mitt Romney campaign in January 2012, he was seen as a key supporter - a rising star in the Republican Party, a swing state campaigner and a staunch conservative who could protect Romney on the right.

For the next 11 months, Portman zipped around the country, pitching the candidate he said was "exactly what our nation needs."

"Especially proud of my dad today," the Yale junior tweeted in response to the Republican senator telling of his change of heart after Will announced that he was gay.
END_OF_DOCUMENT_TOKEN_TO_BE_REPLACED

Portman told CNN's Dana Bash that after his 21-year-old son came out two years ago, he came to the conclusion that same-sex marriage "is something that we should allow people to do."
END_OF_DOCUMENT_TOKEN_TO_BE_REPLACED