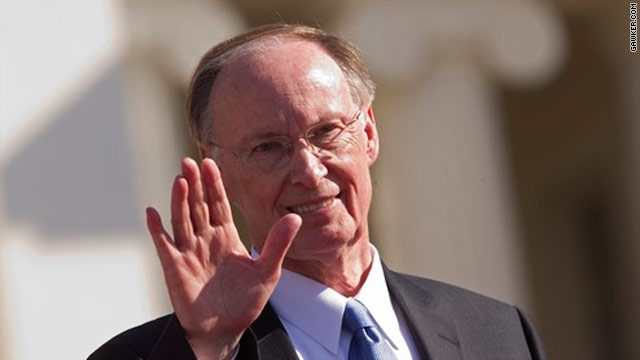 A Republican congressman said on the "Rick and Bubba" radio show Tuesday morning that Bentley had voted for Santorum.
END_OF_DOCUMENT_TOKEN_TO_BE_REPLACED 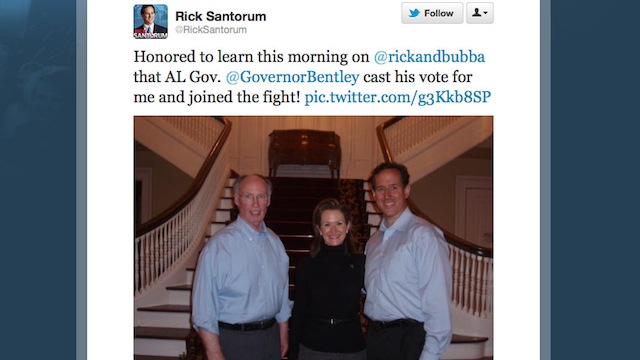 Update: An earlier version of this story said the governor had endorsed the candidate, but Bentley insists his vote for the candidate is not an endorsement.

"Now I will have to say that, if we don't have the same daddy, we're not brothers and sisters," he told parishioners at a Baptist church in Montgomery Monday shortly after being sworn in. "So anybody here today who has not accepted Jesus Christ as their savior, I'm telling you, you're not my brother and you're not my sister, and I want to be your brother."
END_OF_DOCUMENT_TOKEN_TO_BE_REPLACED

Bentley topped Bradley Byrne 56 to 44 percent in Tuesday's runoff election, according to an unofficial vote count tabulated by the Associated Press. Bryne, a former state senator and former chancellor of the state's community colleges, was considered the GOP establishment candidate. Republican Gov. Bob Riley, who is term limited and prevented from running for re-election this year, backed Byrne.

Byrne came in first in Alabama's June 1 primary, with Bentley narrowly edging out businessman Tim James by less than 300 votes for second place. Bentley will now face off in November against Alabama Agriculture Commissioner Ron Sparks, the Democratic nominee.