"This is the hardest thing I've ever had to do," he told a crowd of sign-wielding supporters outside his Chicago home Wednesday. "But this is the law and we follow the law." 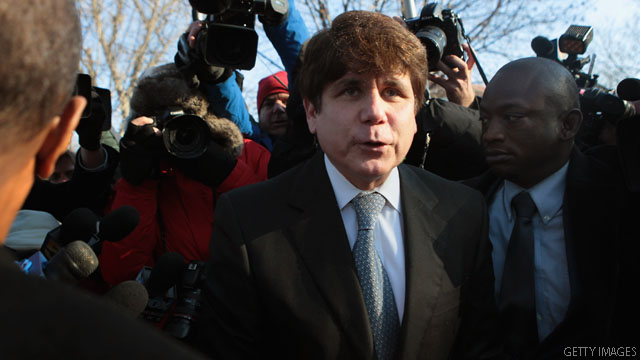 Blagojevich gets 14 years in prison for corruption

The sentence followed a dramatic apology by Blogojevich to his state, his family and the judge, in which he said he is "unbelievably sorry." 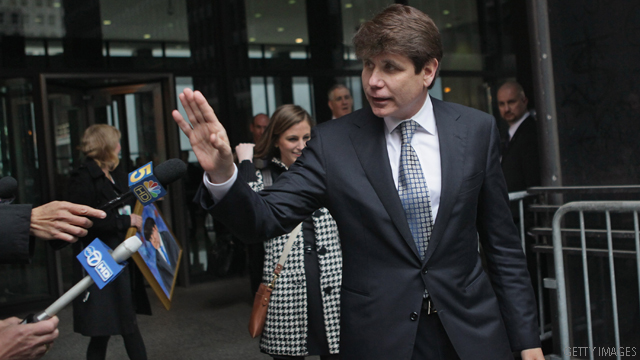 Chicago (CNN) - Former Illinois Gov. Rod Blagojevich was convicted Monday on 17 of the 20 public corruption charges against him.

The jury acquitted Blagojevich on one count of bribery and was unable to reach verdicts on two counts of attempted extortion.

The charges against Blagojevich included trying to peddle the U.S. Senate seat held by Barack Obama before he resigned to become president. Blagojevich has denied any intention of bribery. 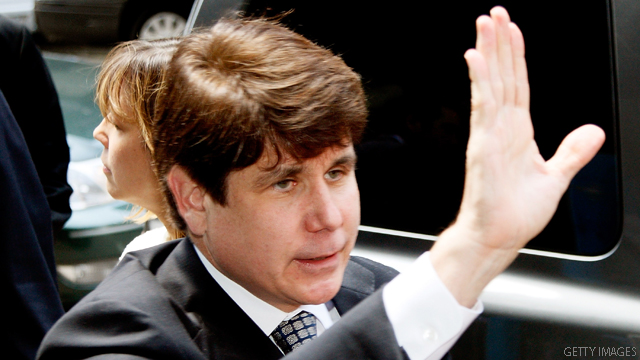 Chicago (CNN) - A jury in the corruption case against Rod Blagojevich found the former governor of Illinois guilty of 17 of the 20 counts against him.

The 54-year-old former politician was found guilty on the first 10 charges related to wire fraud. Each of the charges carries a maximum penalty of 20 years. 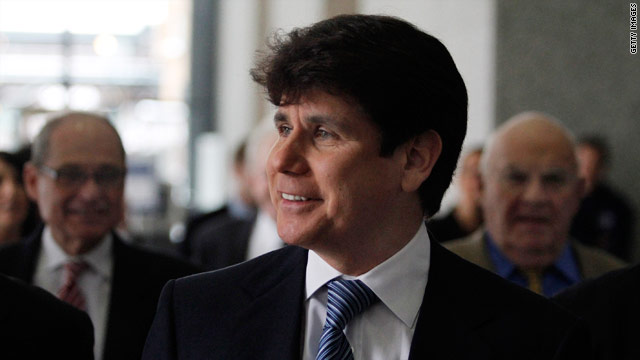 Washington (CNN) - The impeached former Illinois governor, who'd previously been accused of trying to sell President Obama's senate seat, filed a motion on Wednesday to dismiss a second trial that was set to begin April 20.

In the motion, former Illinois governor Rod Blagojevich asked a federal judge to instead sentence him on the single conviction from his first trial. The former governor said that doing so will save taxpayer money - and save him money from mounting legal fees.
END_OF_DOCUMENT_TOKEN_TO_BE_REPLACED

"I was in shock, and still am," Ettinger said. He said when he told his client, Robert Blagojevich said, "'Oh my God, oh my God.' And I told him 'You're done. You're free.' His wife is hysterical."

Ettinger said prosecutors told a judge at a hearing Thursday they were dropping the charges because of "the disparity in the roles between Robert and Rod" and "in the interests of justice."