Washington (CNN) - The New Jersey assemblyman leading the state's legislative investigation in the “Bridgegate” affair said Sunday any talk of impeaching New Jersey Gov. Chris Christie or calling for his resignation is "premature."

"We don't have enough facts to even get to that conversation," Democratic Assemblyman John Wisniewski said.

END_OF_DOCUMENT_TOKEN_TO_BE_REPLACED 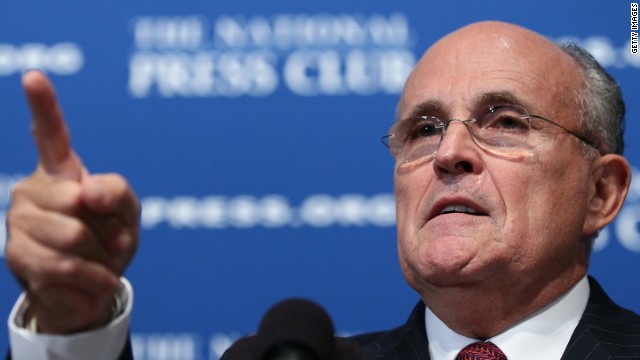 Washington (CNN) - One prominent Republican who isn't concerned about the controversy over the George Washington Bridge scandal is Rudy Giuliani.

The former Republican presidential candidate and New York City mayor dismissed the forthcoming investigation into the flap as a "partisan witch hunt." Charges that the closing of lanes was politically motivated have enveloped New Jersey Gov. Chris Christie's administration - and potentially his presidential ambitions.

END_OF_DOCUMENT_TOKEN_TO_BE_REPLACED

Giuliani will raise campaign cash for Christie in the Hamptons

(CNN) – New Jersey Gov. Chris Christie's re-election bid will get a boost from Rudy Giuliani later this month when the former New York City mayor hosts a fundraiser for his fellow Republican in the Hamptons.

The cocktail event – which will cost attendees $3,800 a ticket – will take place August 24 at a beachfront mansion in Southampton owned by Clifford Sobel, who served as ambassador to Brazil under former President George W. Bush, and his wife Barbara.
END_OF_DOCUMENT_TOKEN_TO_BE_REPLACED

(CNN) - The Republican Party appears split over whether to block gun legislation in the Senate.

While more than a dozen GOP senators have stated they plan to block the proposed bill from proceeding, a number of Republicans are saying the public deserves to hear debate over the legislation. Senate Minority Leader Mitch McConnell has also vowed to oppose the bill as it now stands.
END_OF_DOCUMENT_TOKEN_TO_BE_REPLACED 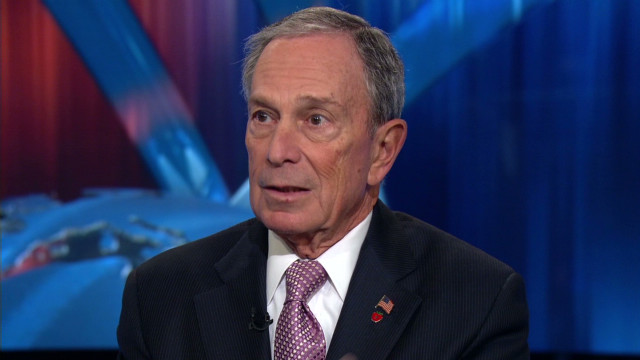 And though they approve of Bloomberg's latest restriction campaign, the poll also shows that New York City voters view Rudy Giuliani as the best mayor in the last 50 years of the Big Apple.
END_OF_DOCUMENT_TOKEN_TO_BE_REPLACED 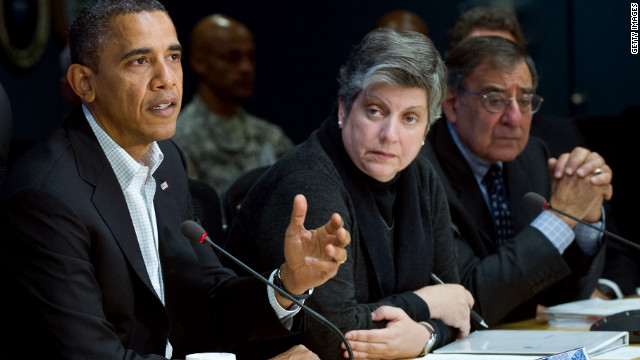 (CNN) - Rudy Giuliani, a former New York City mayor, accused President Barack Obama in a Friday appearance on CNN's "Piers Morgan Tonight" of putting his own campaign ahead of handling the fallout from Superstorm Sandy.

"If I were the president of the United States, I sure wouldn't be flitting around the Midwest and the West," Giuliani said. "My job would be making sure this thing was followed through to the very end. Maybe the first couple of days he was keeping his eye on the ball, but we got gas lines now that are a mile long. We got bodies still being discovered, and we got a president who is playing campaigner in chief."
END_OF_DOCUMENT_TOKEN_TO_BE_REPLACED

In fiery speech, Giuliani calls on Obama to resign, faults him for Libya

(CNN) - Not long after taking a few seconds of silence for those affected by Superstorm Sandy, Rudy Giuliani began ripping into President Barack Obama on Friday while speaking at major campaign event for Mitt Romney and Paul Ryan in Ohio.

The former New York City mayor delivered a series of blistering zingers against the president, rallying the massive crowd with line after line of reasons why Obama should "resign" and faulting him for "incompetence" over the Libya consulate attacks.
END_OF_DOCUMENT_TOKEN_TO_BE_REPLACED

(CNN) – Former New York City Mayor Rudy Giuliani argued Monday on CNN that President Barack Obama should have known from "common sense" that the U.S. consulate in Libya was at risk prior to last month's deadly attacks in Benghazi.

When pressed further on his point, however, Giuliani engaged in a heated exchange with Soledad O'Brien, anchor of CNN's "Starting Point."

Watch CNN's coverage of Monday's third and final presidential debate starting at 7 p.m. ET on CNN TV, CNN.com and via CNN's apps for iPhone, iPad and Android. Web users can become video editors with our clip-and-share feature that allows them to share favorite debate moments on Facebook and Twitter. Join the discussion on our live blog, and get comprehensive coverage on our debates page. Need other reasons to watch the debate on CNN's platforms? Click here for our list.
END_OF_DOCUMENT_TOKEN_TO_BE_REPLACED

The 2008 Republican presidential candidate claimed the so-called "reset" strategy toward the region that was part of Obama's 2008 campaign has proven ineffective and dangerous.
END_OF_DOCUMENT_TOKEN_TO_BE_REPLACED

(CNN) – Surrogates for President Barack Obama defended Joe Biden on Sunday from critics who say the vice president's comments last week at an event in Virginia show his unsuitability for the office.

Rudy Giuliani, the Republican former mayor of New York, questioned Biden's "balance" on CBS, saying he wasn't sure Biden would be able to step into the top role if the situation arose.
END_OF_DOCUMENT_TOKEN_TO_BE_REPLACED