That is the argument former Secretary of State Hillary Clinton made during a Thursday interview about her much talked about 2009 reset of U.S.-Russia relations.

END_OF_DOCUMENT_TOKEN_TO_BE_REPLACED 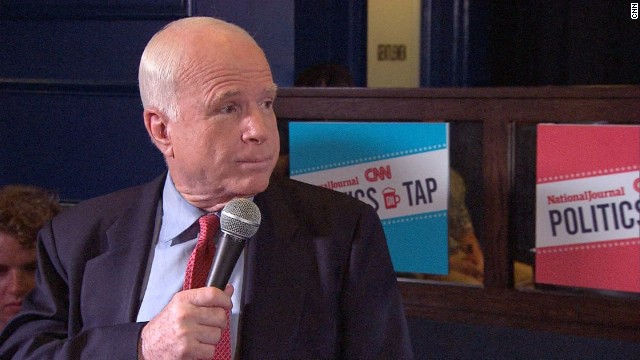 While it is unclear who shot down the plane, the Arizona Republican says that if either the Russian government or pro-separatist forces in Ukraine fired the missile, Russian President Vladimir Putin is ultimately responsible for the crash.
END_OF_DOCUMENT_TOKEN_TO_BE_REPLACED

END_OF_DOCUMENT_TOKEN_TO_BE_REPLACED

The "Inside Politics" Forecast: Is the U.S. Border Patrol the next Administration flashpoint?

1. THE NEXT ADMINISTRATION FLASHPOINT

The Veterans Affairs crisis ended this week in the resignation of General Shinseki, but Steve Inskeep of NPR says the next agency to come under scrutiny might be Homeland Security.

END_OF_DOCUMENT_TOKEN_TO_BE_REPLACED

(CNN) – Americans are increasingly concerned about the ongoing situation in Ukraine, but few express support for using U.S. military force in that county, according to a new national survey released Monday.