(CNN) - In his State of the Union address Wednesday night, President Barack Obama picked up on the health care theme with a bleak prediction, saying: "By the time I'm finished speaking tonight, more Americans will have lost their health insurance. Millions will lose it this year."

Will millions of Americans lose health insurance in 2010?

The CNN Fact Check Desk found that the answer may depend on how much higher the unemployment rate goes.

END_OF_DOCUMENT_TOKEN_TO_BE_REPLACED

That's what President Barack Obama is asserting in Wednesday night's State of the Union address, which included his latest critique of the 5-4 ruling.

"Last week, the Supreme Court reversed a century of law to open the floodgates for special interests - including foreign companies - to spend without limit in our elections," Obama said. "Well, I don't think American elections should be bankrolled by America's most powerful interests, and worse, by foreign entities."

CNN Fact Check found that the court's majority appeared to sidestep the issue. Obama's declaration puts him on the side of the minority in last week's ruling and lays down a clear marker in a debate that is likely to go on for some time.

END_OF_DOCUMENT_TOKEN_TO_BE_REPLACED

In a CNN "Newsroom" interview with Ali Velshi, Jackson declared: "Our agricultural policy... allowed the Riceland Rice company to drop rice on Haiti, drive Haiti farmers out of business, and then raise the price of rice and have rice riots."

"Riceland's profits jumped by $123 million from 2002 to 2003, thanks in large part to a 50 per cent increase in exports, primarily to Haiti and Cuba," the report said.

CNN was unable to obtain any immediate response from Riceland Foods, which has said publicly that its sales to Haiti have declined over the years, but a CNN Fact Check suggests that U.S. policies have indeed played a role in Haiti's problems.

END_OF_DOCUMENT_TOKEN_TO_BE_REPLACED 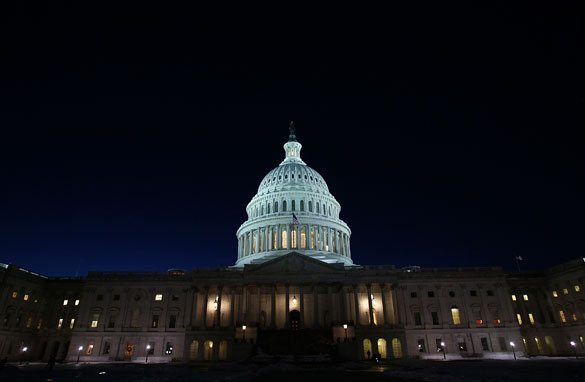 Washington (CNN) - Check back here on the Ticker for CNN's fact checks of President Obama's State of the Union address.