END_OF_DOCUMENT_TOKEN_TO_BE_REPLACED

He laid a wreath at the Korean War Veterans Memorial on the National Mall and spoke to veterans and family members with ties to both U.S. and Korean troops, an audience estimated by event organizers to number 5,000.
END_OF_DOCUMENT_TOKEN_TO_BE_REPLACED

"If Pyongyang thought its recent threats would drive a wedge between South Korea and the United States or somehow garner the North international respect, today is further evidence that North Korea has failed again," Obama said during a joint press conference with the two leaders. "The United States and the Republic of Korea are as united as ever ... North Korea is more isolated than ever."
END_OF_DOCUMENT_TOKEN_TO_BE_REPLACED 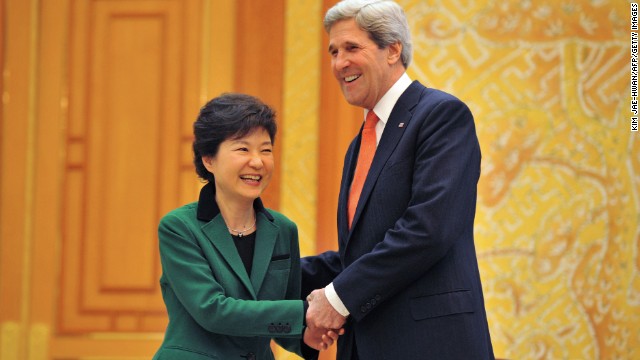 Daniel Russel, White House special assistant and senior director for Asian affairs, told reporters on a conference call Monday Obama will use Park’s visit to "reaffirm the strong commitment" of the U.S. to the defense of the Republic of South Korea.
END_OF_DOCUMENT_TOKEN_TO_BE_REPLACED

In a new web video, the Republican National Committee painted a stark picture of Obama's exchange with the Russian leader, introducing the conversation with the text: "What Obama tells world leaders when he thinks you aren't listening."
END_OF_DOCUMENT_TOKEN_TO_BE_REPLACED 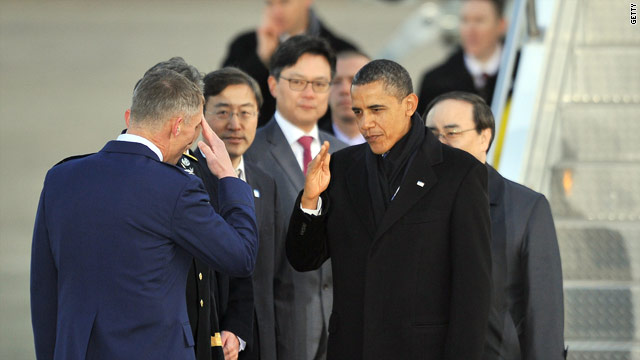 He flew into Seoul, where he is expected to hold a bilateral meeting with his South Korean counterpart Lee Myung-bak. 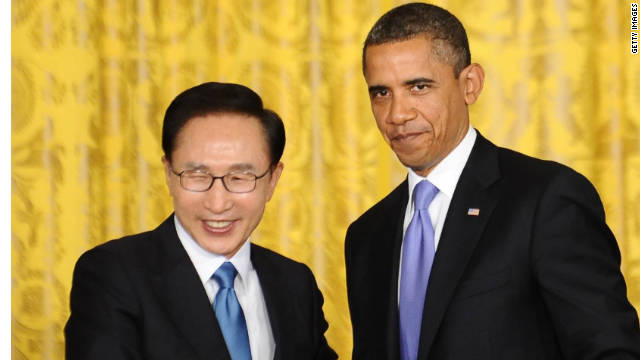 Washington (CNN) - President Barack Obama and his South Korean counterpart hit the road together Friday, traveling to the heart of America's Rust Belt to tout a recently approved trade deal between Washington and Seoul.

Obama also used the occasion to defend his controversial 2009 bailout of the U.S. auto industry, which has shown recent signs of recovery. 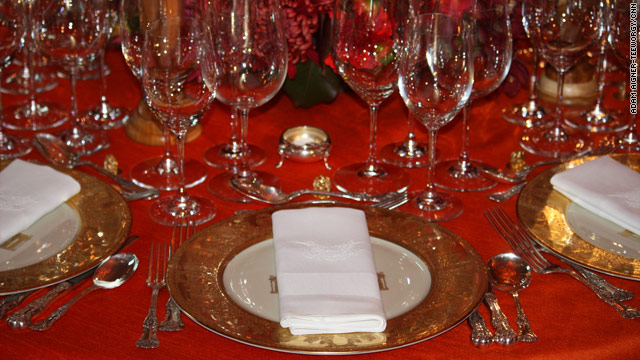 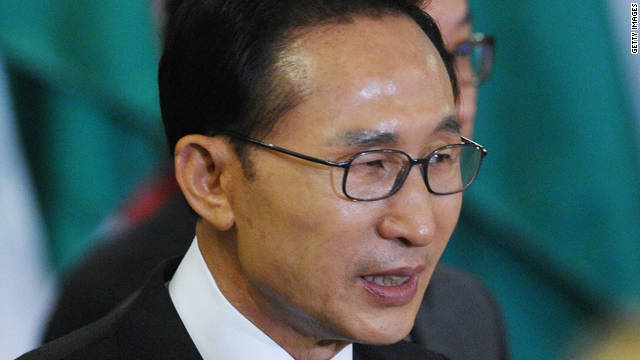 Washington (CNN) - President Barack Obama welcomed his South Korean counterpart to the White House on Thursday, a day after Congress approved a free-trade agreement between the two nations.

Obama hailed President Lee Myung-Bak as a "good friend and partner" at a welcoming ceremony. 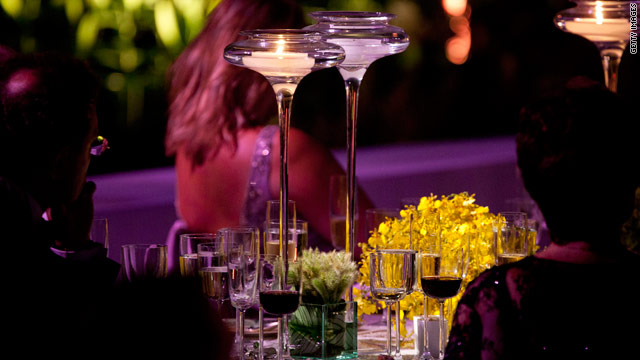