King, when discussing a proposal to give citizenship to the children of undocumented workers in an interview last week with Newsmax, suggested many of them were drug smugglers.

Washington (CNN) – As the outcry from Democrat and Republicans alike grows over Rep. Steve King's remarks regarding immigration and drugs, the GOP congressman defended his comments Wednesday.

The comments originally came during a controversial interview last week where he suggested the possibility of a pathway to citizenship for undocumented children who excel while receiving an American education was not worth also legalizing the immigration status of drug smugglers.
END_OF_DOCUMENT_TOKEN_TO_BE_REPLACED

King made the comments in an interview Thursday with conservative news organization Newsmax. They were in response to criticism from anti-tax advocate Grover Norquist, himself a supporter of the Senate immigration overhaul.
END_OF_DOCUMENT_TOKEN_TO_BE_REPLACED 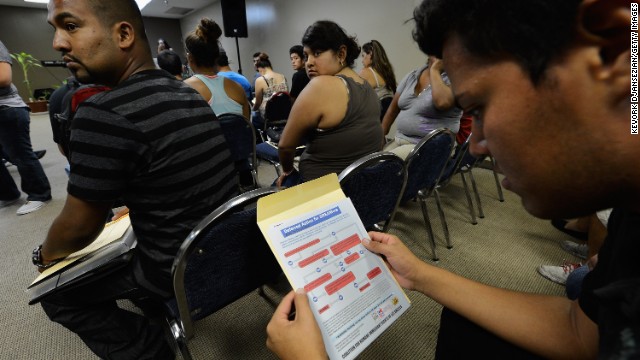 This amendment, however, appears doomed to be a political gesture as the Senate remains Democrat-controlled and Obama serves out his second term.
END_OF_DOCUMENT_TOKEN_TO_BE_REPLACED

Rep. Steve King decides not to run for Senate

(CNN) – Republican Rep. Steve King of Iowa decided against running for the U.S. Senate, saying Friday he wants to focus on legislation in the House rather than spend time on the campaign trail. “We have in front of us in Congress a series of potent issues which will redirect the destiny of our state and nation,” he said in a statement.

“Among them are a farm bill, ObamaCare, debt and deficit, immigration, and tax reform. If I step away from these responsibilities while campaigning in an effort to multiply leverage in the Senate, what becomes of our nation in the mean time?”
END_OF_DOCUMENT_TOKEN_TO_BE_REPLACED

But the measure, which was formally filed for consideration in the Senate early Wednesday, already faces blowback from some opponents of immigration reform, who argue Monday's attack - which was committed by a yet unknown perpetrator – should be cause for reconsidering any reform making it easier for immigrants to gain citizenship.
END_OF_DOCUMENT_TOKEN_TO_BE_REPLACED

(CNN) - U.S. Rep. Steve King - who is mulling a run for the U.S. Senate - said Saturday he will leave this weekend’s Conservative Political Action Conference with renewed energy.

"I'm going to go out of this place like a rocket. This is such a dynamic place for conservatives to gather together," he said in an interview on CNN. "There's no better place to be in America right now."
END_OF_DOCUMENT_TOKEN_TO_BE_REPLACED

Steve King: Karl Rove 'launched a crusade against me'

(CNN) - Rep. Steve King hasn't even declared whether or not he will run for the U.S. Senate.

But on Thursday the Iowa Republican sent a plea to supporters charging veteran GOP strategist Karl Rove was marshalling forces against him in a preemptive effort to push him out of the race.
END_OF_DOCUMENT_TOKEN_TO_BE_REPLACED 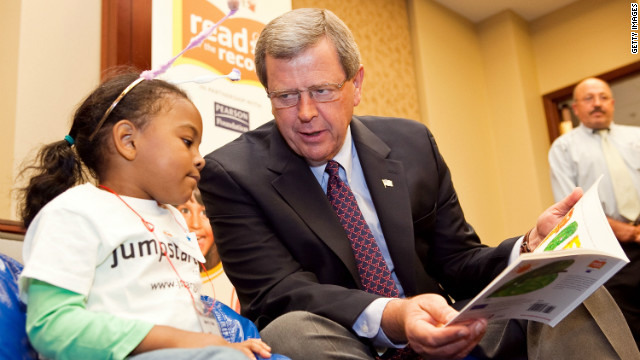 Rep. Latham considering a run for Senate in Iowa

(CNN) - Republican Rep. Tom Latham is mulling a run for Senate in Iowa to replace retiring Democrat Tom Harkin, but cautioned that "it's way early" to announce any decision.

Latham told reporters that fellow Iowa GOP Rep. Steve King's decision on whether he'll run for the seat will have no impact on his own deliberations.
END_OF_DOCUMENT_TOKEN_TO_BE_REPLACED 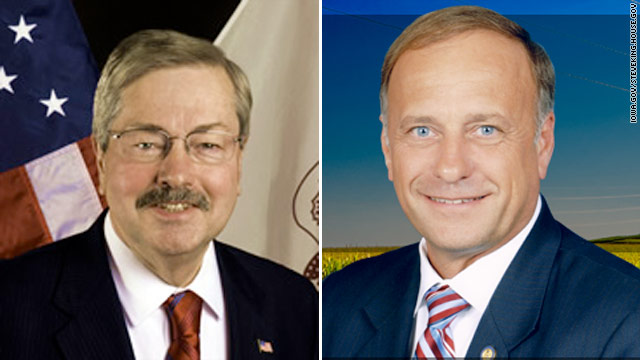 "The Romney-Ryan ticket is stronger than the McCain-Palin ticket," said Iowa Rep. Steve King, one of the state's leading conservative voices and a longtime critic of Sen. John McCain, the 2008 Republican standard-bearer.
END_OF_DOCUMENT_TOKEN_TO_BE_REPLACED