END_OF_DOCUMENT_TOKEN_TO_BE_REPLACED

The "Inside Politics" Forecast: Obama tries to change the subject… again

END_OF_DOCUMENT_TOKEN_TO_BE_REPLACED

Rand Paul: No money to countries that persecute Christians

Washington (CNN) – Sen. Rand Paul intertwined his message against foreign aid on Friday with a message that appeals to the GOP's social conservative base.

"There's a war on Christianity going on, and sometimes you're being asked to pay for it," the Kentucky Republican said. "I say not one penny to any country that persecutes Christians."

END_OF_DOCUMENT_TOKEN_TO_BE_REPLACED

Rice: United States is leading with ‘lethal and non-lethal’ aid to Syria

“The United States has been the single largest contributor of humanitarian assistance, providing over 1.7 billion dollars,” she said in an interview with CNN. “That's why the United States has ramped up its support for the moderate vetted opposition, providing lethal and nonlethal support where we can to support both the civilian opposition and the military opposition.”

END_OF_DOCUMENT_TOKEN_TO_BE_REPLACED

(CNN) - President Barack Obama once again lamented the limits of his power on the world stage, expressing regret in a speech Wednesday night that he was unable to stop recent atrocities against children in Nigeria and Syria.

"I have this remarkable title right now - President of the United States - and yet every day when I wake up, and I think about young girls in Nigeria or children caught up in the conflict in Syria - when there are times in which I want to reach out and save those kids, having to think through what levers, what power do we have at any given moment" Obama said in a speech at the University of Southern California Shoah Foundation's gala in Los Angeles.

END_OF_DOCUMENT_TOKEN_TO_BE_REPLACED

(CNN) – CNN’s State of the Union Host Candy Crowley aptly put it at the top of her show Sunday: Four of the last six presidents were governors.

Governors descended upon Washington this week for the annual National Governors Association meeting. They also filled the hot seats on the Sunday talk shows.

That inevitable question was asked. The one about running for president.
END_OF_DOCUMENT_TOKEN_TO_BE_REPLACED

(CNN) - Sen. John McCain on Sunday slammed U.S. policy in Syria as an “abysmal failure and a disgraceful one.”

A second round of peace talks wrapped up in Geneva Saturday with little progress toward ending Syria's civil war, and nearly 5,000 people have died in there in the past three weeks, marking the most violent stretch in Syria's almost three-year conflict.

END_OF_DOCUMENT_TOKEN_TO_BE_REPLACED

Washington (CNN) – Two and a half months after the U.S. backed off its threat to launch a bombing campaign against the Syrian regime, not everyone in Congress is happy with the easing of tensions.

END_OF_DOCUMENT_TOKEN_TO_BE_REPLACED 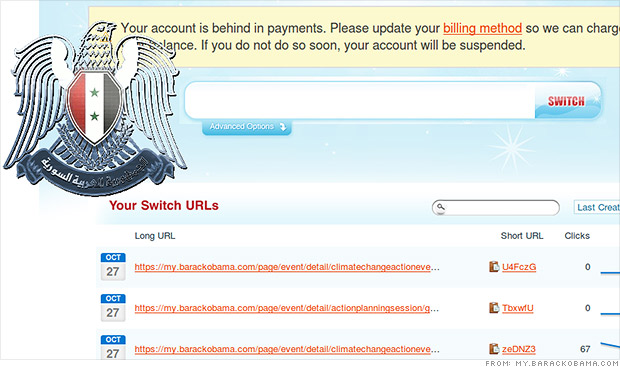