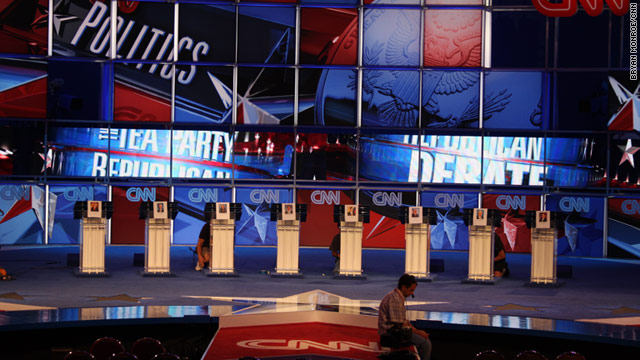 Tampa, Florida (CNN) - A battle over Social Security between the top two contenders in the race for the GOP nomination that started at last week's presidential debate doesn't show any signs of quieting down, and a first ever CNN/Tea Party Republican debate Monday night in Florida could serve as the setting for round two in the clash.

And the debate, being held at the Florida State Fairgrounds, will give the six other candidates on the stage an opportunity to change the dynamics of what many are currently portraying as a two-person race between Texas Gov. Rick Perry and former Massachusetts Gov. Mitt Romney.

On Monday, Sept. 12th, CNN will broadcast the "Tea Party Republican Debate," live from Tampa, Florida at 8 p.m. ET. Follow all the issues and campaign news leading up to the debate on CNNPolitics.com and @cnnpolitics on Twitter 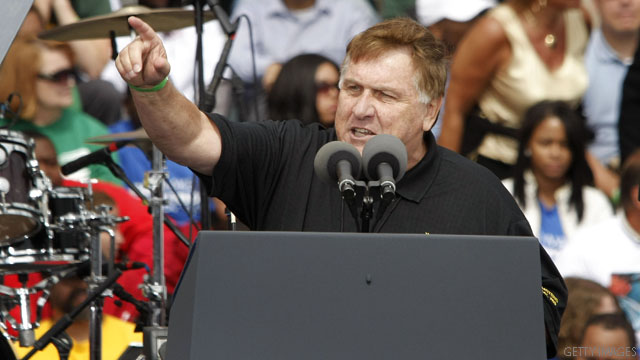 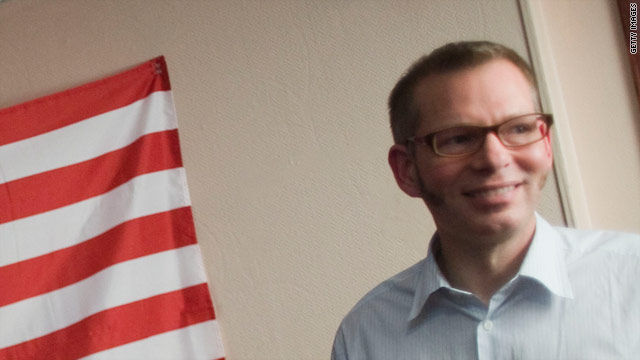 Matt Kibbe, president and CEO of FreedomWorks, was adamant that the former Massachusetts governor is "not good with the men and women of the tea party movement" Friday during an interview on CNN.
END_OF_DOCUMENT_TOKEN_TO_BE_REPLACED 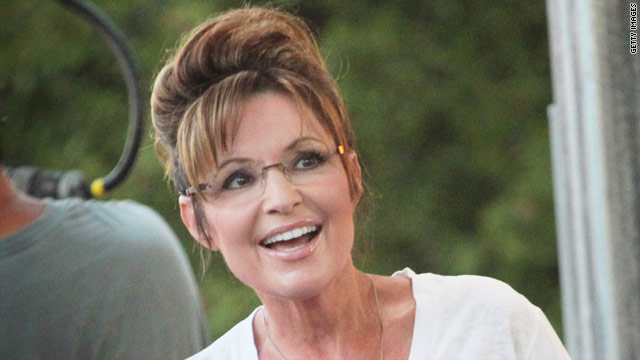 The 2008 GOP vice presidential nominee will attend a Tea Party Express rally in Manchester on Monday, the same day former Massachusetts Gov. Mitt Romney was due to attend the event.
END_OF_DOCUMENT_TOKEN_TO_BE_REPLACED 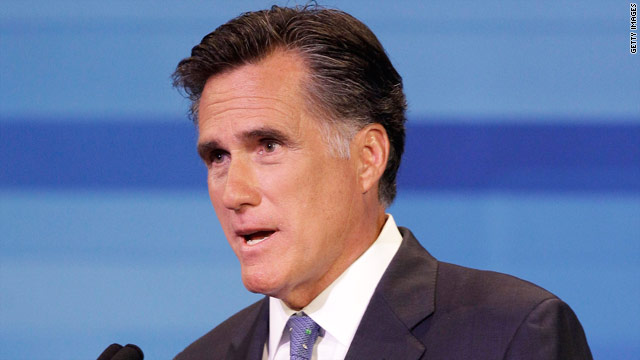 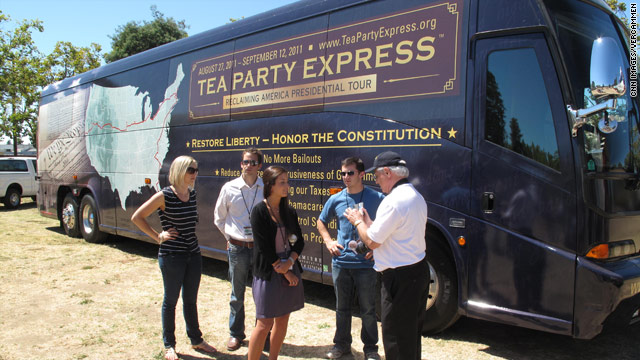 The Tea Party Express, one of the nation’s largest tea party groups, launched its 29-city bus tour this weekend in California.
END_OF_DOCUMENT_TOKEN_TO_BE_REPLACED 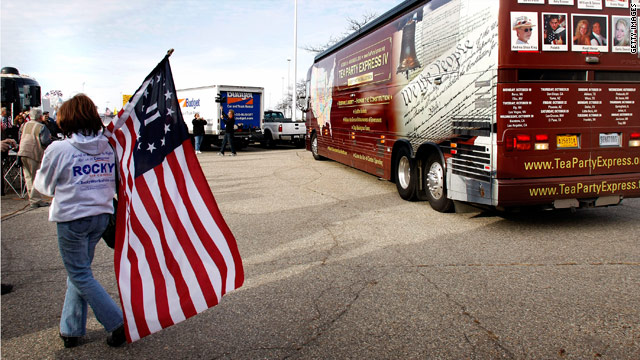 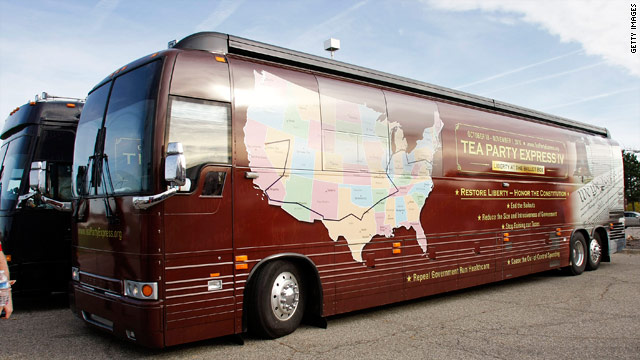 Washington (CNN) – On Wednesday, the Tea Party Express announced that it will launch a national bus tour in August, the fifth of its kind since the conservative movement began in 2009.

The tour will kick off August 27 in Napa, California and wind its way through 29 rallies. As it has in past, the tour will feature musical acts, conservative speakers and political candidates, likely even Republican presidential candidates.
END_OF_DOCUMENT_TOKEN_TO_BE_REPLACED 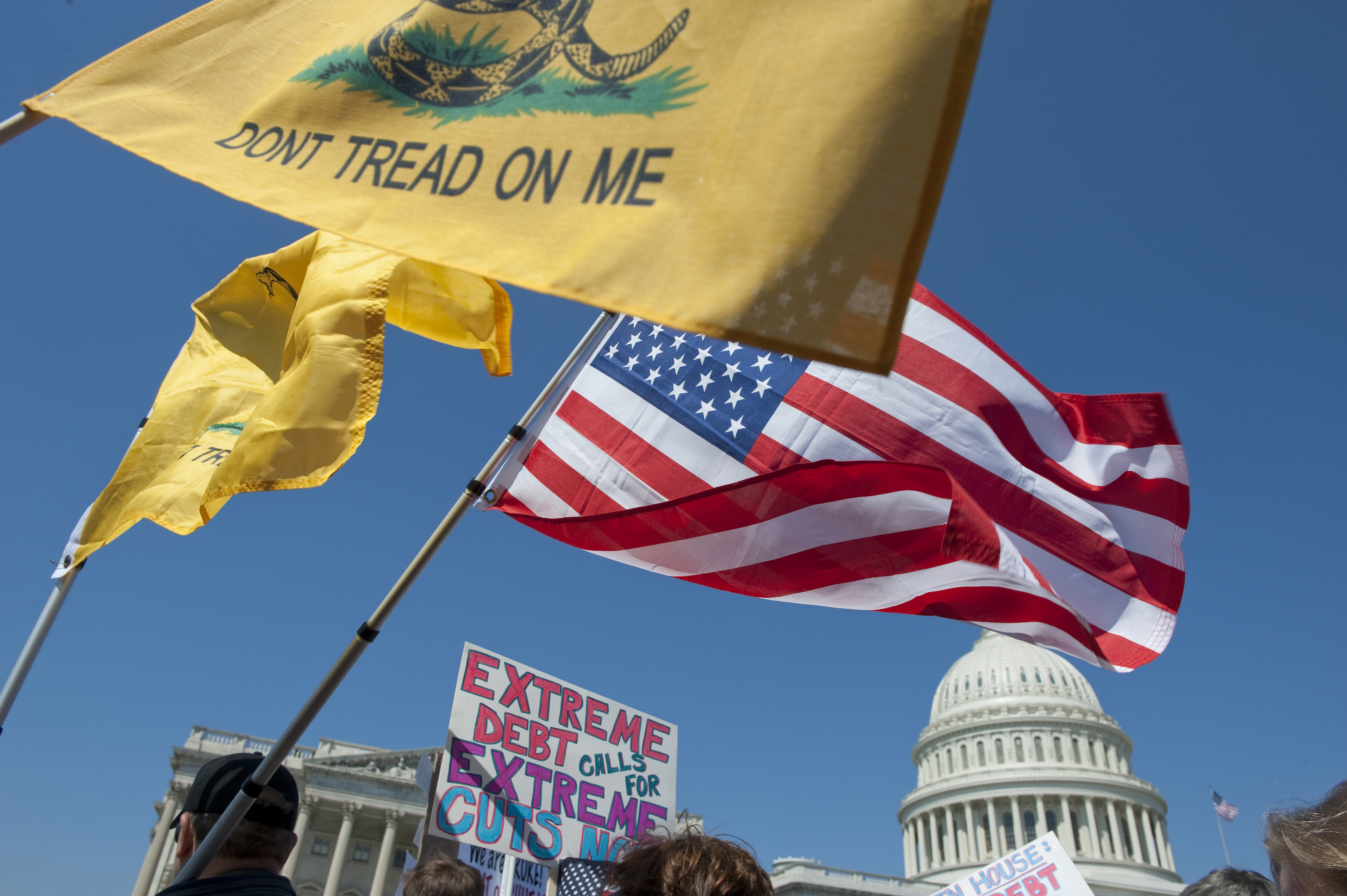 That's the declaration from the Tea Party Express on Monday ahead of the debate, in Manchester, co-sponsored by CNN, WMUR and The New Hampshire Union Leader.
END_OF_DOCUMENT_TOKEN_TO_BE_REPLACED 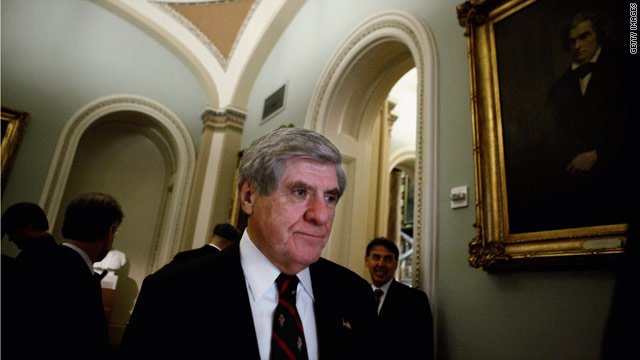 In a preview of what'll likely be a bruising bout of political combat, the Tea Party Express and Nebraska Democratic Sen. Ben Nelson's campaign began trading barbs on Wednesday.
END_OF_DOCUMENT_TOKEN_TO_BE_REPLACED