In his remarks, Obama insisted the fight against terrorists must shift to reflect current threat levels, which he described as having evolved since the attacks of September 11, 2001. The global "war on terror," launched in the aftermath of those attacks, must end, "like all wars," the president maintained.
END_OF_DOCUMENT_TOKEN_TO_BE_REPLACED

(CNN) - President Barack Obama announced changes to American counterterrorism policy Thursday in a speech at the National Defense University in Washington. Below are his remarks, as prepared for delivery.
END_OF_DOCUMENT_TOKEN_TO_BE_REPLACED

Washington (CNN) - From the targeted killing of Americans overseas to the future of the military prison at Guantanamo Bay, President Barack Obama will lay out the framework and legal rationale for his administration's counterterrorism policy in a widely anticipated speech on Thursday.

Administration officials tell CNN that Obama will use the National Defense University speech to continue to call on engagement with Congress on aspects of national security, more transparency in the use of drones, and a review of threats facing the United States.

Obama to give much-anticipated speech on terrorism, drones

(CNN) - President Barack Obama will deliver long-promised remarks Thursday explaining the legal framework behind the decisions he makes to use drones against terrorist threats and further detail the administration’s counterterrorism policy, according to a White House official.

In his speech at the National Defense University, the president also plans to review the state of threats the country currently faces and efforts to close down Guantanamo Bay's detention facility, the official said.
END_OF_DOCUMENT_TOKEN_TO_BE_REPLACED

And according to a CNN/Time/ORC International survey, the public is particularly concerned about the government eavesdropping on their cell phones or reading their email.
END_OF_DOCUMENT_TOKEN_TO_BE_REPLACED 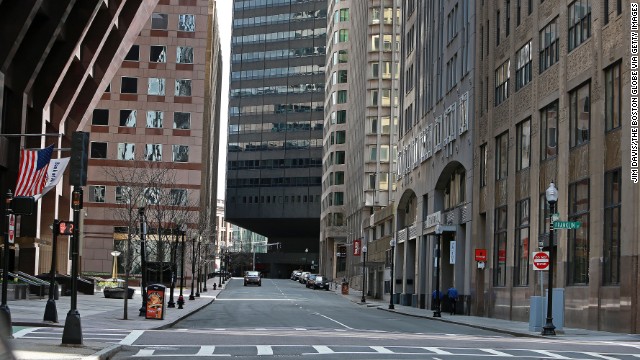 But according to a Pew Research Center survey conducted after last week's Boston Marathon bombings, there's no rise in public concerns about another terrorist attack here in the U.S.
END_OF_DOCUMENT_TOKEN_TO_BE_REPLACED

But the measure, which was formally filed for consideration in the Senate early Wednesday, already faces blowback from some opponents of immigration reform, who argue Monday's attack - which was committed by a yet unknown perpetrator – should be cause for reconsidering any reform making it easier for immigrants to gain citizenship.
END_OF_DOCUMENT_TOKEN_TO_BE_REPLACED

Did the president hit delete on his national security stump speech?

Athens, Ohio (CNN) - A standard line in the president's stump speech that touts his administration's efforts to target al Qaeda has been missing from recent stops, in the wake of the Libya terror attacks.

"I said we'd refocus on the people who actually attacked us on 9/11, and today al Qaeda is on the run and Osama bin Laden is dead," the president has said.
END_OF_DOCUMENT_TOKEN_TO_BE_REPLACED

"The terrorist attack today in Bulgaria is a sobering reminder that the scourge of terrorism continues to threaten all free people. My heart goes out to the victims and their families, and to all Israelis who have been the targets of such brutal and cowardly violence for so long. We must stand together in the fight against terrorism, and we must prevail."

While key Israeli politicians pointed to Iran as the likely instigator, Romney made no mention of the country in his response. 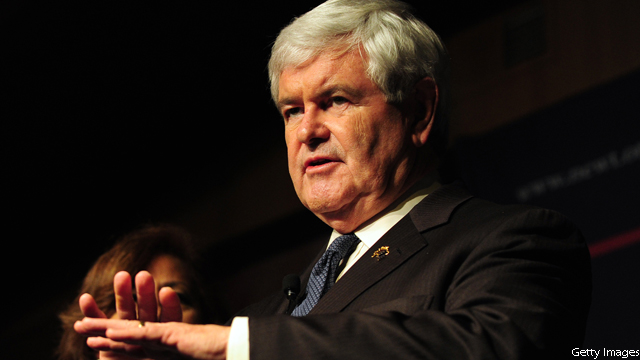 (CNN) – Republican presidential candidate Newt Gingrich on Tuesday stood by comments he made the previous day urging voters to defeat President Barack Obama as a "duty of national security."

Asked what he meant by his remarks, the former House speaker said the president's policies pander to Islamic countries and the federal government refuses to "talk accurately about radical Islam."

CNN LIVE: Tune in Wednesday at 8 p.m. ET for the last presidential debate before Super Tuesday, the CNN/Arizona Republican Party Debate hosted by John King. Follow it on Twitter at #CNNDebate and on Facebook at CNN Politics. For real-time coverage of the Arizona and Michigan primaries, go to CNNPolitics.com or to the CNN apps or CNN mobile web site.
END_OF_DOCUMENT_TOKEN_TO_BE_REPLACED