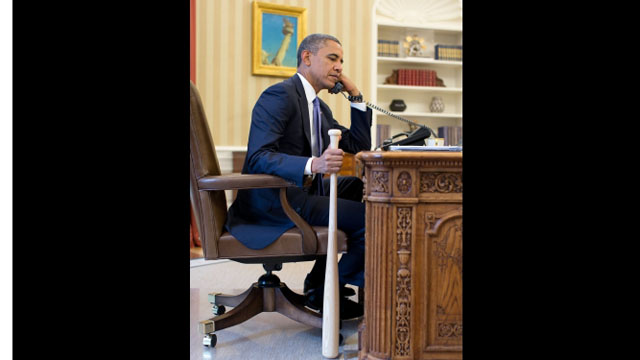 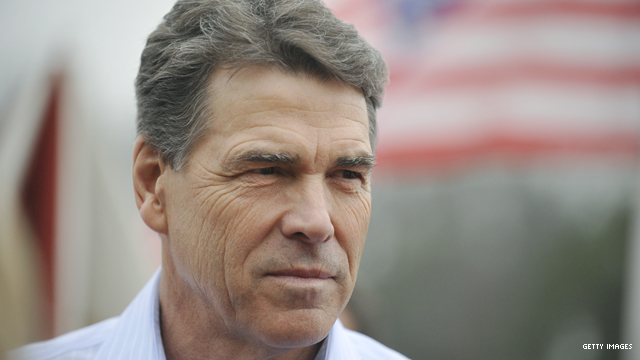 Tune in Thursday at 8 p.m. ET for the CNN/Southern Republican Presidential Debate hosted by John King and follow it on Twitter at #CNNDebate. For real-time coverage of the South Carolina primary, go to CNNPolitics.com and on the CNN apps for iPhone, iPad, Android or other phones.
END_OF_DOCUMENT_TOKEN_TO_BE_REPLACED

Istanbul (CNN) - Turkey's foreign ministry condemned Texas Gov. Rick Perry Tuesday for saying that Turkey was a "country that is being ruled by what many would perceive to be Islamic terrorists."

Perry made the statement during a spirited debated between Republican presidential candidates in South Carolina Monday night. 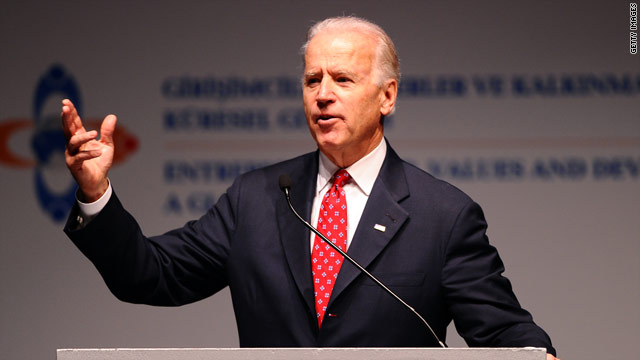 (CNN) - On a visit to Turkey, Vice President Joe Biden on Saturday called for increased openness around the world, arguing that political and social freedoms create economic opportunities.

Biden spoke at the Global Entrepreneurship Summit, hosted in Istanbul, whose goal is to promote entrepreneurship and facilitate innovation and private enterprise.

New Yorkers say no to a Bloomberg Thanksgiving

(CNN) - Many New York City voters would leave Mayor Michael Bloomberg off their guest list this Thanksgiving, according to a new poll.

The Quinnipiac survey released Wednesday indicates 56 percent of registered voters would not invite Bloomberg to their table for the holiday. Forty-two percent said they would invite him.
END_OF_DOCUMENT_TOKEN_TO_BE_REPLACED

Washington (CNN) - President Obama wished the nation a happy Thanksgiving on Thursday and also used his weekly address to renew his call for bipartisan cooperation on addressing major issues facing the nation.

In the remarks usually delivered on a Saturday, Obama said the first family will have the same kind of holiday experienced by millions of Americans - filled with friends and relatives, good food and football.
END_OF_DOCUMENT_TOKEN_TO_BE_REPLACED

Washington (CNN) - At 21 weeks of age and 45 pounds each, Apple and Cider would normally be prime candidates for Thanksgiving dinner this year.

Instead, the two California-born turkeys got a new lease on life Wednesday when President Obama pardoned them in a Rose Garden ceremony at the White House.

The 45-pound birds endured months of rigorous training and rose to the head of a class of 20,000 feathered friends vying for a pardon from the dreaded Thanksgiving Day buffet.

[cnn-photo-caption image= http://i2.cdn.turner.com/cnn/2010/images/06/16/art.pence0525y.gi.jpg caption = “Rep. Mike Pence believes Turkey should not head down a path of closer diplomatic relations with Iran.”]
Washington (CNN) - Supporters of Israel in the U.S. House warned Turkey on Wednesday they might support a resolution recognizing the Armenian genocide that so far has failed to come up for a vote by the full chamber.

Turkey opposes the resolution that would bring formal U.S. recognition of the 1915-1923 campaign by Turkey's Ottoman Empire against the Armenian population of eastern Anatolia region as genocide.

The resolution passed the House Foreign Affairs Committee by a single vote in March, but so far has not come up for debate by the full House. Turkey called home its U.S. ambassador to protest the House committee vote.

However, House members who have been unwilling to support the resolution now say they might change their minds due to Turkey's pro-Iranian moves and support for the recent effort to break Israel's blockade of Gaza.

"There will be a cost if Turkey stays on its present heading of growing closer to Iran and more antagonistic to the state of Israel," Rep. Mike Pence, R-Indiana, told a news conference. "It will bear upon my view and I believe the view of many members of Congress on the state of the relationship with Turkey."