New York (CNNMoney) - Warren Buffett is again arguing for higher taxes on himself and other high-income individuals, calling for an even steeper bite than in the Obama administration's so-called "Buffett Rule."

Buffett hopes for a Clinton White House in 2016

"I don't see how you could have anybody better qualified," Buffett told CNN's Poppy Harlow in an exclusive interview Wednesday about the current Secretary of State and 2008 White House hopeful.
END_OF_DOCUMENT_TOKEN_TO_BE_REPLACED

Washington (CNN) - Hours before a crucial Senate vote over the so-called "Buffett Rule," a new national poll indicates that nearly three-quarters of Americans support the measure to require people earning $1 million a year or more to pay at least 30% in taxes.

According to a CNN/ORC International survey, 72% favor the bill, which is named for billionaire investor Warren Buffett, who has argued that it's unfair that he pays a lower tax rate than his secretary. Twenty-seven percent oppose the measure. 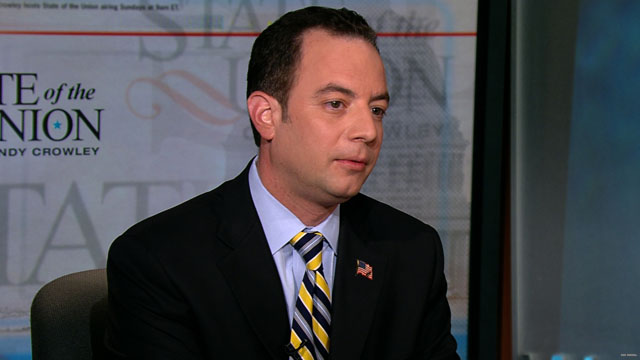 Washington (CNN) - Republican National Committee Chairman Reince Priebus on Sunday said the proposed "Buffett Rule," backed by President Barack Obama, is a political maneuver meant to distract from his record on the economy.

Priebus said the rule, which would level a minimum tax rate on millionaires, amounts to "one single tiny alteration of the tax code" that will not make a significant dent in the budget.
END_OF_DOCUMENT_TOKEN_TO_BE_REPLACED

NEW YORK (CNNMoney) - A lot gets lost in the rhetoric about the Buffett Rule, which would impose a minimum 30% tax on millionaires.

And at the top of the list is this fact: Most millionaires already pay higher effective tax rates than just about everyone else.

Buffett bites back at Christie's call to 'shut up'

(CNN) – Warren Buffett on Monday hit back against Republican Gov. Chris Christie of New Jersey for saying the billionaire investor should "just write a check and shut up" about taxes.

"It's sort of a touching response to a $1.2 trillion deficit, isn't it, that somehow the American people will just all send in checks and take care of it," Buffett said on CNBC.
END_OF_DOCUMENT_TOKEN_TO_BE_REPLACED

During a discussion with CNN's Piers Morgan about tax rates, Christie made it known that he's just about had it with Buffett, the world-famous investor who lent his name to a proposed tax hike on the rich.

New York (CNNMoney) - How would millionaire and billionaire investors like Warren Buffett fare under the GOP presidential hopefuls' tax plans?

Here's a good bet: Much better than Buffett would like.