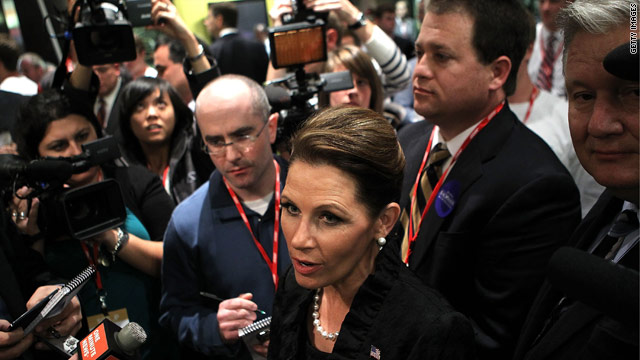 "I think it's only respectful to allow the candidates to be able to speak and not intentionally ahead of time make a decision to limit candidates' opportunity to speak to the American people," the Minnesota congresswoman said after the debate, which was held in South Carolina. "Clearly this was an example of media bias."
END_OF_DOCUMENT_TOKEN_TO_BE_REPLACED