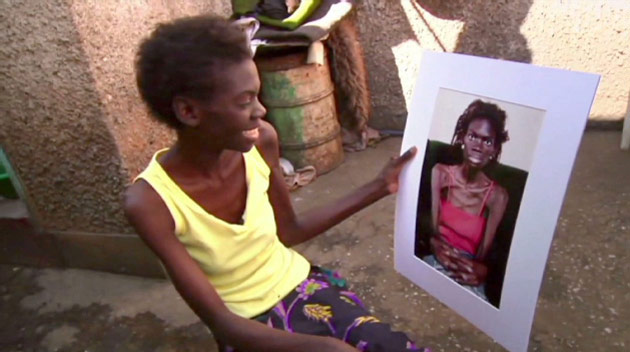 Washington (CNN) - The Biblical story of Lazarus is happening again in Africa. At least it looks that way.

One moment, men, women and children suffering from AIDS are lying at death's door, barely able to move, open their eyes, or speak. Then a few days or weeks later, they are walking, talking, laughing; truly appearing to have come back from the dead.

Washington (CNN) – At the Faith and Freedom Conference and Strategy Briefing, social conservatives filed into the Mayflower Hotel in Washington, DC to hear from a who's who of conservative voices.

The group says on its website the goal of the conference was to "mobilize and train people of faith to be effective citizens" and "to speak out in the public arena and in the media on behalf of common-sense values." The event was put together by former head of the Christian Coalition, Ralph Reed.

Tucker Carlson was the first speaker of the day. The editor of the online Daily Caller began the day by lambasting, what he called, the liberal media and encouraging the members of the audience to stop complaining and start acting. Carlson, a former CNN commentator, was introduced as such and the very mention of CNN drew boos from the crowd.

END_OF_DOCUMENT_TOKEN_TO_BE_REPLACED

[cnn-photo-caption image= http://i2.cdn.turner.com/cnn/2010/images/02/04/art.mardigras.file.gi.jpg caption="An open primary is scheduled for Saturday in New Orleans amidst Mardi Gras celebrations."]Washington (CNN) - File this one under all politics is local.

New Orleans will be rocking this weekend as Mardi Gras season is well underway and the hometown Saints contend in the Super Bowl. But all the celebratory hoopla is raising questions about Saturday's elections which include an open primary for Mayor.

In Orleans Parish eleven mayoral candidates, Democrats and Republicans, will be on the ballot to replace Mayor Ray Nagin, a Democrat who is term limited. If no candidate wins 50 percent of the vote, the top two vote getters will go headto head in a runoff.

On Election Day across the Crescent City there are five carnival crews scheduled to hold their annual Mardi Gras parades . Starting at noon many streets will be blocked off as the floats and marching bands make their way down the wide avenues and residents will line the streets grasping for beads and doubloons. Many will also be making preparations for Super Bowl celebrations.