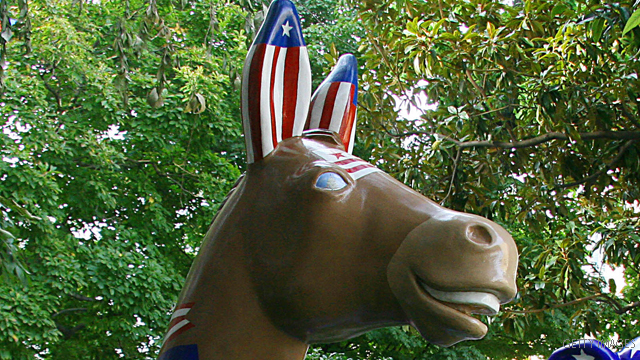 Washington (CNN) - One of the Democrats' brand-new independent-expenditure groups is going on the offensive – already.

House Majority PAC, a third-party group dedicated to winning Democratic control of the House of Representatives, will begin airing radio ads on Thursday as part of a six-figure campaign, sources familiar with the effort said. The ads target 10 House Republicans who voted for Rep. Paul Ryan’s budget. It accuses them of trying to gut Medicare while giving a tax break to the wealthy.
END_OF_DOCUMENT_TOKEN_TO_BE_REPLACED

Independent groups expected to rake in hundreds of millions

All told, these Democratic third-party groups aim to raise up to $200 million in outside money - that's in addition to the $1 billion Obama's fundraisers set as their campaign goal. The number and size of the independent expenditure groups ballooned last year, thanks in part a Supreme Court ruling that allows unlimited contributions by corporations. 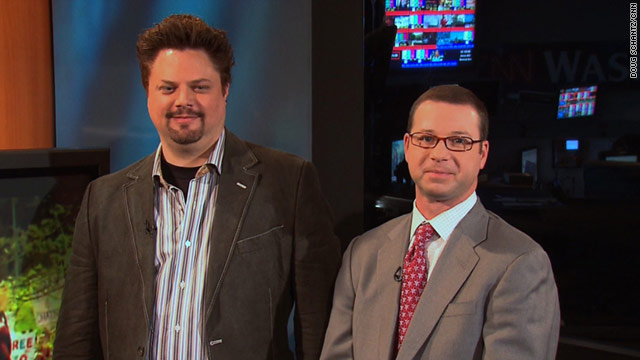 It felt like a music video and got the political world buzzing. 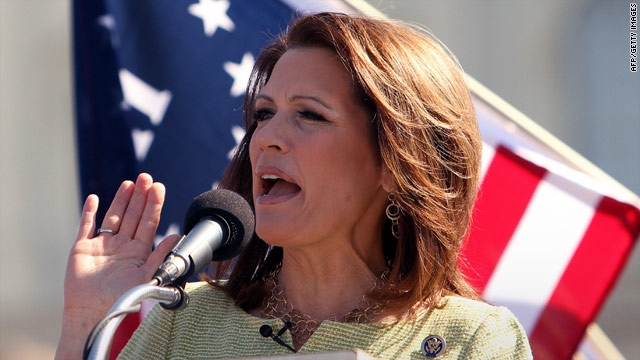 Bachmann says she's 'not in competition with Paul Ryan'

Washington (CNN) - Representative Michele Bachmann tells CNN at the top of her post State of the Union speech she will announce that her remarks are not the official Republican response.

She says she's spoken with Representative Paul Ryan, who is giving the official GOP rebuttal, and with Republican leadership and explains she's "not in competition with Paul Ryan." Instead she says the media has turned it into a rebuttal, misconstruing her intentions.
END_OF_DOCUMENT_TOKEN_TO_BE_REPLACED

Washington (CNN) - They make for strange political bedfellows. Some on the right are joining their usual adversaries on the left in their anger at the proposed tax cut deal.

Many conservative activists are particularly upset that the measure would add almost $900 billion to the deficit - although they all support the extension of the Bush-era tax cuts, arguing those would spur economic growth.
END_OF_DOCUMENT_TOKEN_TO_BE_REPLACED

Anaheim, California (CNN) - Sarah Palin urged about 2,000 of the GOP faithful to come out in support of Republican candidates during a raucous Republican National Committee fundraiser and rally in Anaheim on Saturday.

LOS ANGELES, California (CNN) - Talk about burying the hatchet. When former President Bill Clinton turned out to rally for California Democratic gubernatorial nominee Jerry Brown on Friday night, the former rivals hugged and made up.

The two have a bitter political history dating to 1992, when they ran against each other in the Democratic presidential primary.

Las Vegas, Nevada (CNN) - Both Sen. Harry Reid and Sharron Angle know a lot is at stake tonight with their one and only debate. Each candidate has something to prove and also needs to try to dispel some negatives as polls show this race - one of the most hotly contested Senate races in the country - neck and neck.

So far what voters here have mostly seen is a continuous loop of attack ads both by the campaigns and by outside groups going after everything ranging from the candidates' positions on immigration to the future of Social Security and Medicare to their votes on providing Viagra or mammograms. Tens of millions of dollars have been spent on ads in the Senate race, according to the Campaign Media Analysis Group, CNN's consultant.
END_OF_DOCUMENT_TOKEN_TO_BE_REPLACED

(CNN) - The Democratic Senatorial Campaign Committee will put just over $2 million into Nevada over the next two weeks, sources confirm to CNN, as Senate Majority Leader Harry Reid battles for his political life.

This comes after Reid's Republican Tea Party-backed challenger Sharron Angle announced she raised over $14 million in the last quarter, between July and August.
END_OF_DOCUMENT_TOKEN_TO_BE_REPLACED