Washington (CNN) - John Brennan came well-prepared Thursday and held his own during questioning at his Senate confirmation hearing to become the 21st director of the Central Intelligence Agency. It was in stark contrast to what was considered by many as an ill-prepared, lethargic performance by defense secretary nominee Chuck Hagel at his confirmation hearing last week.

Democrats on the Senate Intelligence Committee mostly grilled Brennan about his knowledge of the CIA's controversial interrogation and detention program and the lethal targeting of suspected terrorists. Republicans tended to focus on leaks of secret information about counterterrorism activities.

(CNN) - Senior intelligence, State Department and FBI officials can expect to be grilled next week as congressional hearings resume on the terror attack on the U.S. diplomatic mission in Libya that killed four Americans.

Lawmakers want answers to many outstanding questions surrounding the September 11 armed assault on the State Department compound and a CIA annex in Benghazi. 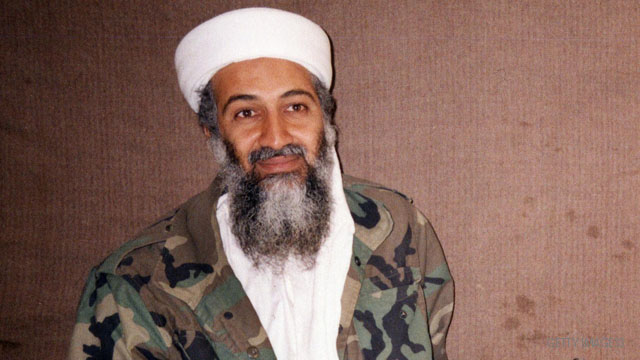 Washington (CNN) - Members of the Senate Armed Services Committee and the Senate Intelligence Committee, as well as those in the equivalent House committees, will be allowed to view the photographs taken of Osama bin Laden after he was killed, a U.S. official told CNN Tuesday.

The viewings will take place at CIA headquarters in northern Virginia at a time to be decided, the official said.

Washington (CNN) - After just two weeks on the job, the nation's new intelligence chief has taken his first step toward further integrating the intelligence community.

Director of National Intelligence James Clapper announced Friday that he is creating the position of deputy director for intelligence integration. In a written statement, Clapper said the new position is designed "to elevate information sharing and collaboration" between those who collect intelligence and those who analyze it.

END_OF_DOCUMENT_TOKEN_TO_BE_REPLACED

The Senate Intelligence Committee on Thursday unanimously approved retired Air Force Lt. Gen. James Clapper to be the next Director of National Intelligence.

The full Senate is expected to take up the nomination before it leaves on its August recess at the end of next week.

Washington (CNN) - Homeland Security Secretary Janet Napolitano is in hot water for not appearing Wednesday at a congressional hearing on the failed attempt to blow up a U.S.-bound airliner on Christmas Day.

House Homeland Security Committee Chairman Bennie Thompson said the committee had been told Napolitano would be out of the country and agreed to have her deputy, Jane Holl Lute, testify in her absence.

But Thompson said he understood that Napolitano's schedule changed and she was in Washington. He said the committee should have been informed if she was unable to attend for another reason.

"It's a courtesy the committee deserves," said the chairman.

END_OF_DOCUMENT_TOKEN_TO_BE_REPLACED

Sen. Dianne Feinstein, D-California, told the "FOX News Sunday" program that Panetta testified that "he was told that the vice president had ordered that the program not be briefed to the Congress."

"I think this is a problem, obviously," Feinstein said, adding that the law requires full disclosure of such operations to Congress.

The disclosure by Panetta to both the Senate and House intelligence committees about Cheney's involvement was first reported in The New York Times. Efforts to contact Cheney for reaction were unsuccessful.

CIA spokesman Paul Gimigliano declined to comment on the report.

"It's not agency practice to discuss what may or may not have been said in a classified briefing," Gimigliano said. "When a CIA unit brought this matter to Director Panetta's attention, it was with the recommendation that it be shared with Congress. That was also his view, and he took swift, decisive action to put it into effect."

WASHINGTON (CNN) - The Justice Department informed a federal court Thursday that it now needs until the end of August to complete its review of a CIA internal investigation of its controversial interrogation and detention program.

In a letter to Judge Alvin Hellerstein, Justice officials said the 2004 Inspector General's report had to be considered in relationship to 318 other documents under court-ordered review.

The court had ordered the review of all of the CIA documents to be completed by August 31, but the government had said it would expedite its consideration of the inspector-general report, setting a deadline of June 19 - a deadline it has extended twice.

In the letter to the court, the Justice attorneys said, "Given the sensitivity of the information at issue, and the need for coordination among multiple components of the government, the review of the remanded documents is a time consuming and labor intensive exercise."
END_OF_DOCUMENT_TOKEN_TO_BE_REPLACED

WASHINGTON (CNN) - The confirmation process for President Barack Obama's choice to be CIA director is back on track after a delay in paperwork.

Leon Panetta has now provided all of the material needed by the Senate Intelligence Committee to go forward with his confirmation hearing, according to a Senate aide familiar with the process but not authorized to talk for attribution.

The hearing had been scheduled for this week, but was postponed to give Panetta more time to complete work on what the Senate aide called a "voluminous package of materials," including a lengthy questionnaire. Since Intelligence Committee rules require nominees to submit all information at least seven days prior to a hearing, Panetta is now scheduled to go before the committee next Tuesday, the Senate aide said.

END_OF_DOCUMENT_TOKEN_TO_BE_REPLACED

[cnn-photo-caption image= http://i2.cdn.turner.com/cnn/2008/images/11/05/art.bojoepat1105.ap.jpg caption= "President-elect Obama will receive his first daily intelligence briefing Thursday; Vice President-elect Biden will receive also receive a daily briefing as part of the transition of power."]
WASHINGTON (CNN) – President-elect Barack Obama is expected to receive on Thursday his first top secret intelligence briefing similiar to the one provided President Bush each day, according to U.S. officials familiar with the process.

A team of intelligence briefers has been named and is ready to discuss with Sen. Obama the Presidential Daily Brief– the PDB as it is called.

In a message to CIA employees obtained by CNN, CIA Director Michael Hayden said Director of National Intelligence Michael McConnell will lead the first briefing of the newly elected President and has designated senior agency officer Michael Morrell to oversee the PDB process during the transition. The two principal briefers for Obama will be CIA career officers.

Each day, the commander in chief receives the PDB. DNI McConnell and other senior national security officers brief President Bush each morning, six days a week, on the most sensitive information affecting the security of the United States. The President learns about the latest threats and what the nation's spies are doing to help protect the nation.