Washington (CNN) - The Pentagon will announce Wednesday it is entering into a contract with the Fisher House to ensure families of the fallen are paid the death benefits they are due but have not received because of the government shutdown, a senior Defense Department official told CNN.

The Fisher House, a group that offers assistance to families of troops in need, has agreed to cover the expenses for all families of the fallen and the government will reimburse the organization once the shutdown is over, the official said.
END_OF_DOCUMENT_TOKEN_TO_BE_REPLACED

Washington (CNN) - Even as furloughed civilian Defense Department workers streamed out of the Pentagon, Defense Secretary Chuck Hagel began working half a world away to get all 400,000 furloughed personnel globally back to work.

“Hagel is looking to get as many people back to work as soon as he can,” a senior defense official told CNN on Tuesday.

(CNN) - James Clapper, the director of national intelligence, has apologized to a Senate committee for giving members a "clearly erroneous" answer about U.S. surveillance programs this year.

In a June 21 letter to Intelligence Committee Chairman Dianne Feinstein that is just coming to light now, Clapper said he wanted to "set the record straight." 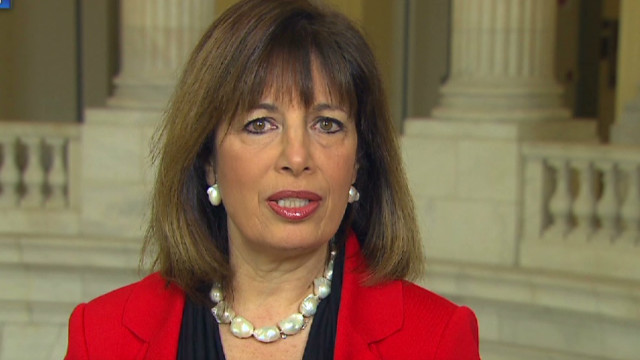 Hagel to give up furlough pay

(CNN) - Defense Secretary Chuck Hagel will give up the portion of his salary that would have been cut if he had been subject to the same work furlough as thousands of department personnel under the mandatory federal budget cuts.

Hagel, who earns $199,700 annually, will write a check to the Treasury for up to 14 days of salary, according to Pentagon press secretary George Little.

Release of SEAL book could ignite fight with the Pentagon

(CNN) - The much-anticipated memoir of a Navy SEAL who helped kill Osama bin Laden hits bookshelves Tuesday to an eager audience whose pre-orders have already put the book at No. 1 on Amazon's bestseller list for two weeks.

But there is one group who may not be as eager to see the release of "No Easy Day: The Firsthand Account of the Mission That Killed Osama Bin Laden."

Romney to get intelligence briefings

(CNN) - The Obama administration is discussing the final details with the Mitt Romney campaign of how and when the first intelligence and national security briefings will be offered to the presidential candidate and his designated campaign officials.

Traditionally, candidates are offered such briefings by a sitting administration as soon as a nominating convention is over.

Washington (CNN) - The Obama administration will stick with the election-year tradition of both Democratic and Republican White Houses in offering presumptive Republican nominee Mitt Romney classified intelligence briefings only after he formally secures his party's nomination at the convention this summer.

"It's a long-standing practice for presidential candidates and select advisors to be provided intelligence briefings following the party's nominating convention," Shawn Turner, the spokesman for the Office of the Director of National Intelligence, told CNN's Security Clearance. "During the last presidential campaign, all the candidates began receiving briefings in September following the conventions."