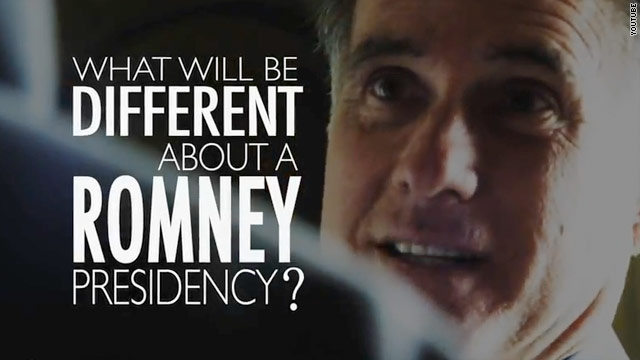 Romney campaign out with third ‘Day One’ TV ad

(CNN) - Mitt Romney's presidential campaign Friday released a new television commercial that says a Romney presidency would signal "that our country is back on the right track."

The spot, titled "A Better Day," is the third general election ad put out by the Romney campaign, following two "Day One" commercials that outlined what Romney would do, if elected president, on his first day in the White House.
END_OF_DOCUMENT_TOKEN_TO_BE_REPLACED