During a White House Hispanic Community Action Summit in Los Angeles, Salazar acknowledged the relative slow pace of economic recovery but emphasized that the nation's steady job growth is benefitting Hispanics across a broad spectrum of economic areas.
END_OF_DOCUMENT_TOKEN_TO_BE_REPLACED 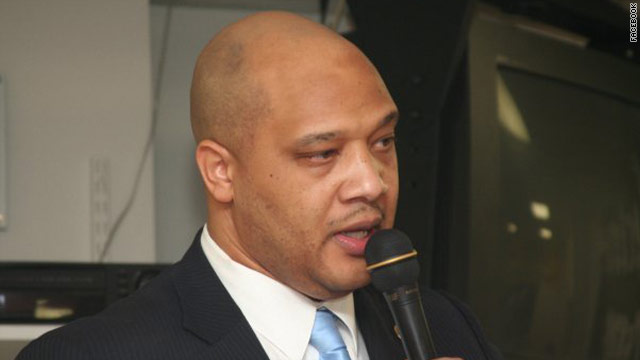 A video surfaced Tuesday on TheBlaze.com, a website run by conservative host Glenn Beck, that shows Rep. Andre Carson, D- Indiana, who holds a leadership role in the CBC, at an August 22 event in Florida.
END_OF_DOCUMENT_TOKEN_TO_BE_REPLACED

LOS ANGELES, California (CNN) - The historical significance of Tuesday's presidential election has a more poignant meaning for African-American students on the campus of UCLA, where polling began at 10a ET.

Voter turnout is heavy and lines were robust. Campus officials said more than 8,000 new registered voters were expected to turn out among the 30,000-plus student body population.

UCLA is where Ralph Johnson Bunche earned a bachelor's degree and became the first African-American to receive the Nobel Peace Prize in 1950. Legendary hall of fame baseball great Jackie Robinson graduated from here and went on to break the color barrier in Major League Baseball in 1947.

Junior Rebecca Aladdin was overwhelmed with emotion because she grew up like Robinson in Pasadena, California, and went to the same middle school as him.

"I am the first one in my family to vote today and it brought me to tears placing my ballot in the box," Alladin said.

She credited her great-grandparents and civil rights pioneers like Robinson and other UCLA predecessors for providing the path toward racial equality in a presidential race.

"This is a moment that brings us closer to that chapter in American history."