Charlotte, North Carolina (CNN) – It began 40 years ago with one delegate from Buffalo. Now, at the Democratic National Convention this week, the call for a federal law recognizing same-sex marriages will become part of the party's official platform.

Madeline Davis was one of only two openly gay delegates at the 1972 Democratic Convention in Miami Beach. In a ground breaking moment, she identified herself at the podium as a lesbian and asked her fellow delegates to adopt language calling for equal rights for homosexuals.

(CNN) - Marcos Chaljub of New York got a life-changing e-mail on Friday.

"I remember getting home and I checked my e-mail," he told CNN on Saturday. "I had an e-mail from the county clerk's office."

Never mind that his partner of five years, Freddy Zambrano, was busy taking a shower. 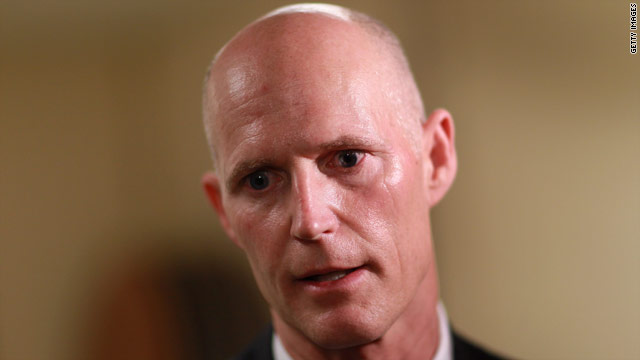 High-speed rail in Florida may be revisited

(CNN) - A proposed high-speed rail line in Florida may not be dead after all.

Florida Gov. Rick Scott rejected $2.4 billion in federal funding last week for a high-speed rail line between Tampa and Orlando, but the project has not run off the tracks yet. U.S. Department of Transportation Secretary Ray LaHood met with Scott Friday morning to discuss the plan in an attempt to keep it alive.

(CNN) - The Obama administration is pulling back $1.2 billion in funding for high-speed rail projects in Ohio and Wisconsin after the governors-elect in both states vowed to kill the proposed train lines.

Transportation Secretary Ray LaHood announced that he would re-direct the funds to other states, with California set to receive the largest sum.
END_OF_DOCUMENT_TOKEN_TO_BE_REPLACED

END_OF_DOCUMENT_TOKEN_TO_BE_REPLACED

[cnn-photo-caption image= http://i2.cdn.turner.com/cnn/2009/images/02/18/art.foreclosure1.gi.jpg caption="A provision in Obama's foreclosure prevention plan would allow judges to mediate loan modifications."]
PHILADELPHIA, Pennsylvania (CNN) - As President Barack Obama unveils his $75 billion plan aimed at preventing home foreclosures, the mayor of Philadelphia is proud the scheme contains an aspect that was first put to the test in the City of Brotherly Love.

Under President Obama's foreclosure fix, judges would able to intervene and mediate loan modifications between the servicer and homeowner.

Philadelphia introduced mandatory court interventions for homes entering into foreclosure in June of 2008. Since then, 600 homes have been saved from foreclosure and about 1,400 are in the process of rescue.

Listen: How does Philadelphia's program work?


"What we're all committed to is helping to make sure that people stay in their homes, that they do not lose their homes because they did not have an opportunity to renegotiate whatever their rate was, whatever their term was," Nutter said.