(CNN) - All politics is local, the Massachusetts sage Tip O'Neill was known to say, an adage that applies to Mitt Romney's trip to Israel.

The presumptive Republican nominee for president of the United States included the so-called Holy Land in his itinerary for secular purposes, seeking support in precincts with concentrations of Jewish voters, including those in so-called battleground states, such as Palm Beach and Broward counties in Florida, Clark County, Nevada, and Cuyahoga County, Ohio.

Editor's note: As President Barack Obama and GOP candidate Mitt Romney court the Latino vote, CNN takes an in-depth look at this complex and diverse community, what matters most to Latino voters, and how their vote will influence the November elections.

Washington (CNN) - The first Latino president of the United States already has been born.

Henry Cisneros, the former San Antonio mayor who was secretary of the Department of Housing and Urban Development in the Clinton administration, made the suggestion three years ago in an interview with the Spanish-language news service EFE. 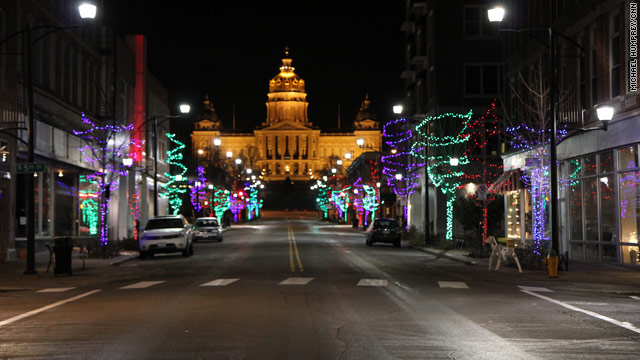 (CNN) - While the visiting national news media focuses on the latest utterances of Republican presidential hopefuls in advance of the January 3 caucuses, many Iowans have found a bone to pick with a journalism professor - from the University of Iowa, no less - who wrote:

"Whether a schizophrenic, economically depressed, and some say, culturally challenged state like Iowa should host the first grassroots referendum to determine who will be the next president isn't at issue. ... In a perfect world, no way would Iowa ever be considered representative of America, or even a small part of it. Iowa's not representative of much."