END_OF_DOCUMENT_TOKEN_TO_BE_REPLACED

Kentucky leaders go in opposite directions on same-sex marriage appeal

(CNN) - Kentucky's governor will hire outside lawyers to appeal a federal judge's ruling on same-sex marriage, after the state attorney tearfully refused Tuesday to take part in further legal challenges.

The ruling requires officials to formally recognize legal marriages among gays and lesbians performed outside the state.

END_OF_DOCUMENT_TOKEN_TO_BE_REPLACED

In a surprising twist just hours before the start of the New Year when most major rules of Obamacare were set to take effect, Justice Sonia Sotomayor exempted two Catholic Church-affiliated nonprofits from having to provide contraceptive coverage to employees of face fines for non-compliance.
END_OF_DOCUMENT_TOKEN_TO_BE_REPLACED

When it comes to deciding the presidential race, you have probably heard the oft-mentioned narrative: No Republican candidate in recent memory has claimed victory without first winning the Buckeye State. And a diverse state like Ohio, with 18 electoral votes, has long been evenly split between the two parties.

CNN - Florida Democrats have asked a federal judge to order an immediate extension of early voting hours, citing "unprecedented voter turnout," especially in the southern part of the state.

The lawsuit filed Sunday in Miami seeks an emergency injunction to give voters a greater opportunity to cast ballots in Broward, Miami-Dade, and Palm Beach Counties. Early voting in the state had ended Saturday. 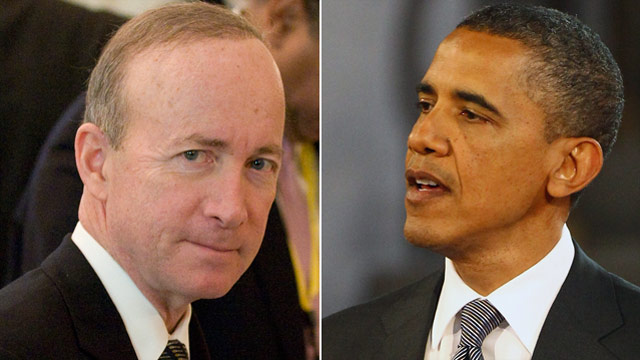 WASHINGTON (CNN)–The Obama administration is attempting to block Indiana from enforcing a new law that would keep low-income women from using federal Medicaid benefits to receive any kind of reproductive medical care from Planned Parenthood.

The Department of Health and Human Services notified state officials of its decision by letter on Wednesday. The restrictive state law signed last month by Republican Gov. Mitch Daniels was designed to keep clinics run by the private group from performing abortions, because any that did so would lose virtually all Medicaid-funded business.

(CNN) - A federal judge in Florida on Thursday rejected a motion by the government to dismiss some counts of a multi-state challenge to the sweeping health care reform signed into law by President Barack Obama earlier this year.

The ruling by Senior U.S. District Judge Roger Vinson means the lawsuit filed by attorneys general from Florida and 19 other states can proceed on questions of whether the health care law is constitutional in requiring citizens to obtain health care coverage or face financial penalties, as well as forcing states to expand Medicaid.

Vinson threw out four other counts of the lawsuit.

WASHINGTON (CNN) - In a much-anticipated ruling issued Thursday, the California Supreme Court struck down the state's ban on same-sex marriage as unconstitutional.

Several gay and lesbian couples, along with the city of San Francisco and gay rights groups, sued to overturn state laws allowing only marriages between a man and a woman.

"There can be no doubt that extending the designation of marriage to same-sex couples, rather than denying it to all couples, is the equal protection remedy that is most consistent with our state's general legislative policy and preference," said the 120-page ruling.

Election Center: Find out where the candidates stand on same-sex marriage