"Latino voter enthusiasm is up," said Arturo Vargas, executive director of NALEO. A recent poll by ImpreMedia-Latino Decisions confirms that analysis, counting three quarters of Latino voters as actively engaged in the election with 14% of all Latinos saying they are actively working on getting out the vote.
END_OF_DOCUMENT_TOKEN_TO_BE_REPLACED 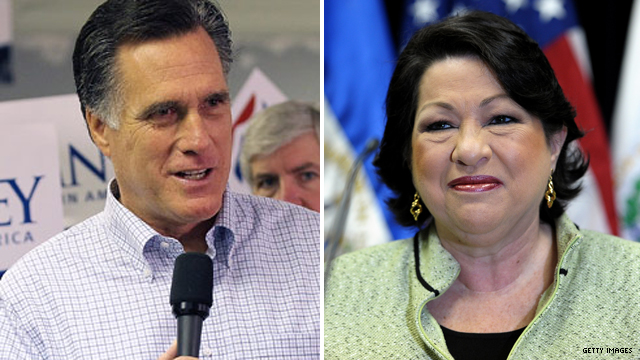 In a pro-Romney radio ad released this week in Ohio, conservative Jay Sekulow says that Rick Santorum's 1998 vote to confirm Sonia Sotomayor to the federal circuit court "put her on a path to the Supreme Court."
END_OF_DOCUMENT_TOKEN_TO_BE_REPLACED