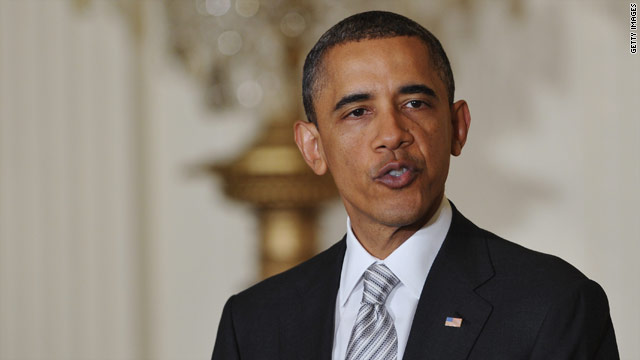 U.S. ends its bid to get Israel to extend a freeze on settlements

Washington (CNN) - The United States has dropped its efforts to get Israel to extend a settlement freeze as a precondition to resume Middle East peace talks, a State Department official said Tuesday.

"We have determined a moratorium extension at this time will not provide the best basis for direct negotiations," said the official, who added that talks with Israel on the matter have ended.
FULL STORY

Both sources described the trip as a "private humanitarian mission" to free Gomes, a 31 year-old Boston resident who was sentenced in April to eight years at a hard labor camp for illegally crossing North Korea's border with China and for an unspecified "hostile act."

While President Carter contacted the Obama administration about the trip, no officials will be traveling with him and he "will not be carrying any message on behalf of the United States government," the senior official said.

North Korean state media KCNA reported Gomes attempted suicide because he felt the US had not done enough to free him.

END_OF_DOCUMENT_TOKEN_TO_BE_REPLACED

The sources said President Barack Obama is expected to invite the parties to talks in Washington in early September. But they cautioned the final details were still being worked out.

If the talks resume, it would be the first time since peace talks broke down in December 2008 over Israel's three-week military offensive against Hamas in Gaza.

Debate Iran? No, but talks are possible

Washington (CNN) - President Barack Obama has a chance to make good on the campaign pledge he made during the CNN/YouTube debate back in 2008: to sit down with Iranian President Mahmoud Ahmadinejad.

This week Ahmadinejad offered to meet "face-to-face" in a debate before the media "to put the world's issues on the table to find out whose solution is better."

The regime in Tehran has repeatedly rebuffed U.S. attempts at engagement, thwarting the international community as it continues to pursue its nuclear program, which it claims is for peaceful purposes. The United States and its allies maintain Iran is seeking to develop a nuclear weapon.

[cnn-photo-caption image= http://i2.cdn.turner.com/cnn/2010/images/05/21/art.clinton.dnc.jpg caption="Secretary of State Hillary Clinton is leading a delegation of more than 200 officials to China."]Washington (CNN) - China is a country of big numbers. More than 1 billion people live there. The Great Wall, at its longest, was more than 6,000 miles long. So maybe it is no surprise that it takes a big delegation to meet the Chinese.

Secretary of State Hillary Clinton is leading a delegation of more than 200 officials from the Obama administration to China for next week's Strategic and Economic Dialogue.

Maybe it pales in comparison to China's population, but in the diplomatic world, that's big. Assistant Secretary for East Asia Kurt Campbell called it one of the largest groups of Cabinet and sub-Cabinet officials from the United States ever to visit China. The group includes "virtually all elements of the U.S. government," Campbell said.

END_OF_DOCUMENT_TOKEN_TO_BE_REPLACED

Analysis: U.S. has no choice but to work with Karzai, for now

[cnn-photo-caption image= http://i2.cdn.turner.com/cnn/2010/images/05/13/art.obama.karzai.jpg caption="Hamid Karzai will visit Arlington National Cemetery on Thursday."]Washington (CNN) - Six weeks ago in Kabul, President Obama struggled to find something positive to say about his host, Afghan President Hamid Karzai. U.S. National Security Adviser James Jones was far less diplomatic, saying his boss wanted Karzai to understand "that in his second term, there are certain things that have not been paid attention to, almost since Day One."

That frosty visit was followed by weeks of hostility between Washington and Kabul, during which Karzai made a string of anti-Western comments.

He blamed the West for corruption in Afghanistan, accused the U.S. and its allies of fraud in the election that kept him in power and even threatened to join the Taliban if the international community continued to pressure his administration.

An incensed White House threatened to cancel this week's visit. Yet there were no visible tensions Tuesday when Hillary Clinton welcomed Karzai to the State Department for several days of talks including military, defense, diplomatic and intelligence chiefs from both countries, and meetings with President Obama.

Washington (CNN) - Five years after the Indian Ocean tsunami devastated the Indonesian region of Aceh and killed 200,000 people, reconstruction is still under way.

The destruction unleashed by the Haiti earthquake is comparable, but the challenge to rebuild the country is even greater, and the recovery process likely will take even longer.

To call Haiti a "fragile" state before this month's devastating earthquake would be generous. Haiti is the poorest country in the Western Hemisphere and one of the poorest in the world, with unemployment at more than 50 percent and more than half of the population living on a dollar a day.

Now about 400,000 people have been left homeless. And with the majority of the capital's businesses destroyed, Haitians have gone quickly from poor to destitute.

[cnn-photo-caption image= http://i2.cdn.turner.com/cnn/2010/images/01/13/art.flatbldg0113.gi.jpg caption="Onlookers examined what remained of a flatten building in Port-au-Prince Wednesday, the day after a large earthquake struck near Haiti's capital city."]
Washington (CNN) – The coordinator for U.S. assistance to Haiti in the aftermath of the earthquake said Wednesday the entire government is marshalling a massive response, with the immediate goal of saving as many lives as possible within the next 72 hours.

"We are working aggressively and in a highly coordinated way, across the federal government, to bring all of the assets and capacities we have to bear to quickly and effectively provide as much assistance as possible," said Rajiv Shah, Administrator for the US Agency for International Development.

President Barack Obama tapped Shah, who was sworn in just last week, with leading "a swift, coordinated and aggressive effort to save lives" in Haiti after that country's powerful 7.0-magnitude earthquake.

"We are in the process of trying to generate as many potential options and put as many assets as we have into where they could potentially be used quickly and efficiently to achieve that goal," Shah said.

To that end, Shah said USAID would have a 15-member disaster response team (DART) on the ground in Haiti Thursday "doing surveillance, collecting data, identifying priority sites" and guiding the search and rescue effort. Two 72-member search and rescue teams were en route to Haiti with equipment and technology to begin operations.
END_OF_DOCUMENT_TOKEN_TO_BE_REPLACED

Did Clinton meet with Santa?

On the way to her home in New York from Washington, Assistant Secretary PJ Crowley told reporters Clinton stopped at the North Pole "for an important bilateral meeting with a well-known international figure."

Crowley declined to say who the meeting was with, but a senior State Department official told CNN the tete-a-tete was with none other than the leader the North Pole himself, Santa Claus.

"During the meeting, in a formal de marche, sung to the tune of '12 Days of Christmas'...the secretary outlined her aspirations for the new year," Crowley said, citing "open and accountable governments, Middle East negotiations, more civilians in Afghanistan, empowerment of women, fewer nuclear weapons, respect for human rights, resolution of historic grievances, treaties through the United States Senate, six-party talks, dialogue with Iran, enough food for people of the world to eat, climate change legislation and, lastly, a championship for the Boston Red Sox."

Crowley confessed that Red Sox championship was his own Christmas wish, which he gave sitting on Santa's lap after the Clinton meeting.