Gone were Tuesday's repeated expressions of frustration, stern demeanor, and the suggestion that questions about scandals relating to the IRS, Benghazi talking points, and investigations of media outlets had become as frivolous as those that were raised about President Obama's birth certificate.
END_OF_DOCUMENT_TOKEN_TO_BE_REPLACED

(CNN) - A Pennsylvania man was arrested Wednesday on suspicion of making a bomb threat near the White House, according to the Secret Service and Washington's Metropolitan Police Department.

Krzysztof Wasik, 44, of Hazel Township, Pennsylvania, walked up to a White House gate Wednesday morning and told guards he had a bomb in his vehicle that was set to explode, police said.

(CNN) – President Barack Obama will be on hand for the opening of former President George W. Bush’s library later this month, one of the few times the two have united in person since Bush left office four years ago.

“President Obama and the First Lady look forward to participating in the formal opening of a library that will be dedicated to a President who led our country in difficult times at home and abroad,” said White House Deputy Press Secretary Josh Earnest Wednesday. “It’s difficult to fully comprehend what it’s like to serve as President of the United States unless you’ve done it – and President Obama has developed a good relationship with both President George W. Bush and President George H.W. Bush.”
END_OF_DOCUMENT_TOKEN_TO_BE_REPLACED

(CNN) – Seeking to ignite congressional movement on immigration reform, President Obama said Monday he expects the Senate to take significant action on the issue next month.

"I expect a bill to be put forward. I expect the debate to begin next month. I want to sign that bill into law as soon as possible," Obama said at a naturalization ceremony at the White House.
END_OF_DOCUMENT_TOKEN_TO_BE_REPLACED 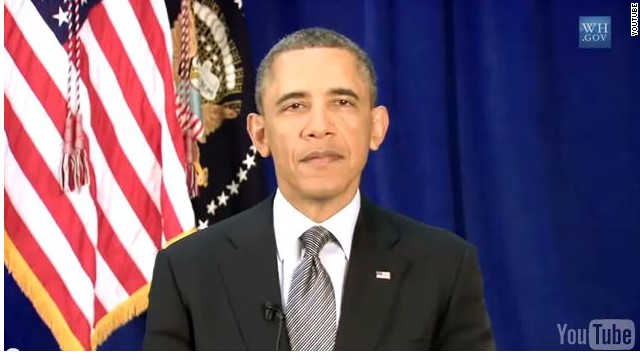 On eve of Israel trip, Obama tells Iran to disarm

Washington (CNN) - On the eve of his first trip as president to Israel, President Obama on Monday delivered a message to Iranian's leadership saying that the country will face increased isolation if it continues to pursue a nuclear policy.

The comments came as part of the president's video address to the Iranian people marking the beginning of Nowruz, the Iranian New Year.
END_OF_DOCUMENT_TOKEN_TO_BE_REPLACED 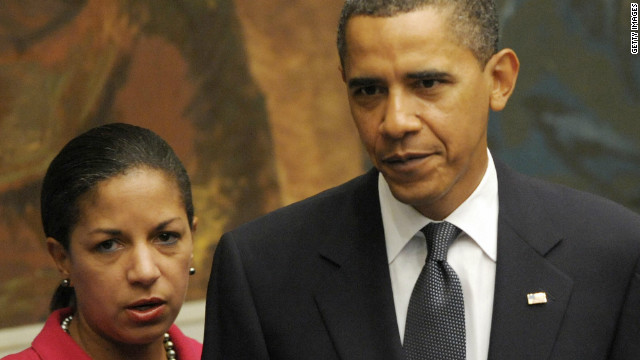 Rice meeting with Obama Friday, not expected to get NSA post

Washington (CNN) – Oh to be a fly on the wall in the Oval Office Friday when President Obama meets with U.N. Ambassador Susan Rice.

The private one-on-one meeting comes the day after Rice abruptly withdrew her name from consideration to be the next secretary of state, citing a “lengthy, disruptive, and costly” confirmation process. 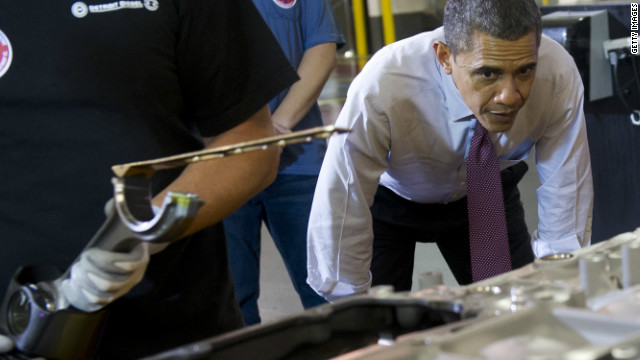 "I am not going to have a situation where the wealthiest among us, including folks like me, get to keep all our tax breaks," Obama said, adding, "when they start making a million, or 10 million, or 20 million, you can afford to pay a littler more. They are not too strapped."
END_OF_DOCUMENT_TOKEN_TO_BE_REPLACED 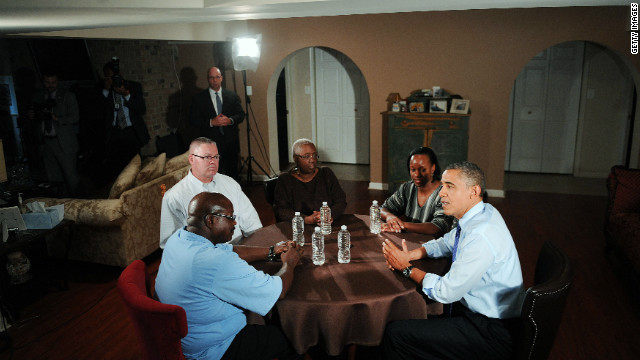 (CNN) - In one of the White House’s more elaborate photo-ops surrounding the ongoing fiscal cliff standoff, President Obama Thursday ventured nine miles west of Washington, D.C., to sit down with what his aides described as a “middle class family” in Falls Church, Virginia.

“For them to be burdened unnecessarily because Democrats and Republicans aren’t coming together to solve this problem gives you a sense of the costs involved in very personal terms,” the president told reporters flanked by members of the Santana family in their living room. 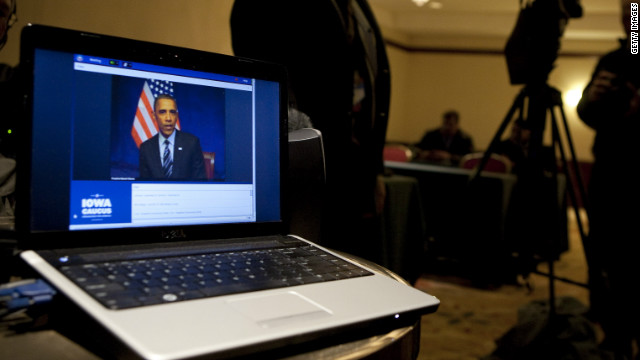 Washington (CNN) - President Barack Obama took his message on the so-called fiscal cliff negotiations to Twitter Monday, personally responding to a handful of selected tweets regarding the ongoing debate over proposed changes to taxes and spending.

But while Twitter may have provided a fairly new venue for Obama to convey his message (he’s personally used Twitter only a handful of times), the president’s talking points on the issue mirrored those he has delivered repeatedly since negotiations began in earnest last month.

Washington (CNN) - The last time President Barack Obama held a full-blown news conference at the White House, his first campaign rally was two months away and former Pennsylvania Sen. Rick Santorum looked to have the upper hand over Mitt Romney in the GOP presidential primaries.

To be sure, in some ways the political landscape has changed dramatically since Obama fielded questions from the White House press corps on March 6: He is now assured of four more years in the Oval Office and can claim fresh leverage in his dealings with Republicans over reaching a budget deal.